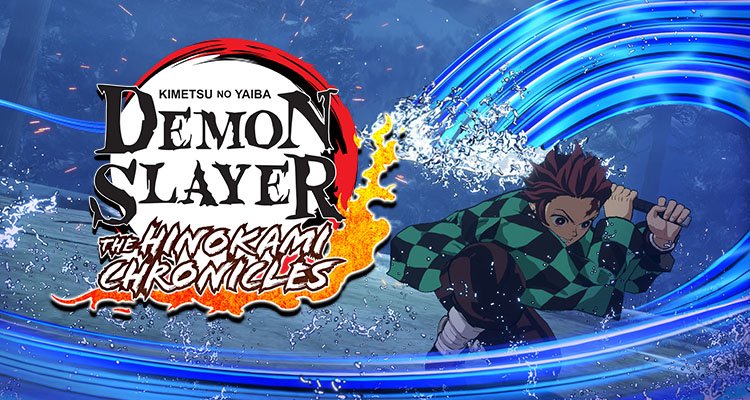 Kimetsu no Yaiba fans rejoice! The first console game adaptation of the franchise just dropped and it’s as beautiful as – maybe even more than – the UFOtable anime. Hinokami Chronicles follows the first few manga arcs of the popular series, covering up ’til the end of the Mugen Train arc. How does it fare as an anime game? As a fighting game? Is it just another Ultimate Ninja Storm clone? Did Sega score a win for this?

First off, let’s address the concerns that many had when Hinokami Chronicles was first announced – how much content is going to be in it? Well, one thing we have to understand is that, like Ninja Storm, it will follow the progression of the anime, despite the manga over a year ago, so as not to preempt the mainstream watchers.

Despite Kimetsu no Yaiba being quite the sensation for the longest time, it’s surprising to see that the anime still has a lot to cover. And it shows in the story covered in Hinokami Chronicles. It condenses all the important scenes from the anime’s first 26 episodes into 9 short ones in game. It’s a good jump-in point for fans looking to get into the series, as well as a great refresher for longtime followers. But as someone looking into longevity, the story mode is very short – something you can finish in between lunch and dinner.

The game does force you to play through its story mode first to unlock the roster, as well as most of its modes. While mildly hassling for those looking into plugging in and playing right after buying it, it does give off a nostalgic PS1 experience where you really spend time getting to know the story, the system, and the characters before you actually get to use them. The story parts don’t actually drag as they focus mainly on the action parts of the episodes, and keep everything else in skippable cutscenes.

Gameplay-wise, it surprisingly has a very solid system – having distinct recovery times, power scaling, and a meter system – unlike most other anime arena games that are wildly unbalanced and clunky just for the sake of releasing fanservice. It is very simplistic though as you only have dedicated buttons for normals, specials, guarding, and dashing. You can have some depth with the ability to dash cancel, jump cancel, and call assists – but the combo system really was made simple enough for the casual non-fan and non-fighting game player to appreciate. Some characters are blatantly made stronger than others, but it’s negligible enough and not a single character feels underdeveloped – not even the joke character. While the gameplay may not be EVO material or something that may survive until the next anime game comes along, it’s a solid enough fighting game for a game night among casual enthusiasts.

Visuals are one of Hinokami’s strongest points. It takes heavy cues from the UFOtable anime – even improving on some of the money shots – by making it more dynamic in cel-shaded 3D and faster paced game cuts. The models themselves are nothing impressive, but they do take on the original style quite well. The best part about the aesthetics in the game is the environments. I’m willing to bet that the exploration parts of the story made were mainly included to flex the expertly designed and textured maps of the game. Despite there only being quite a few locations, Hinokami makes the most of it by really showcasing their beauty with dramatic camera movements and angles,

I could see them following the Ninja Storm progression wherein they will release a new iteration every time the anime progresses. The IP’s popularity will surely sustain the serial release. As it is now however, we kinda have to admit that it is kind of bare-bones. They tried to stretch the roster out with omake versions of the characters but they couldn’t even flesh those out as characters of their own – having the exact same moveset as their base versions save for their comical bursts. Additional DLC for the game has been announced but it’s looking to be just making the already existing demon characters in the story mode be playable (as well as balanced) so it’s not really looking that hopeful for this iteration.

It’s definitely something for the fans and the casual gamer, but it’s probably not for those looking to satiate their hunger for a new fighting game to sink their teeth into. 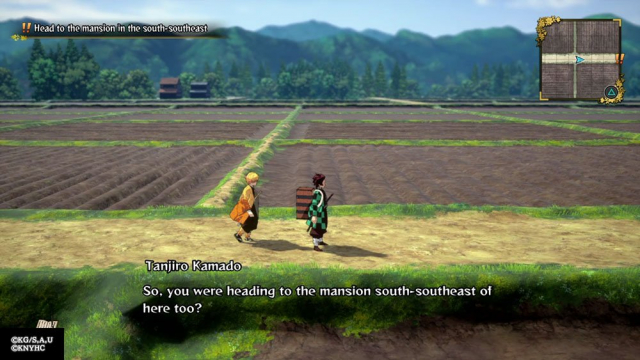 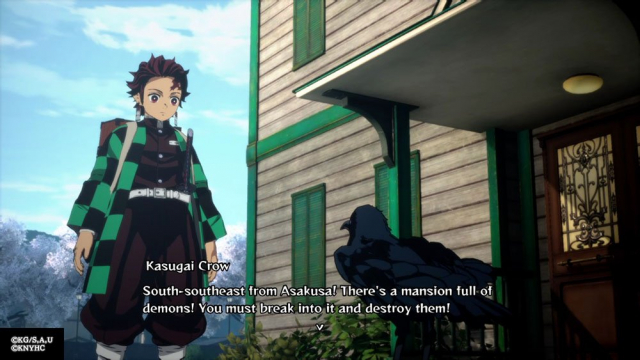 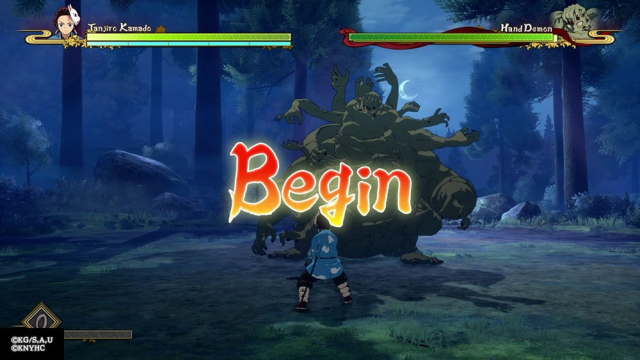 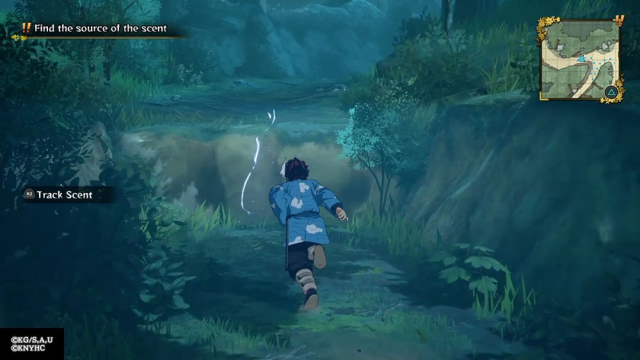 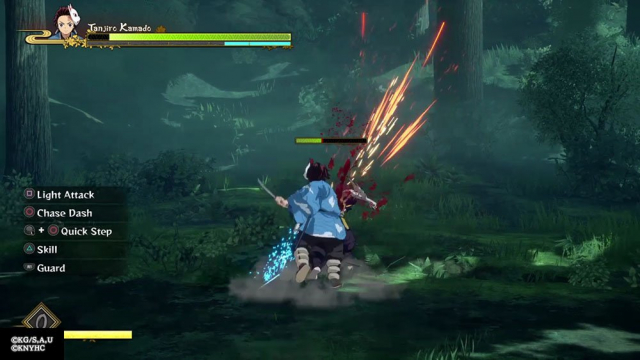 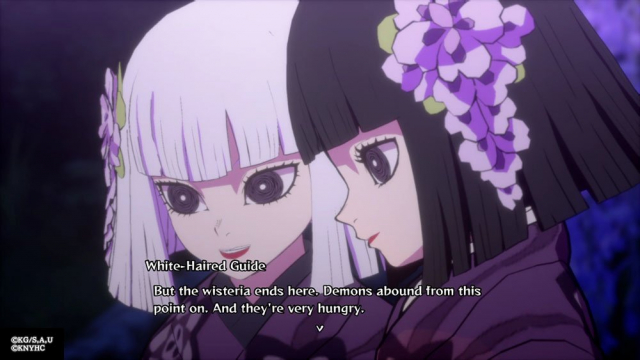 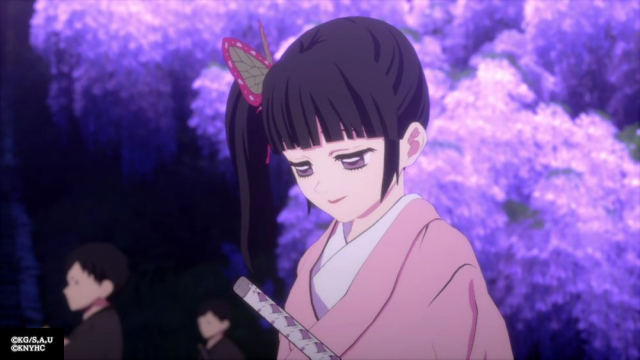 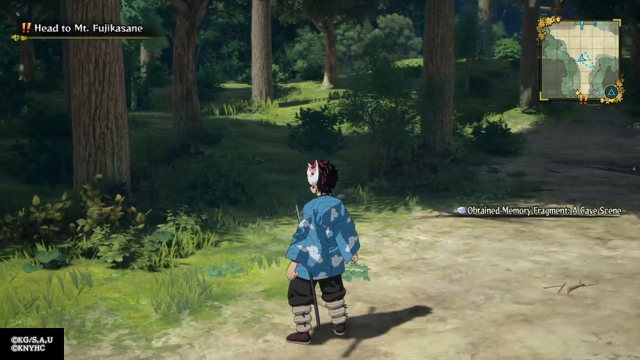 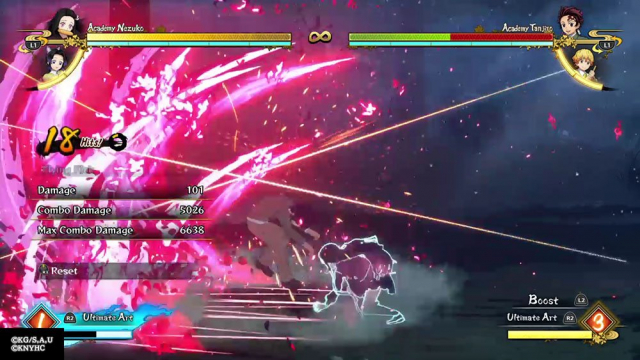 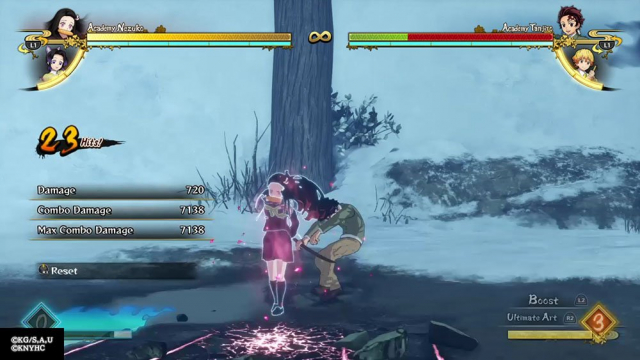 Kimetsu no Yaiba: Hinokami Chronicles (PS4)
Graphics
100
Gameplay
80
Controls
90
Replayability
70
Story
80
Reader Rating0 Votes
0
DA Good
Top-notch adaptation of the KNY anime so far
Graphics and action are UFOtable quality
DA Bad
Not enough content to last you past a weekend
Really just for the fans
84
Must buy for fans!