The King Of Fighters XV (PS4)

The fighting game community has been in a sort of drought as of late, as there hasn’t been any (reasonably positive) news and updates for upcoming fighting games. What we had for most of last year were extended seasons of kinda dated major fighters, lukewarm DLCs, and the occasional interest-piquing indie title.

We’ve had Guilty Gear Strive, Melty Blood Type Lumina, and the rollback update to Blazblue Centralfiction, but beyond that, fighter fans have been starving. Which is why you can guess the amount of hype people have when King of Fighters inched closer and closer to its release date – each trailer sporting a fresh coat of paint and the return or introduction of something beloved by the community.

FGC Twitter peeps who participated in the betas and the early access can’t stop singing its praises. With its release last week, we check in and see if the SNK classic lives up to its hype.

It’s a definite glow-up from KOF XIV. While it may not be on par with other modern 3D fighters like Tekken or Mortal Kombat, XV enjoys a pleasant mix of anime-style models, better shaders and textures, and a healthy mix of nostalgic designs with modern touches. Most of the returning cast received amazing redesigns.

XV shares the same graphics engine as its visual fest of an older cousin Samurai Shodown and it uses it with its own treatments and flavors. While it’s not AAA levels of graphics, it really all meshes together with its tactical use of bright, vibrant character renders and popping effects against a detailed but muted background, giving you an aesthetically-pleasing business that isn’t messy or distracting. 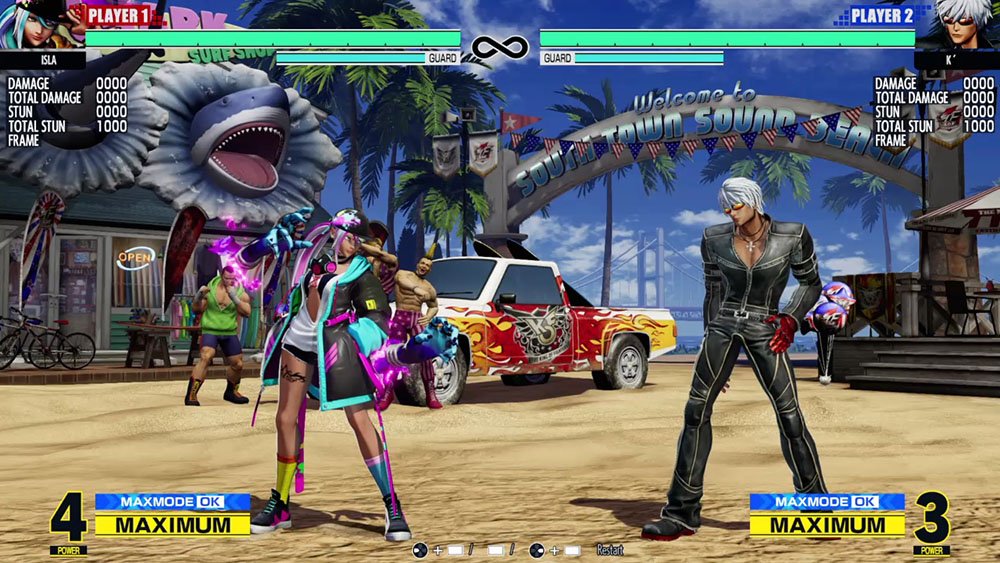 We’ve all seen the memes and the videos. People used to be so intimidated by KOF because of its daunting mechanics, pretzel motion inputs, and high level executions – most notorious example being the KOF XIII combo trials. But fans and FTG enthusiasts will be glad to know that they made it more accessible by simplifying the inputs to just basic quarter circles without sacrificing the depth of the battle system and the execution – which is better than how Strive handled it.

XV improves on XIV’s system by retaining the cancel series (specials to lvl1 supers to lvl2s or lvl3s) and expanding it further by being able to do the entire 1-2-3. They’ve also made EX moves available outside of Max Mode just like the older titles. The addition of the Shatter Strike mechanic (which provides a stun and the chance to restart a ground combo, or a wall bounce on counter hit juggle) is also an exciting new feature. Now while this may all seem daunting to newcomers, it’s actually very straightforward and gives you more freedom than what other current fighting games have to offer. 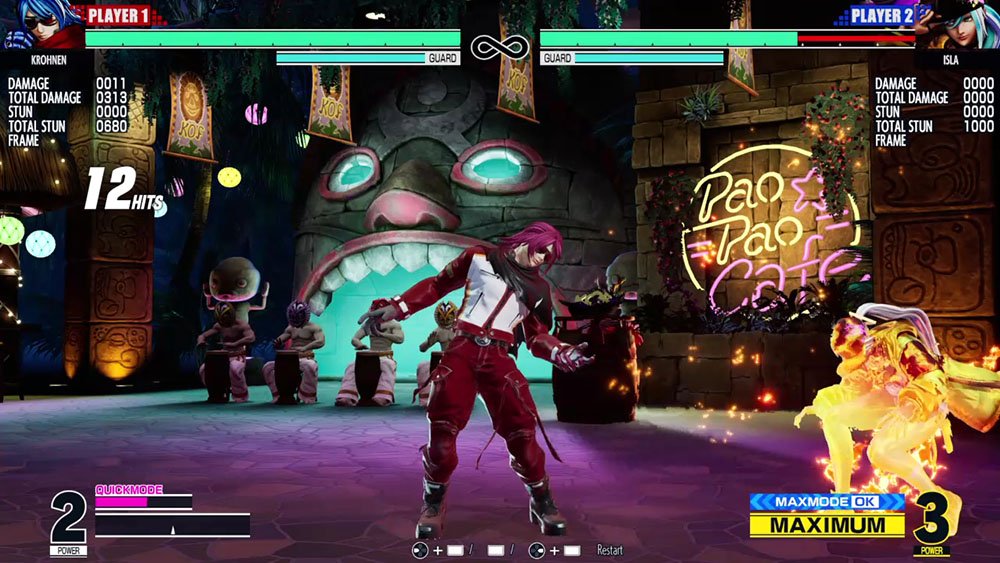 One of its best features is its rollback netcode. The devs are aware that past titles are still very active online and that the use of netcode for titles like 98 and 2002 UM have really kept the community engaged and satisfied. They consulted Code Mystics, the team responsible for UM’s netcode to make sure that XV delivered the same accessibility. And boy, did they deliver. Matchmaking is done fast and the lobbies are easy to navigate, making XV one of the favorites to play online.

The only con I can see is that it’s lacking in terms of single player content. Beyond online versus, the only other modes available are offline versus, training, and story mode (which is just the arcade mode with special cutscenes for the team intro, fated battle intros, the boss scenes, and the endings). Not really mad about it, since the fighting is where the meat is. But modes like time trial or survival mode wouldn’t hurt, and that’s just something they can add later on.

Beyond the amazing gameplay, KOF XV really dips down into the nostalgia pool. There are only a couple of newcomers (unlike XIV where a huge fraction were new characters) opting to bring back old fan favorites – ever hinting and promising more returning characters via DLC. This is a good move considering KOF has one of the largest character pools in any fighting game franchise and seeing all these characters interact with one another in light of all the past events is a treat for long time followers of the series. While there is a dedicated ending for the default teams in story mode, SNK went the extra mile and also included a ton of unlockable fully-voiced endings for certain combinations of characters, which would delight fans as they have more reason to keep replaying story mode.

One other addition (that should be standard in long-running franchises) is DJ Station. This allows you to customize the music of specific parts of the game (like the character select, normal battles, and boss battles) with any song from KOF’s vast library of BGMs. And as a fan, I can attest that a lot of these songs are certified bangers.

SNK really spoiled their fans with all these glow-ups, inclusions of fan-favorites, and catering to fanservice. It really showed that they listened to feedback during the betas and they promised that they’ll keep improving XV moving forward. SNK also did a good job of not alienating new players by making the gameplay more accessible. KOF XV did not hold out on pleasing vets with the deep potential of the combo system and smooth netplay. It may even prove to be a bigger launch than Strive, proving that, yes, KOF XV really is the KING of fighters.

King of Fighters XV has been released for all platforms. If you’re an SNK/KOF fan, or a fighting game enthusiast looking for the next best thing to sink your teeth into, this title is a definite must-play.