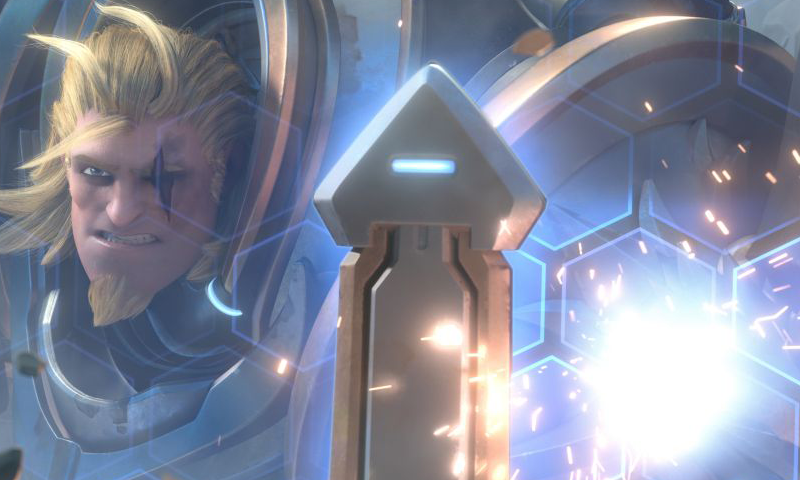 Blizzard has once again shown its skill in putting together poignant stories with their release of a lore clip for the character of Overwatch’s Reinhardt. One of the few characters I’ve been able to play with any degree of comfort, Reinhardt’s backstory is not unknown to me. He’s long been pegged as one of the old guard of the Overwatch team, a veteran of the war with the robotic Omnics.

Being able to see a young, hot-headed Reinhardt was interesting, if not particularly new. But nonetheless, despite the predictable story, there’s something simple and true that resonates with those who watch the short film. It is a common situation that the young are often full of energy and passion, many times to the point of foolishness, while those with experience are tempered and often must intervene to reign in and teach gung-ho youths – who usually don’t heed such words until they are too late.

It recalls the cautionary statement to heed wisdom and good advice, such as is stated in Proverbs 13:1:

“A wise son heeds his father’s instruction, but a mocker does not respond to rebukes.”

Reinhardt in this case would be the “son” and “mocker” who did not heed his mentor, Balderich von Adler until it was too late. It was only when he was confronted with the seriousness of his captain’s injury that it began to dawn on him what the consequences of his glory hound mindset had resulted in. A life of honor and glory was not what he originally had thought it was, after all.

It is an unfortunately common situation that most people look at their lives and focus on the self. Taking care of one’s self is just right. But it is a reality that we usually go beyond simply taking care of ourselves, and instead tend towards ego-feeding and trying to satisfy a variety of self-centered appetites. This kind of life is, as we can see in many stories, destructive and damaging not only to ourselves but to people around us. A more complete life is one that is focused outwards and upwards – anchored in a humble, healthy knowledge of who we are and how we can make an impact in the world, both for good or for ill.

As the film ends, a much older and wiser Reinhardt responds to his young mechanic. His mindset has clearly changed since the old battle at Eichenwalde. Why go back and keep giving to a call that had rejected him? I believe his answer reveals the values he learned to live by. His life is not for his own glory, but that his life is one of honor because it is lived for others. And thus, he can say that he must answer the call – always.