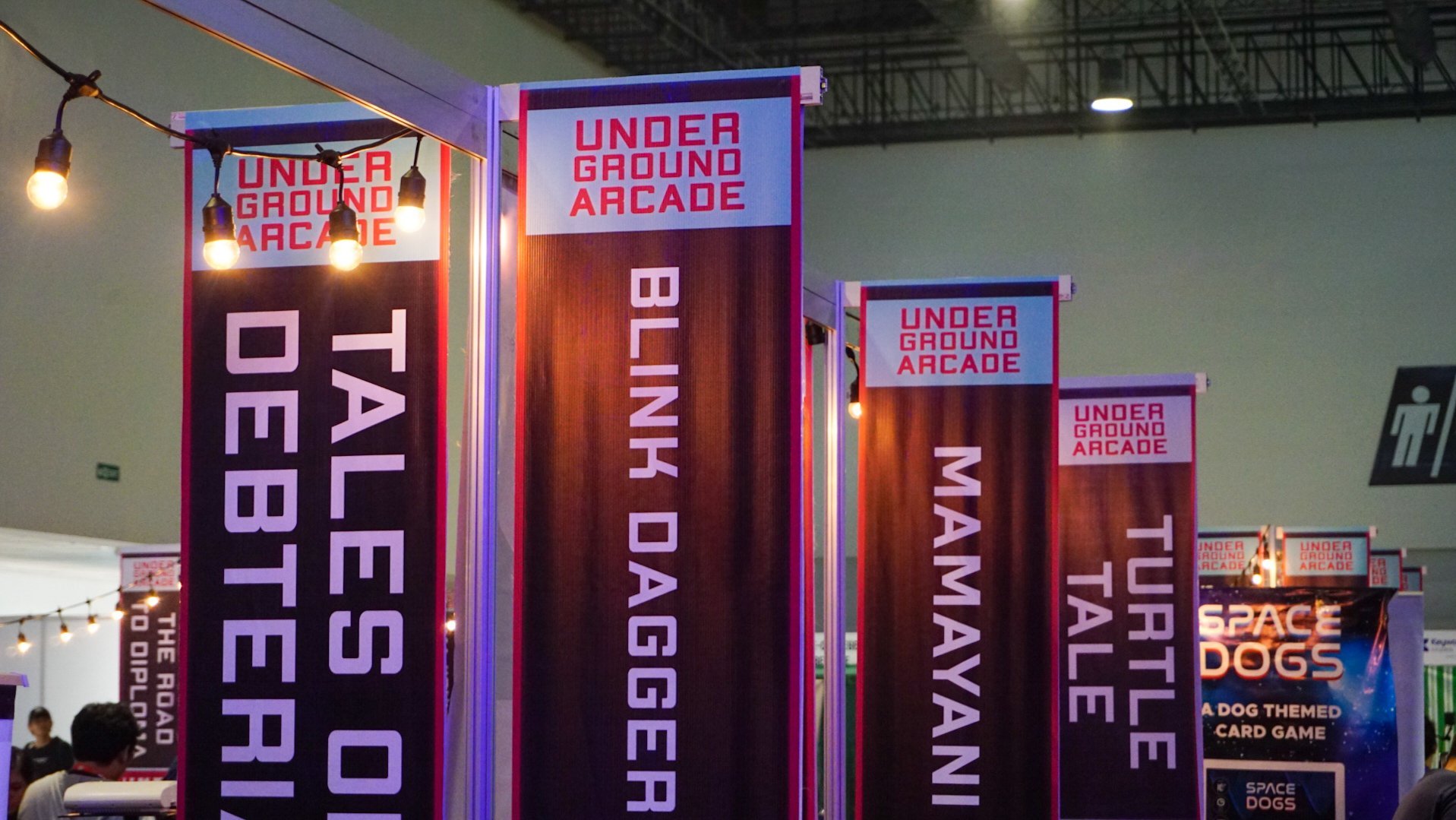 Games To Try out at ESGS 2019’s Indie Fiesta

It’s that time of the year again! Esports and Gaming Summit 2019 has arrived, and with that comes new and upcoming indie games. This year there were some new and some old, but I’ll be focusing on some of the newcomers, as I wasn’t able to try them all.

Couch Fightato is a 4-player game where players fight for control of the TV. Players assume the role of literal couch potatoes wielding stun guns and TV remotes. The goal? to be the first to 3 points. Players gain points when their meter gets filled from having control over the TV. Once a point is gained the TV reappears in a different location on the map. The game is very simple, but the theme carries it making for silly fun.

Lawmage Academy is a JRPG mixed with the world of Harry Potter. Players take on the role of students enrolling in, you guessed it, Lawmage Academy. You’ll be sorted into one of 4 houses, given spells, based on your answers to the questions from the sorting book. The version here in ESGS 2019 has players enrolled in combat class, but the full game, as I was told, will feature other classes like potion brewing, and spells. Each choice you make in the game, every spell you know will affect how you approach the game itself, like how a water spell is used to grow a plant to give you access to a chest, or how earth spells can destroy a boulder blocking your path. The game is also free to download on itch.io, but I suggest you come on down to ESGS 2019 so that you can also have a talk with the sole developer of the game.

a 3D platformer where you, a slice of meat run over spices and get processed, all for the goal to become the hottest dog. The game is silly, with their artwork and animation. The game could use some work on the map or distance between checkpoints, but this doesn’t mean you shouldn’t try it for yourself.

Manila 2076, is a trick-taking card game. Set in the year…2076 as the title says, the players must Sneak, Attack, and Hack their way to gain the most intel. Each player is given a hand of cards varying from Sneak, Attack, and Hack cards. the game has 3 cards played out on the field, these are the info/data that the players will fight for. 1 player chooses a type of data, and makes it vulnerable. Players choose cards to play, the player with the highest value in the appropriate card gets to take the cards and add them to their respective score pile. The vulnerable cards are played face-up in the lengthwise orientation, while the others are placed in their respective areas in a sideways position. The game shines with more than 2 players giving each player more to think about.

a game about spies, your goal, should you choose to accept it, is to complete one of the yellow cards. Some require you to hold on to it until the deck runs out, some require you to not be holding it, another one is to prevent a target from being discarded. Each turn the active player draws 2 and can play up to 3 mission(action) cards. If I had to say the game is Love letter mixed with Fluxx with the changing objective.