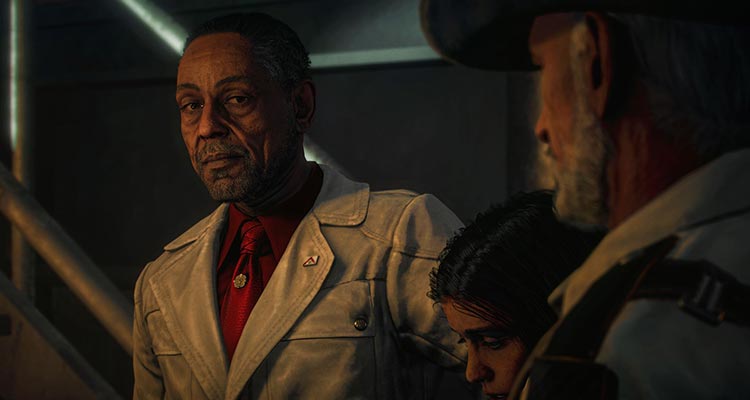 Ubisoft has announced that Far Cry 6 will finally be released this year October 7 globally on the Xbox Series X | S, Xbox One, PlayStation 4, and PlayStation 5 with the PC version exclusively on the Epic Games Store and Ubisoft Store.

Lead by Ubisoft Toronto, Far Cry 6 is set in the tropical island Yara, which is in the heart of the Caribbean. We’re set to experience the revolution to liberate the Yaran people from the dictator Antón Castillo (played by Giancarlo Esposito) and his teenage son Diego (Anthony Gonzalez).

We get to play as Dani Rojas, a local Yaran and military dropout. We get to choose to play Dani either as a man or a woman, and will join forces either with the revolutionary group, Libertad, with Clara Garcia as leader or, we join Juan Cortez, a jaded ex-KGB spy and guerilla master who is set to take down Antón.

As Dani Rojas, we will have to embrace the “resolver” spirit. A philosophy of resourcefulness accross Yara. The “resolver” spirit philosophy is to make use of everything and whatever we have to inflict chaos on the regime. Fueled by the “resolver” mastermind Juan Cortez, the game features a broad and unusual arsenal of customizable “resolver” weapons and tools. Examples include a motorcycle engine powered minigun to a homing missile throwing backpack. Maximizing the “resolver” will grant Dani the power of an entire guerrilla army.

Ubisoft promises unprecedented freedom to experience the game the way we want by supporting our playstyle, whether we choose a stealthy or forceful approach. In addition to resolver options, we will be able to pick traditional weapons and use new ways to traverse the world such as horses, tanks and crazy DIY vehicles. We will also be able to pair up with all-new animal companions like Chorizo, the adorable wiener dog no soldier can ignore or Guapo, Juan’s soldier-hungry pet crocodile.

Far Cry 6 can be played in solo or two-player co-op. We are able to explore a vast and contrasted open world, from lush jungles to decaying cities. With Antón’s army controlling the air, roads, and seas, we will have to operate from hidden guerrilla camps across the country, gathering soldiers and resources while planning our next move. We will have to navigate the world and approach situations like true guerrilla fighters to make sure every strike against the regime hits hard.

Fans in South East Asia will be able to enjoy the full content of the game without any modification, censorship or changes.

If you pre-order Far Cry 6 you will get access to the Libertad Pack which includes the Libertad Outfit for Chorizo and the state-of-the-art Discos Locos, a weaponized disc launcher that will make enemies dance on their own graves. Fans who purchase Far Cry 6 on Xbox One or PlayStation 4 will be able to upgrade their version to next gen at no additional cost on the Xbox Series X | S and the PlayStation 5 (you can head here for details).