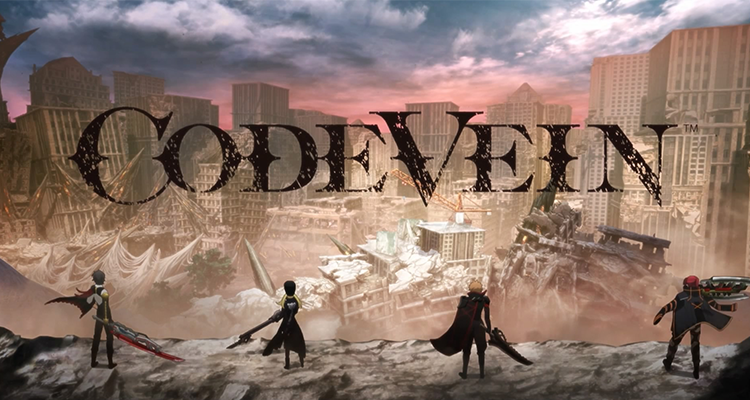 Ever played Dark Souls or any of its offshoots and wondered “Man, I could use a healthy slathering of anime on this.”? Well, the folks over at Shift, developers of the first two God Eater games, have you covered. While God Eater 3’s development duties were handed to Marvelous, this is what Shift have been occupied with for the past couple of years — enter, Code Vein.

You know the drill: large, expansive environments; tricky, yet fair enemy placement; and that familiar death mechanic which sees you running back to the spot you died or close to it to retrieve your dropped experience/currency. Yes, Code Vein does unabashedly borrow a lot of basic Souls-like elements, but thankfully, it does put its own spin on the proceedings, beyond just the art style. 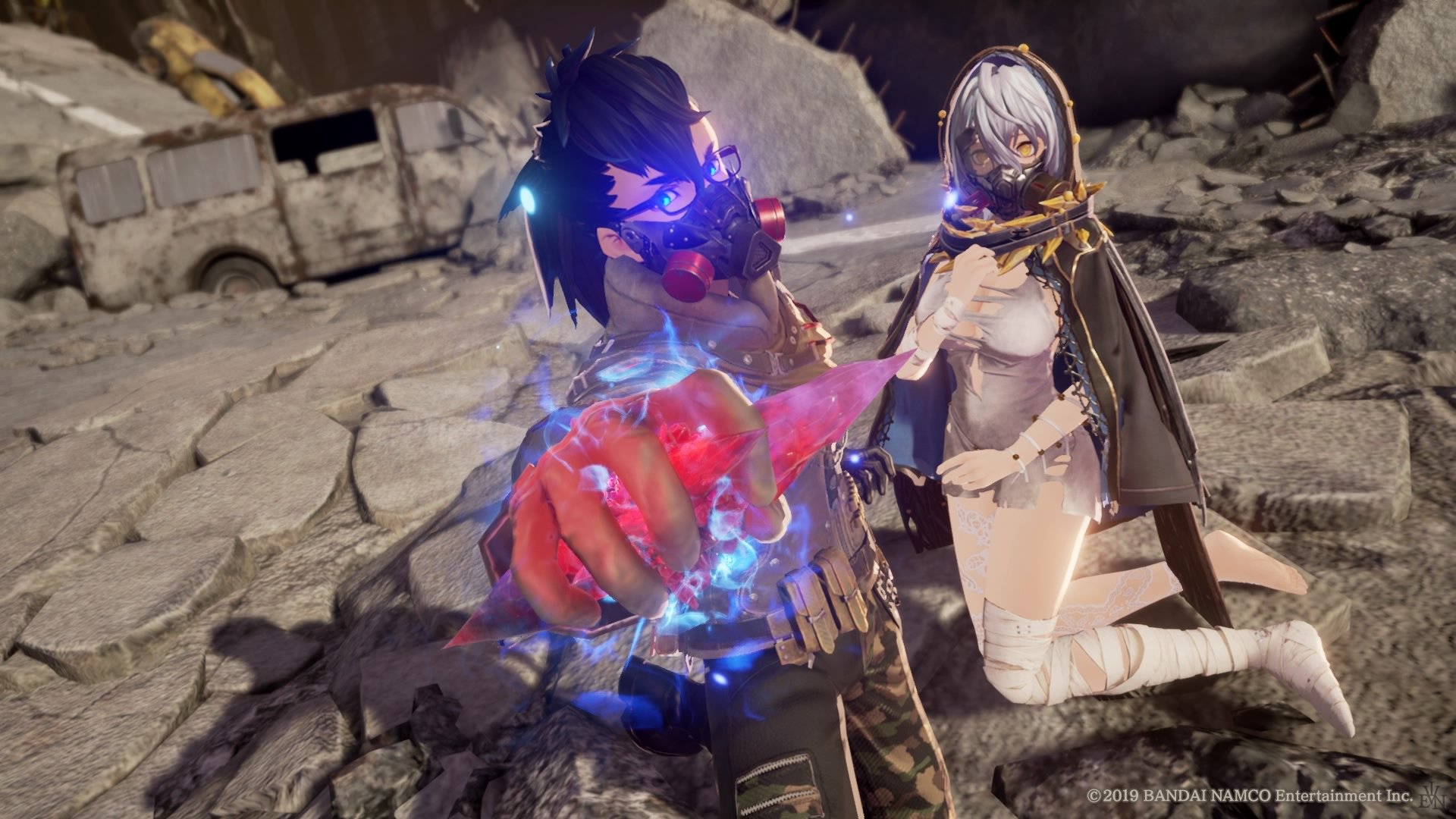 Code Vein puts you in the rather fashionable boots of an amnesiac revenant, this game’s version of vampires. The world has fallen into ruin and is overrun with Lost, who are basically revenants who’ve succumbed to going on for too long without blood. It’s up to you and your merry band of fellow fashionable vampires to uncover the mystery behind the state of the world. In fact, Code Vein’s story plays out less like Dark Souls, with less environmental storytelling and more cutscenes and exposition dumps. Even in that aspect, Code Vein wears its anime influences proudly on its sleeve.

Before you set off on your playthrough, you’ll be dropped into a surprisingly robust character creator. Granted, all the parts and elements don’t stray at all from the game’s overall aesthetic, but the sheer number of options on hand more or less guarantees you’ll be able to build your own ideal impossibly attractive avatar just the way you like.

Code Vein takes some pretty great strides in setting itself apart from its peers through streamlining various elements of its combat and character progression. Blood Codes and Gifts are this game’s version of classes and skills, and unlike most other games in this genre, are swappable on the fly, without having to be at a save point, outside of learning new skills. Blood Codes give you your basic RPG archetypes such as well-rounded fighters, long range specialists, casters, and the like. You’ll be able to find more as you progress through the game, providing you with even more options to load your character with. Maxing out a gift’s potential allows you to equip it regardless of your Blood Code, provided you have the right stats for it. This leads to a dizzying and ultimately satisfying amount of play styles to run through the game with. 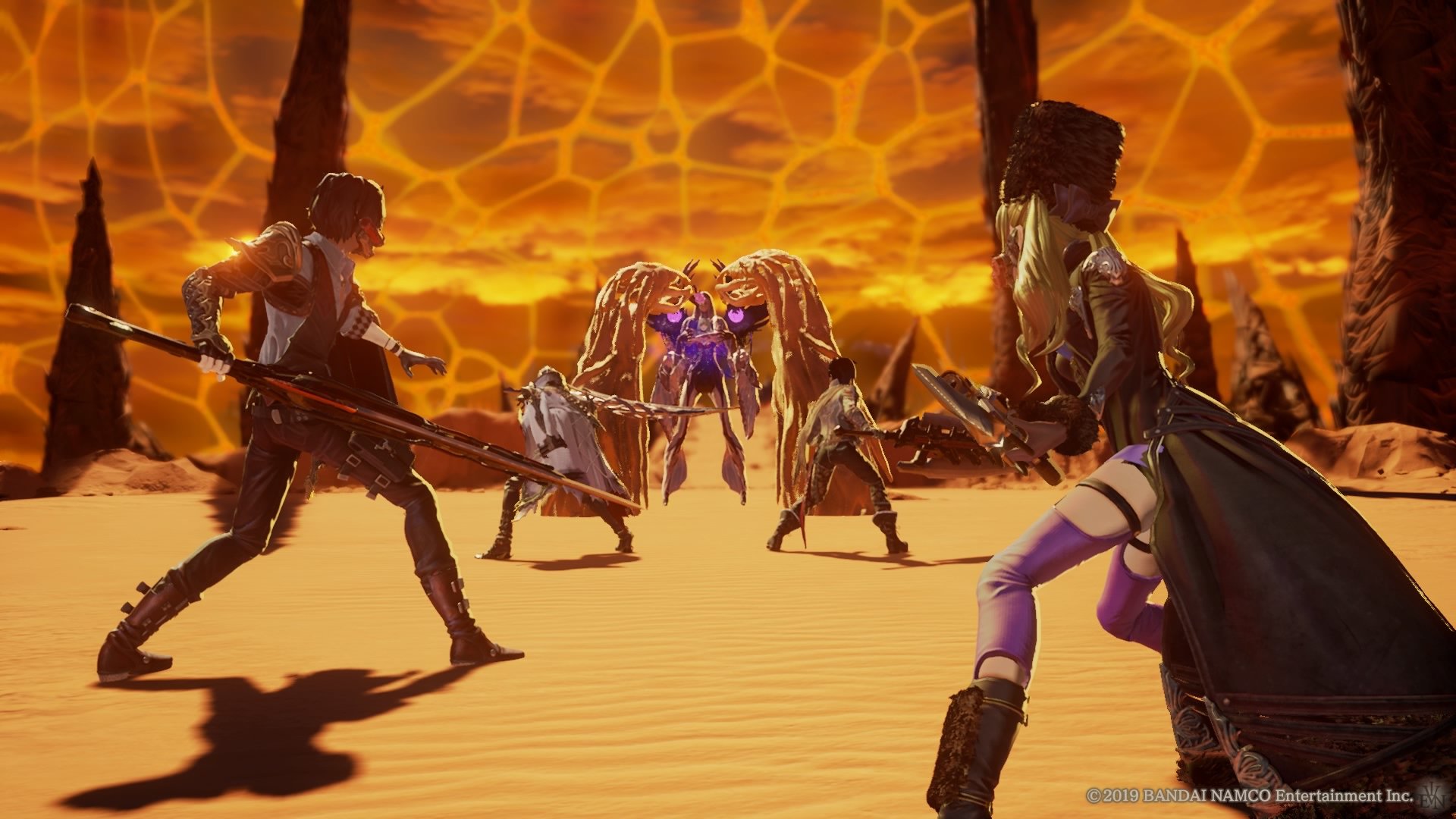 Moment-to-moment combat here doesn’t have the same crunch as you would expect from some of its contemporaries, but still has its own heft. Think of a halfway point between Dark Souls and God Eater, if you catch my drift. Movement can be lightning fast depending on your skill loadout, with straight-up mist dashes being one of the cooler things you can do in terms of moving around in a fight. Parries and backstabs are here, and are necessary for keeping your ichor/mana pool stocked for skill usage. Some inconsistencies with timing and distance for executing these pop up from time to time, but aren’t dealbreakers. All of that, on top of a small, but functionally diverse arsenal of weapons makes Code Vein’s combat a satisfying experience.

The game’s level design is what you’d expect from something built on the foundations of the Souls series. You’ve got maze-like environments with various hidden paths which loop in on themselves, with a smattering of nooks and crannies housing items, weapons, or even Blood Codes. The aspect where Code Vein’s levels fall short is in terms of aesthetic diversity. Most of them range from some form of ruined cityscape or decrepit facility. Heck, one of the more striking locales you can visit straight up lifts its look from Dark Souls’ Anor Londo. A mapping system that traces your footsteps mitigates your chances of getting lost, and at least in this reviewer’s eyes, is a welcome addition. It might dull the sense of mystery a bit, I at least appreciate how Code Vein acknowledges that I don’t have all the time in the world to find each respective area’s treasures, save points, and boss.

Your mileage with Code Vein mostly hinges on how much you dig its beautifully dark anime aesthetic and style of storytelling. Mechanically, it’s a familiar formula that cribs from the best and does a couple of things its own way, for better or worse. If you’re coming from God Eater, then your enjoyment just might get a little more out of this, especially in terms of combat and aesthetics. So, is Code Vein just simply Dark Souls with vampire waifus? Yes, but to simply end there would be a disservice to it. The team at Shift are on to something here. Now, whether they continue exploring this world or go back to their bread and butter with God Eater remains to be seen. Given how invested I got in this world and its characters, anime schmaltz included, I’m hoping for the former. 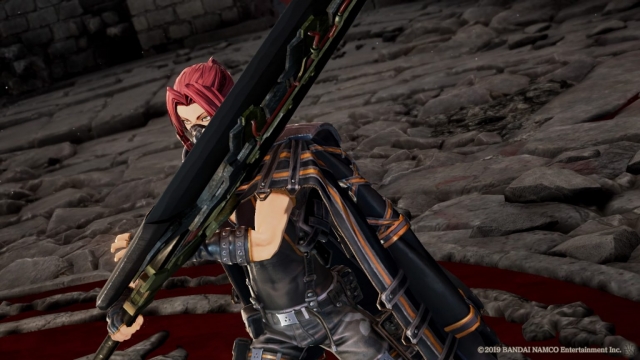