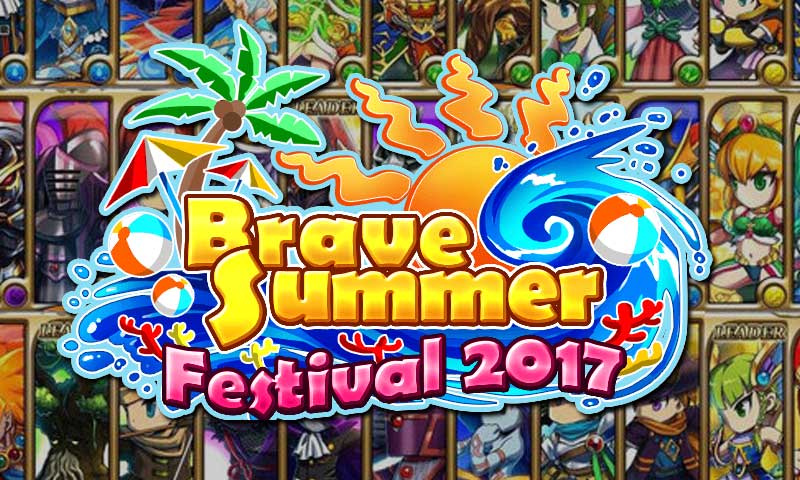 Brave Frontier players are in for a fun time during the in-game event, Brave Summer Festival 2017. The Event which started late last month, provides players with the Omni+ Boost Expansion for their Omni units.

The Summer Festival also brings in the version 1.8.0 update for Brave Frontier that allows players to unlock up to three tiers of Omni+ levels with special materials that will be distributed during the event. Each tier will unlock a higher limit for the unit’s raised stats and skill points. Brave Frontier currently has 100 Omni units available for the boost.

One other in-game feature gets an upgrade. The Vortex Arena is bringing more exciting content to Brave Frontier players for the expansion. The Arena will host elemental-focused seasons each month in the following order: Fire, Water, Eart, Thunder, Light, and Dark. With the Vortex Arena upgrade, players can now create a full mono-elemental squad corresponding to the element in play against other players. Vortex Tokens, which can be earned in the arena can be exchanged for Spheres, Elgifs, Omni+ Boost materials at the event bazaar.

A limited edition elemental unit will also be released each season from now till August 31. Players can also grab the exclusive summer bundles that are being offered during the Brave Summer Festival 2017 campaign.