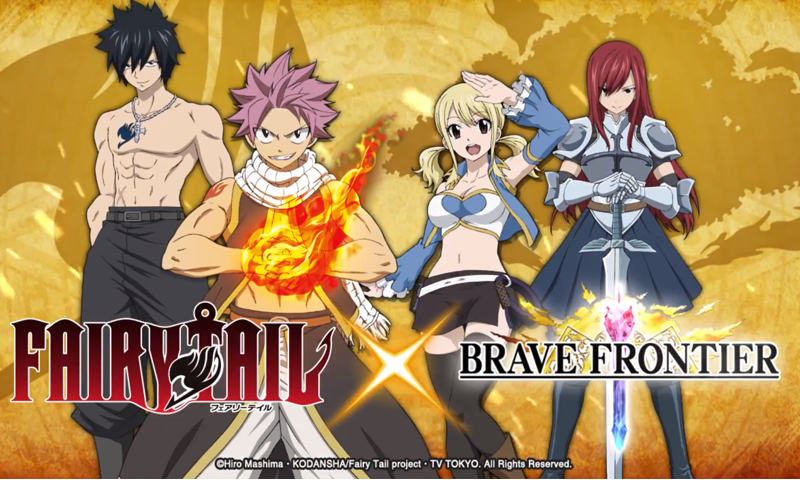 Gumi has announced that Brave Frontier and Fairy Tail has collaborated in bringing five of the Kondansha‘s  manga characters into the world of Brave Frontier.

From September 26 – October 26th, Brave Frontier players can get a chance to acquire Natsu Dragneel, Lucy Heartfilia,Gray Fullbuster, and Erza Scarlet to their teams. While players can take down Mard Geer Tartaros in the Fairy Tail dungeons the game opens up during the period.

Alongside the possibility of acquiring characters, new Fairy Tail themed dungeons are added in-game to further provide Brave Frontier players the FT experience they never would expect in-game. For those who don’t know who these FT characters are, here’s a short description for each:

Meanwhile, here’s the rundown of what to expect from the collaboration:

For more info on the collaboration, you can head to the Gumi Boards to check out more details.