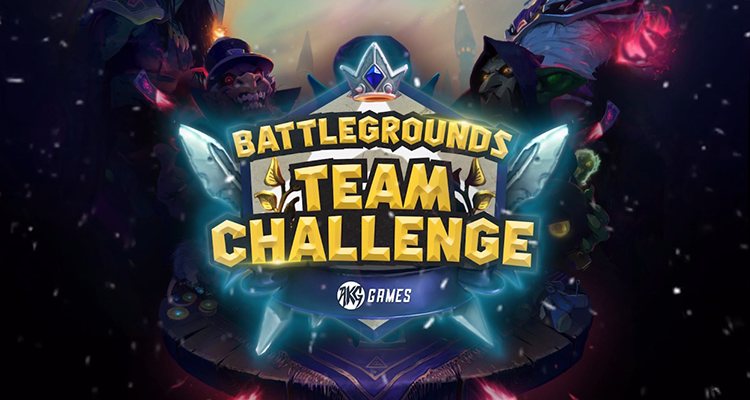 The first ever Hearthstone Battlegrounds Team Challenge were witnessed by viewers from AKG Games Philippines‘ Facebook page and via AKG Games Indonesia‘s YouTube channel. Hearthstone Battlegrounds is a new game mode in Blizzard‘s most popular card game, Hearthstone. Eight players face off in 1v1 rounds with the goal to be the last player to be left standing. Each round consists of 2 phases, the Recruit Phase, where you build your deck, purchase or sell minions or upgrade your tavern, use your hero power and rearrange your minion’s attack order. The combat phase is where you face off with another player and your minions will automatically attack until one player has no minions remaining.

The tournament format is interesting as there are bounties where you can get $20 if you’re the first player or team to fulfill the bounties and the MVP at the end of the tournament gets an extra $20. The bounties include Clean Sweep, which is when both players who end up facing each other in the final rounds of a game is from the same team. Another bounty is when you win a game with one of the new heroes: Lady Vasjh, Maiev Shadowsong and Kael’thas. The last one is called Lightfang Mode, which is when you’re the first one to complete a Menagerie build, which consists of every type (demon, dragon, beast, mech and murloc)

The winner of the tournament is determined by the team who gets the most points. Each team consists of 1 team leader and 3 members, for a total of 16 players, who accumulates points after every game and is combined at the end of 4 elimination rounds. First place after every game gets 8 points with the 8th placer getting 1 point for their team. The 2 teams with the highest accumulated points gets to fight it out for 2 more rounds of Battlegrounds. The team with the highest point wins.

The tournament featured the top Hearthstone players/streamers/personalities in the Philippines, with the 4 team leaders being Switch, Enli, Pompi, and Tart.

Team Switch is composed of DrinJi, MitoyGaming and TheBigMac. Team Pompi is with AsuraiPH, Mapo and ManuelXX. Team Tart is with PaeijweiGG, PinkPaw and Enrico. While Team Enli features Excelsor, BatoTV and Felinelure. It was fun watching the tournament as you can see how the teams strategize to get the top 4 spots in every game as with the way you play Battlegrounds, you face your teammate like your opponent. Communication truly is key.

The Finals between Team Tart and Team Enli was full of action and drama. A full solid hour of Hearthstone Battlegrounds action. But in the end, only one victor can claim the holy grail of noodles, 4 boxes of IndoMie at stake. The last 2 players were PinkPaw and Felinelure.

And as Enli told the casters post-match, Felinelure was disappointed with his performance throughout the elimination rounds, he just went into the finals with all his might. And it paid off as we saw Felinelure take home the mi goreng.

Congratulations to Team Enli for winning the first ever Hearthstone Battlegrounds Team Challenge.