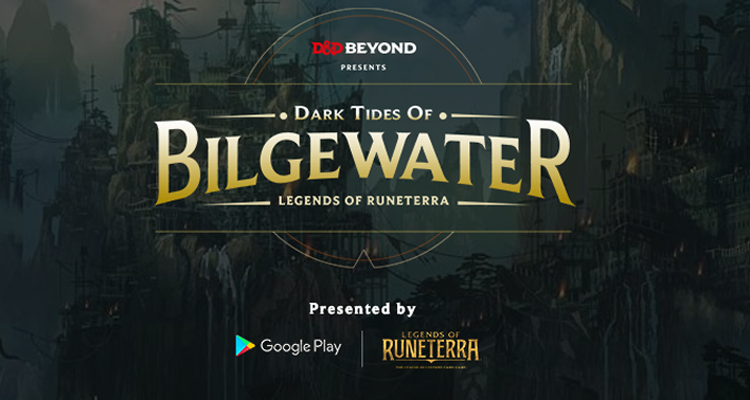 Ahoy! Welcome to Bilgewater (D&D Beyond)

Riot Games has been pushing hard the past year in new releases into the gamer’s market, with competitive shooters like Valorant, and digital card gaming like Legends of Runeterra. While this is really fun for gamers like me, I’ve always had a bent towards tabletop roleplaying games and hoped that the setting of League of Legends (LoL) would be one I’d see represented someday. Lo and behold, as of today (June 12, 2020), the world’s biggest Tabletop RPG publisher has partnered with Riot to produce a currently exclusive D&D Beyond Online material for Bilgewater.

While Bilgewater is hardly the in-depth content I was hoping for, especially in comparison to other ‘cross-over’ flavored settings like Magic the Gathering‘s Ravnica, there’s still quite a bit to explore in Runeterra‘s pirate bay.

The Setting Guide gives just enough meat to chew for those seeking to run an adventure or two in Bilgewater, highlighting some major points of interest and giving us more idea of how this odd-ball city keeps itself afloat. Piracy, bounty hunting, and a magical sea-monster hunting trade give it some flavor. The island’s native tribe of people, the Buhru, are also made more significant as a part of the whole setting.  There are bits are thrown here and there linking the famed heroes and villains of the League of Legends to the city, which are welcome bait for LoL fans to look after. Lastly, there are handy tables for encounters both within and around the environs of Bilgewater, many of which can lead to even further adventure hooks. 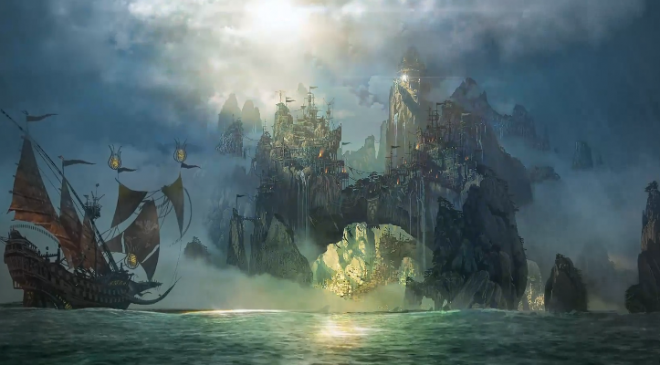 Next up is the Heroes and Scoundrels chapter, which is essentially character options introduced specifically for those natives of Bilgewater. There are three new subclasses available for play, which is accessible on D&D Beyond: the Path of the Depths Barbarian (Nautilus and Illaoi), the gun-toting Renegade Fighter (Graves and Miss Fortune), and the Wild Card Rogue (ala Twisted Fate). It also suggests how one might adapt existing D&D races to those more specific to Runeterra, such as Yordles. Suffice to say with these rules, the League you’ll be running won’t be of the Adventurer’s (AL) sort.

Herald of the Harrowing, gives us a short (or long) adventure anchored in Bilgewater, letting us experience a good breadth of what the city has to offer us in unique dangers and themes. Not to spoil the storyline, I won’t go into much detail here save that it involves a nearby neighbor in the Shadow Isles and is an adventure suited for mid-tier 1 (Lv3+) characters.

The Beasts of Bilgewater chapter, quite predictably, gives us a few unique creatures and characters to interact with. We’ve got the likes of card sharks and powder monkeys, to the infamous captain Gangplank and the bounty hunter Miss Fortune. And this treasure trove of new content wraps up with… well, Booty of Bilgewater, which gives us a light menu of the kind of salvage you can find. Iconic League items like the Bilgewater Cutlass and the Banshee’s Veil as powerful magical items can be found by you scallywags to use to survive, threaten, and loot. 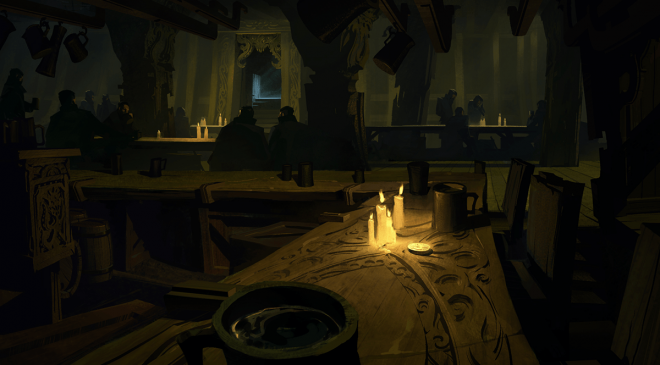 As a whole, the amount of material here is enough to get your toes wet in Runeterra, but its certainly not enough for a true campaign. Still, given that they’ve come up with this for Bilgewater gives reason to think that the other cities and nations of Runeterra are bound to surface from whatever hidden treasure trove that Riot‘s got. I, for one, am looking forward to setting sail with a full-fledged resource book on the scale of Eberron or Ravnica, for League of Legend‘s Runeterra.

So why don’t you come along to cast some dead men’s bones and see what your fate is, hero?

PS: So how many of my vaguely nautical puns did you catch in your little journey through this article? Maybe you need to take a look back and navigate your way more closely. Eh? Eh? No? Fine, I’ll see you on Wild Rift…matey.

You can in fact head here for Legends of Runeterra: Dark Tides of Bilgewater.