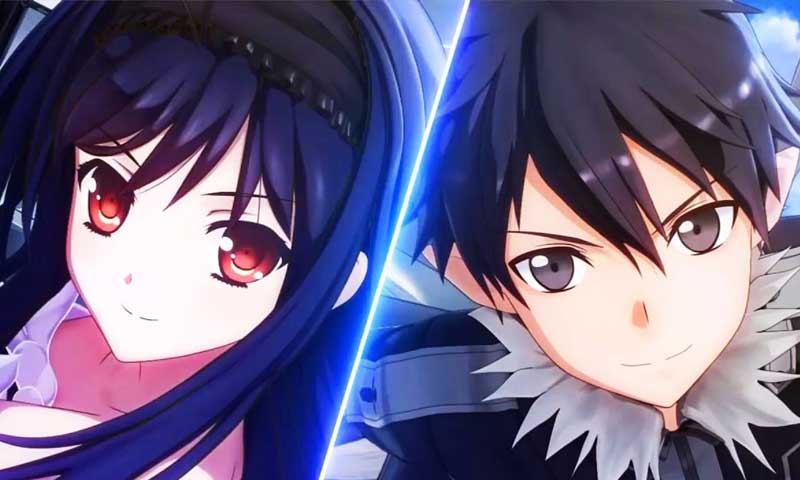 Our story starts out with an amazing JPOP anime opening scene, pumping you to play the game.

Energized, we then see our metallic hero Silver Crow getting lost at the new world we all know as Alfheim Online, cut over to the next scene, we see our other heroes Kirito, Asuna and Yui taking a “normal” walk over the fields, walking, flying and killing monster along the way, then a sudden message appeared from the admin stating, that a sudden maintenance will take place and not logging out will result to a character deletion. Suddenly a change of wind took place with Yui insisting Kirito and Asuna to log out immediately. Worried, Kirito and Asuna followed Yui and soon was interfered by Black Lotus, after a misunderstood battle, our antagonist Persona Babel introduced herself and kidnapping our hero’s love child Yui, and so our adventure begins.

Combat is the same as any other hack and slash game but with an air and land mechanics. Since the setting is on ALO, most of the enemies are flying, even almost all the boss battles takes place in the air. Accel World characters don’t have the flying capability with an exception of Silver Crow and Sky Raker, naturally selecting characters that can fly is an obvious choice but don’t fret Accel World characters have a very high jumps, double jumps and all of them don’t fall as long as they keep attacking (no fall damage). Also MP system for Accel World characters uses a charging system, MP fill up as long as you get to hit someone and no cool down for skills.

Grinding is a common thing with RPG games, but giving only 3 characters to use on, poor AI companion (sometimes), stiff combat, no exp sharing for the bench characters and around 30 characters to choose from, this might give some people “completionist” nightmares. The saving grace for some characters is that certain characters start at level 175 depending on which part of the story will you get them (level system for this games is level 100 = 1), and some characters are pretty much useless and disappointing, so I guess that’s something.

Combat phasing picks up when your 3 characters stronger or in par with the enemy levels and if the majority of the enemies are grounded. Even SAO: Hollow Realization (previous game, here’s our review) has better combat features than this game. Which is sad actually.

But probably the most disappointment about this game is the low budget animation (check out video) and NO SOUND EFFECTS DURING THIS ANIMATION (they also forgot to create sfx on Scarlet Rain’s fortress suit creation) and the “hit feel” on skills and attacks, feels empty and un-fulfilling. SERIOUSLY A LITTLE IMMERSION GOES A LONG WAY.

Even with new characters and features and a lot of SAO games under their belt, the game still feels half baked. Sadly despite game’s potential, Accel World VS Sword Art Online: Millennium Twilight is just another SAO cookie-cutter game that really deserves something more. If you guys are a fan of the franchise and want another SAO game in your library then I suggest buying this game, but if you guys want something more from this triple A distributor/franchise, waiting for their new masterpiece might be the best route.