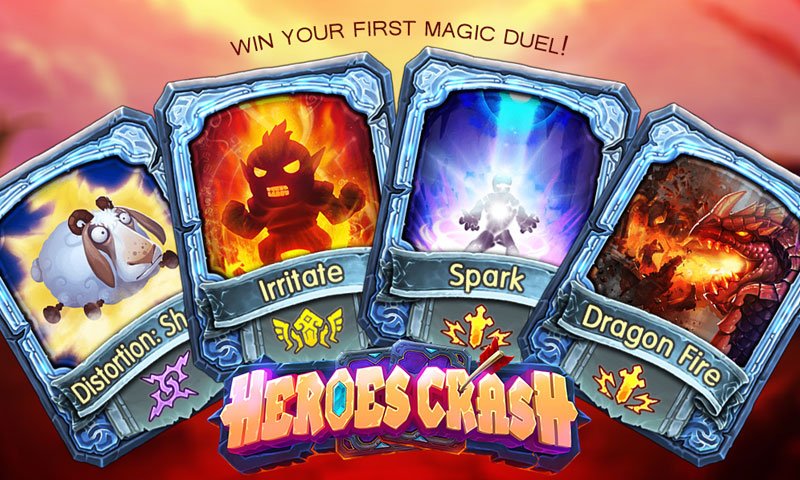 A New Card Game is Released with Heroes Crash

Last May 31, we were given word that Game Hollywood has released it’s latest game that focuses on Card game mechanics while allowing players to play around various units and spells against AI and human controlled players in real time with Heroes Crash.

The game is currently only available on Google Play and will be on available soon on Facebook Gameroom and then it’s going to be available for the iPhone, iPad, and iPod touch later on.

According to the post, here’s what Heroes Crash has to offer:

Heroes Crash allows players to train and command a team of heroes in fast-paced combats while experiencing the thrill of casting different spells with magic cards. Build the ultimate deck by choosing from the great variety of Heroes and Magic Cards to play real-time 1v1 Duels.

Once a duel starts, the deck the players create, the heroes’ position and the combination of magic cards will be the key to win the battle. Players can face duelists from all over the world, and will be matched according to their strength.

Meanwhile, here are some of the game features:

You can check out the game on the Google Play store on this link.