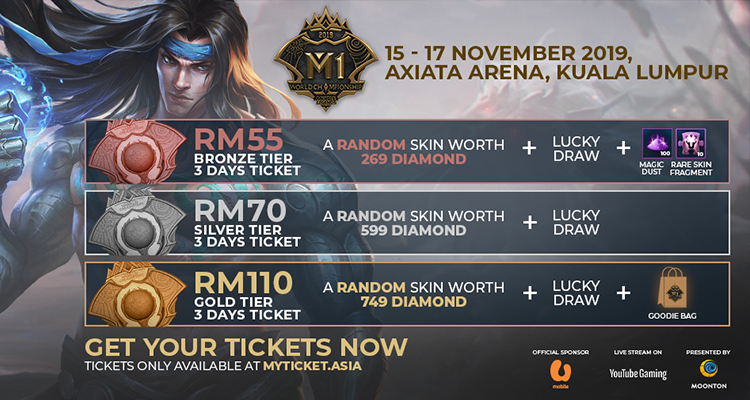 On 15th to 17th of November 2019, Malaysia will be home to the first Mobile Legends: Bang Bang World Championship. Better known as M1, the premier Mobile Legends: Bang Bang global competition will feature 16 teams from 14 regions across the world battling it out for a prize pool of whopping 250,000 usd. The Minister of Youth and Sport Malaysia, YB Tuan Syed Saddiq bin Syed Abdul Rahman, will be attending as the guest of honor to witness this exciting sporting event. All the action will be livestreamed on Youtube Gaming from battleground–Axiata Arena, Bukit Jalil in Kuala Lumpur. However, true Mobile Legends: Bang Bang fans will know to get a spot for the real life action and taste of the electrifying experience.

M1 is the proud result of a close collaboration between Moonton and its main sponsor, U Mobile. In a recent statement by Moonton CEO and co-founder Justin Yuan, he highlighted,

U Mobile, a multi-award winning Malaysian telco, has expanded its ongoing relationship with Moonton by becoming the official sponsor of M1 World Championship. U Mobile‘s partnership with Moonton and participation in M1 is in line with the telco’s commitment to bring the best gaming experience to Malaysians and to provide a global stage for local esports teams.

The M1 World Championship will commence soon with group stages rolling out from November 11th until the 14th. From then on the main event begins as teams go through regional qualifiers, such as the Mobile Legends: Bang Bang Professional League (MPL), for Malaysia, Singapore, Indonesia, Philippines and Myanmar, and the M1 Qualifiers for countries without MPL such as Cambodia, Thailand and Laos, Vietnam, Japan, Turkey, Russia, United States and Brazil. With so many formidable contenders, only time will tell who will make it to the top. 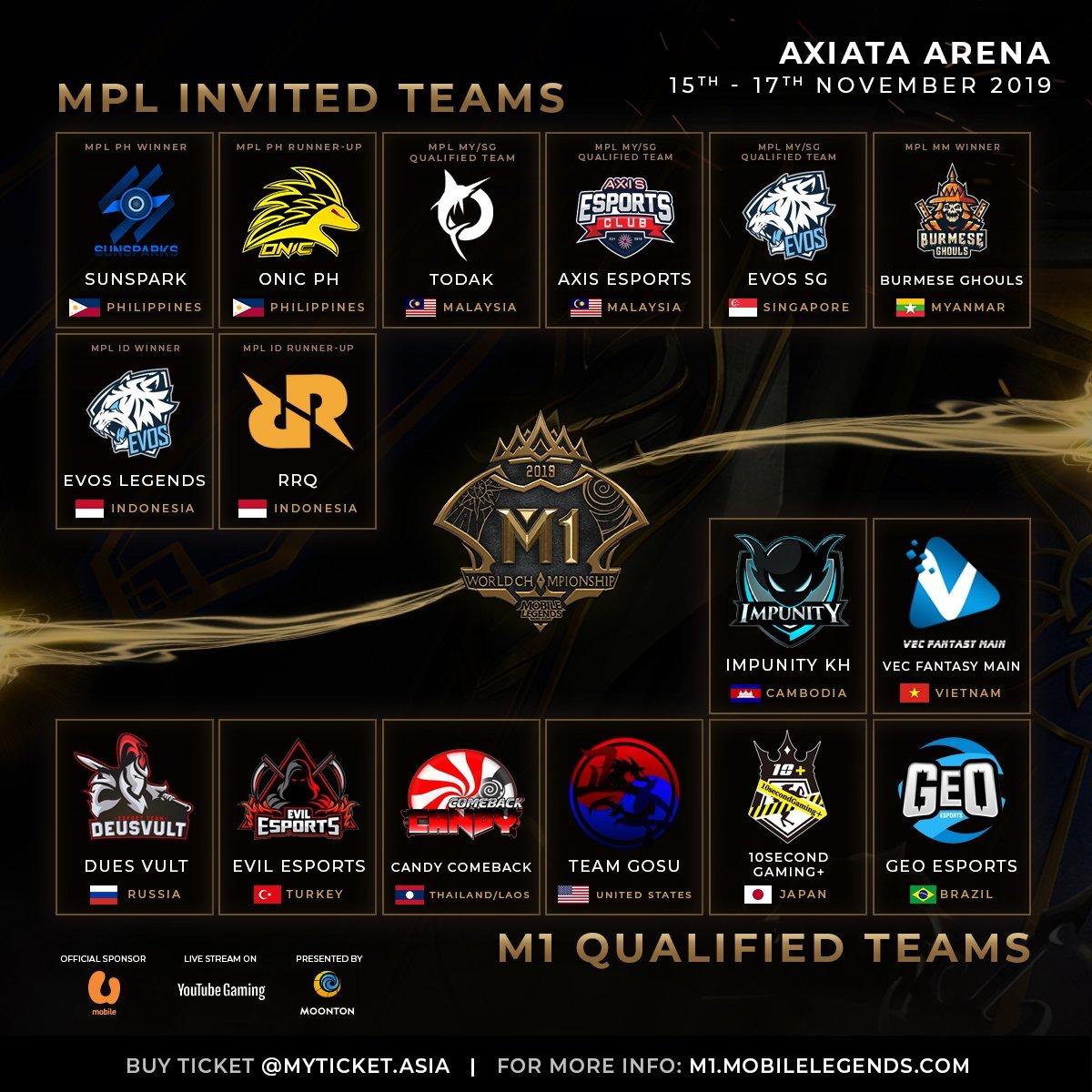 Fans and enthusiasts alike need not wait longer. Three-day passes and one-day passes are now available, bundled with must-have goodie bags and entry into the M1 massive lucky draws. The M1 Gold tickets are sold out, but those who missed that need not worry as the Silver and Bronze tier passes are still available. Throughout the championships, a slew of lucky individuals will win big with motorbikes, smart phones, gaming chairs, headsets, the M1 pack and more. Moreover, there will be opportunities to participate in the KOL Showmatch, entrance into the Experience Zone, as well as entry to the coveted Miya figurine sales.

With much to anticipate, fans and players of the Mobile Legends: Bang Bang franchise worldwide are in for a thrilling time.

The first ever Mobile Legends: Bang Bang world championship is happening in Malaysia. Will you be there to witness the beginning? Save yourself a spot now before Silver and Bronze tier tickets are sold out too here or find out more here. You could get 25% discount on the tickets by using “25OFFM1”.