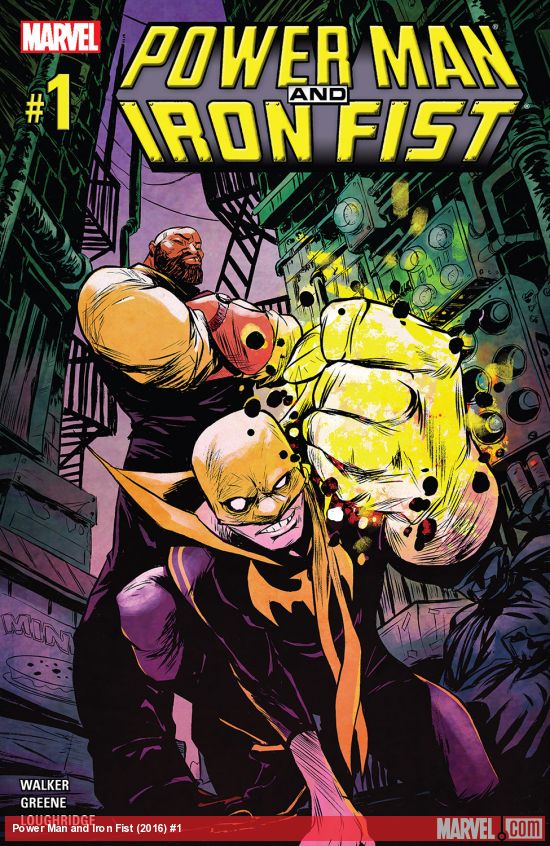 I’ve always had a liking towards this duo, who were formerly known as the ‘Heroes for Hire’. The Heroes for Hire were heroes that could be paid to take down baddies that’s been bothering their clients. Luke Cage was subjected to experiments that gave him superhuman strength and durability. Daniel Rand earned the power of the Iron Fist in the mystical city of K’un Lun. As an adult he oversees the Rand Corporation and goes as Iron Fist: kung fu defender of the innocent. Another thing that got me attached to these two was that they have always been street-level heroes despite having powers & skills that are Avenger-worthy (Trivia time: Luke Cage actually became an Avenger! So was Danny Rand, but in another costumed identity) which puts them on the same alley as Daredevil, Spidey, Jessica Jones, etc.

However, the time of Heroes for Hire is over…or is it? The 1st issue plays on that idea until it gives an answer we all definitely see coming in the end. It starts off with Luke Cage talking to his wife Jessica Jones that what he and Danny Rand are going to do is just a one-time thing. When they meet an old friend who they consider as family, things aren’t what it seems when truths are distorted.

David Walker, the writer of the series, provides an entertaining buddy-hero adventure. The dialogue between Luke Cage & Iron Fist is smart, witty, and true to character. Luke Cage is shown wanting the whole mess over ASAP as Danny Rand wants their one-time adventure to extend as long as possible. The artist, Sanford Greene, illustrates the comic in a cartoonish style; but not too cartoony. The art at times reminds me of Skottie Young’s style. Backstory is provided in the issue through illustrations with nostalgic pop art circles as a filter. The coloring done by Lee Loughridge is quite relaxing since it gives summer-like vibes and isn’t too bold nor too bright. The twist in the end won’t feel like a definite surprise if you don’t know what happened at the end. Trust me, I had to google a certain character since she was unfamiliar. It’s cool to bring an old character back, but new readers won’t really consider the twist as something special. 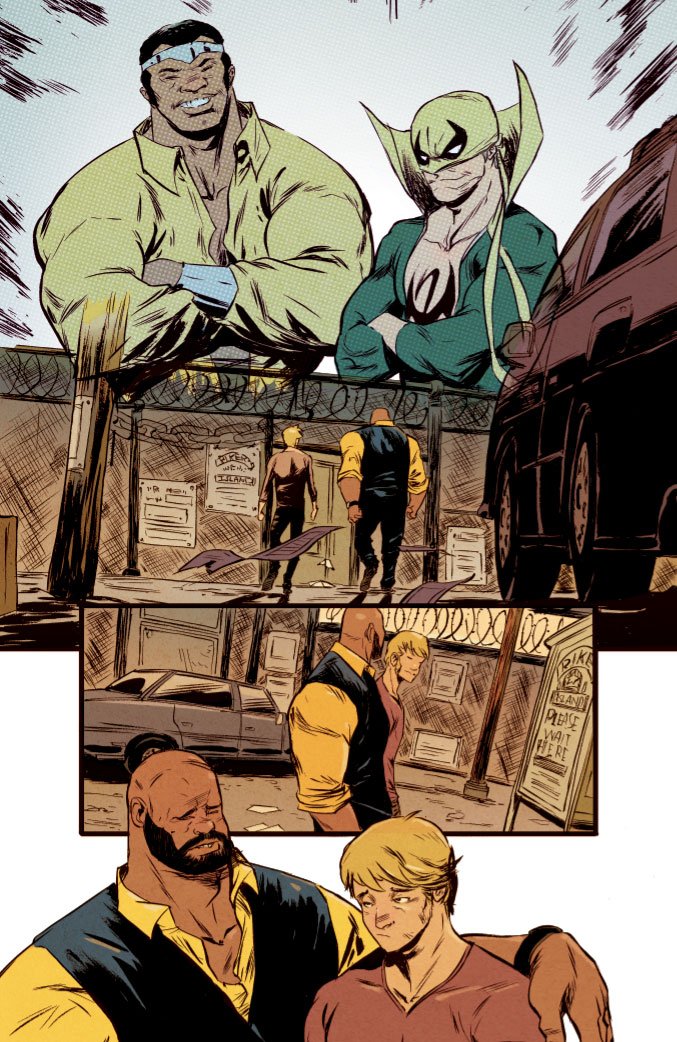 As good as it is…I wasn’t satisfied by the first issue. It was entertaining, fun—but it was too short. The comic ended as soon as it was getting better. I’m certain that I’ll get what I want when the 2nd issue comes. When it comes to new series, I usually give it 2 or 3 shots before I determine if I want more. Other than that, the 1st issue is a good read despite being too short. I’m more likely to get the next issue and let’s see where it goes from there.