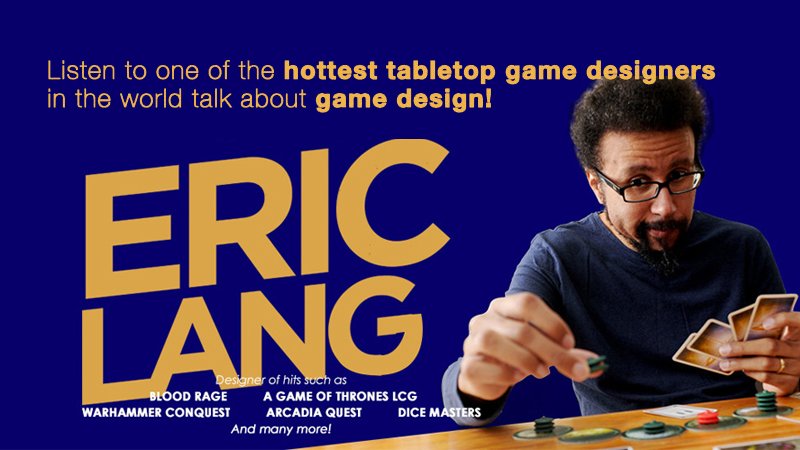 Local board game distributor/retailer, Gaming Library in partnership with Unpub PH and Cranial Vault Games is bringing in renowned game designer Eric Lang to the country for Toycon 2016.

The game designer for various games such as: XCOM: The Board Game, Dungeons & Dragons Dice Masters: Battle for Faerûn, Arcadia Quest and Marvel Dice Masters: Avengers vs. X-Men. Will have a series of autograph signing for Toycon 2016. He’ll also be awarding the champion for Gaming Library‘s ongoing Blood Rage Tournament. He’ll also be judging and awarding the winner for the Game of Thrones Tournament Gaming Library has set up for the upcoming convention.

Here’s his complete schedule for his autograph signing sessions: 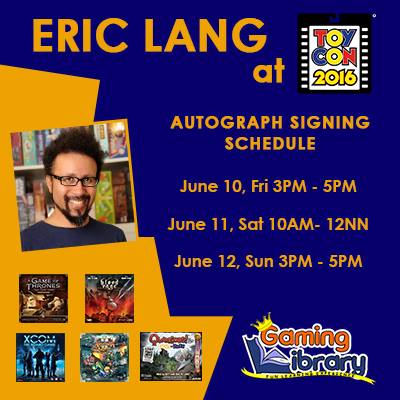 For more info, you can head to the Gaming Library fanpage.