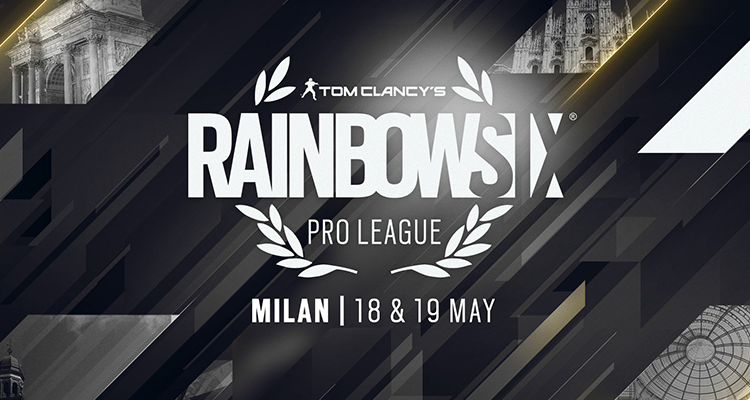 Ubisoft has announced that the top eight teams of Tom Clancy’s Rainbow Six Siege Pro League Season IX, which has a total prize pool of 626.000 usd, will gather on May 18-19, 2019, at the Palazzo del Ghiaccio in Milan, Italy, to compete for the title of Pro League Champion. 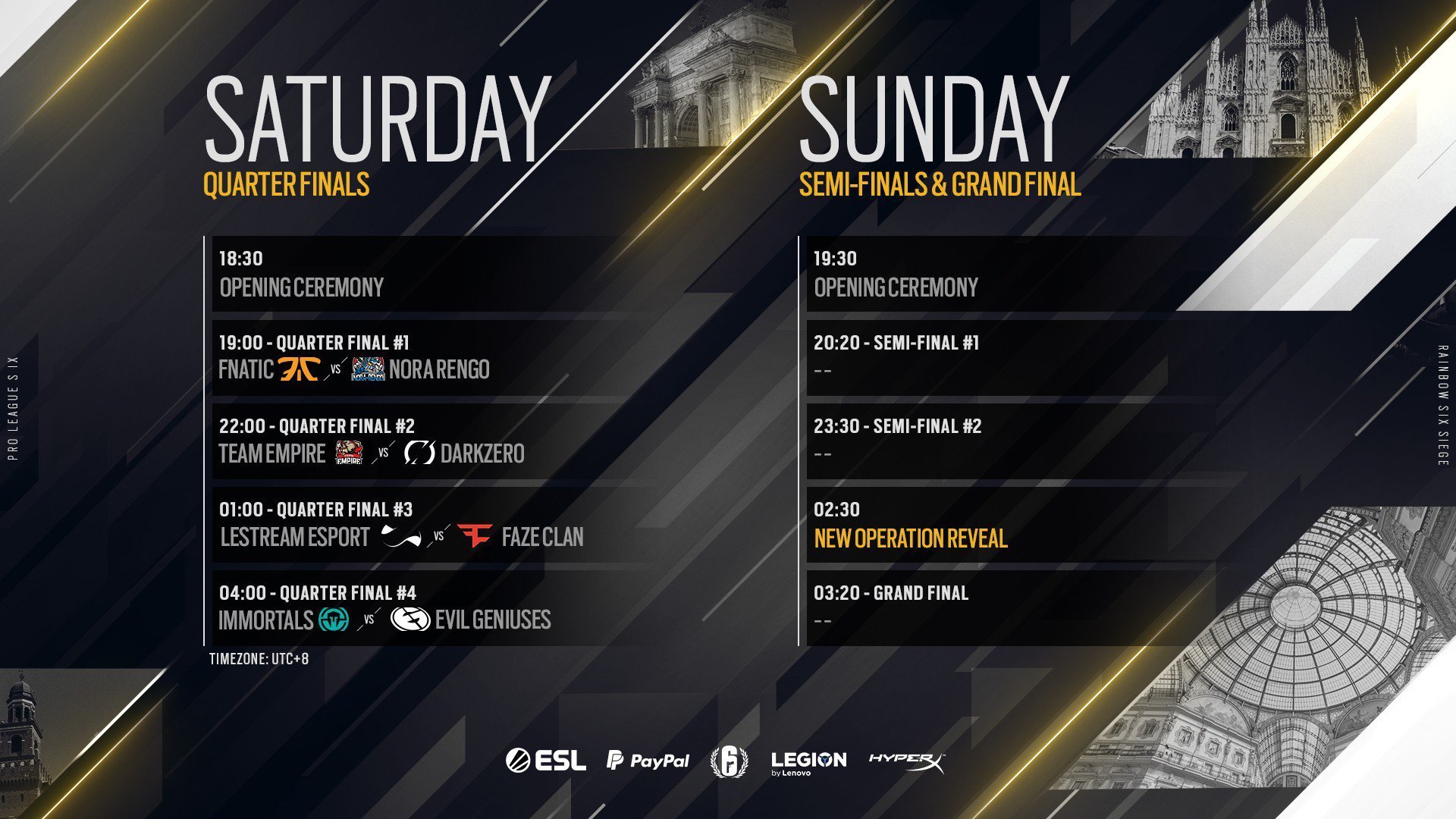 Tune in on May 18 and 19 starting at 6:30 pm UTC+8 on their official Twitch channel to follow the competition live. After the opening ceremony, the competition will kick off with the quarterfinals on Saturday, May 18, while Sunday, May 19 will feature the semi-finals, an exclusive panel unveiling Rainbow Six Siege’s next operation, and finally, the Grand Final that will conclude an epic Season IX of Pro League competition and crown this season’s champion.

Hosted on stage by Matt Andrews and Ghassan Finge as a Desk Host, along with a slew of other talented casters and analysts, the competition will feature the following 8 finalists: 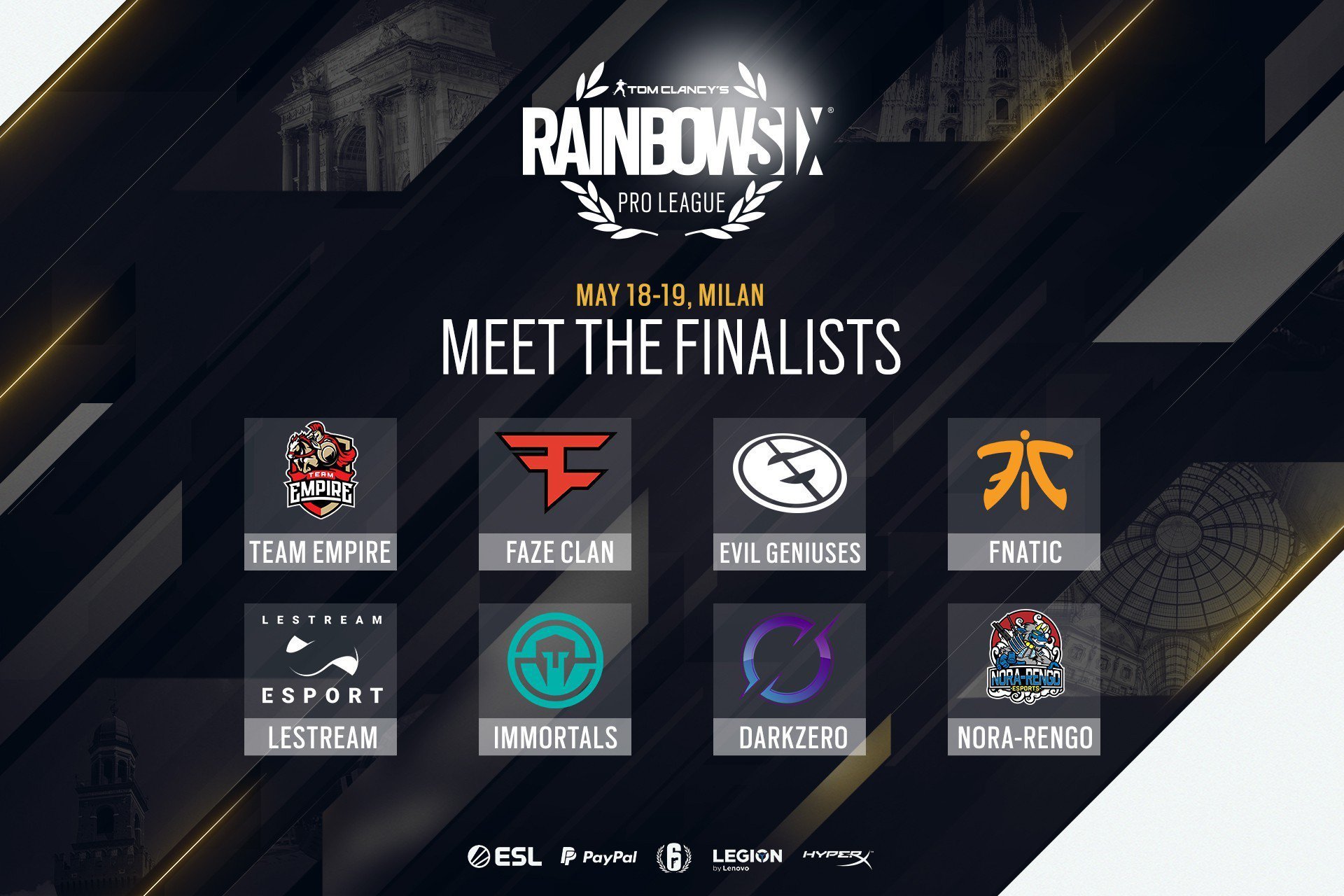 Fnatic: Fnatic is an international Australian roster representing the APAC region. After an impressive showing in both Season VIII Finals and the Six Invitational – Fnatic will have to face their fellow APAC representative.

NORA-Rengo: Known for their impressive playstyle, Nora Rengo is well accustomed to the international stage. However, they will have to face the local Fnatic in the first quarter.

Team Empire: The Russian team has impressed both analysts and viewers since their meteoric rise to the Pro League during the Six Invitational 2019 Grand Finals. Representing the top seed of Europe they will have to take down the American DarkZero Esports.

DarkZero Esports: DarkZero is a team of seasoned players. While they’ve faced an unlucky streak in the past two seasons, they have finally reached the international level. DarkZero will face Empire in their first quarter.

LeStream Esport: The second seed of Europe, LeStream Esport have shown consistency throughout Season IX. Their recent showing in the domestic Pro League has proven they will be a challenging opponent for FaZe.

FaZe Clan: Top ranked in Season IX of the Latin American Pro League, FaZe Clan also reached the final of the Season VIII Rio Finals last season against G2 esports. Without their home crowd, they will face LeStream in their first match.

Immortals: The second seed of the Latin American region, the team, led by Novys, only got their tickets to Milan during their very last match.  They will face Evil Geniuses in their first match.

Evil Geniuses: The players of Evil Geniuses have not tasted victory since they won it all during the Six Invitational 2017. Without their nemesis, G2 Esports, they aim to bring home a global title for the North American region by taking over Immortals in their first match.

For more details on the event, you can check out this website here.