Samsung is definitely firing on all cylinders taking its foothold in the mid-range segment. With the new A50 making its way with a plan to establish dominance, this mid-range Android phone from Samsung will certainly be your next bang-for-the-buck all-around device. Using the phone as my main phone for the past 2 weeks, here’s what it’s been like using it.

Much like the Samsung M20 I took for a spin last month, they both have the same aesthetics. One subtle difference would be the A50’s Infinity-U display which is a U-shaped notch versus the V-shaped notch on the M20. Right out of the box, you get the A50 unit, an adaptive fast charger, a USB Type-C data cable, earphones, ejection pin and the user manual. Much like the Infinity-V notch, it’s easy to get used to it as some programs give you the option to not go beyond the notch. The size is suitable for my size 7 hands. Do note that the body is plastic and gives it a light build, but definitely doesn’t feel cheap. 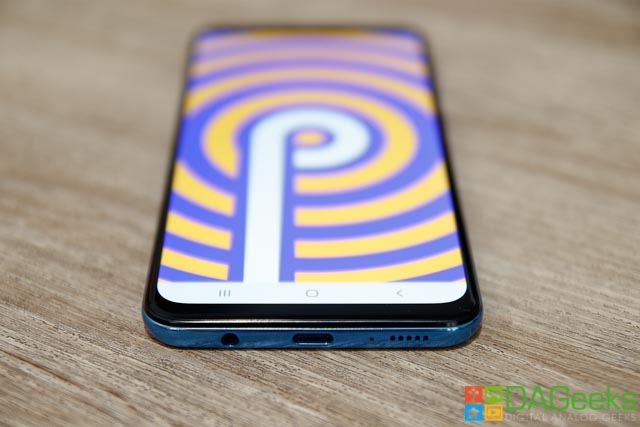 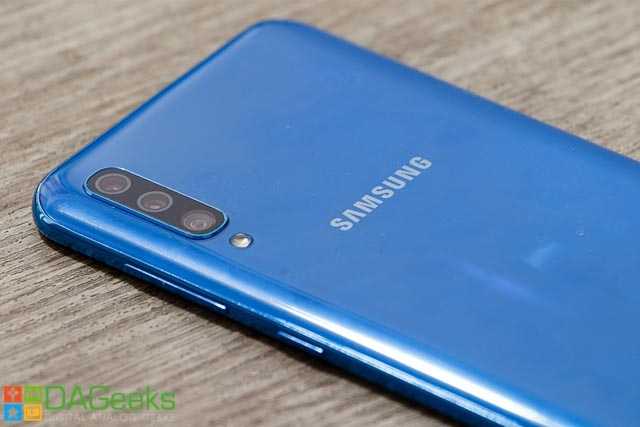 You can find the SIM tray on the left-hand side and it can accommodate 2 Nano-SIMs and an SD card. Samsung reoriented their phones to have the volume rockers and power buttons on the right. Takes a little getting used to especially if you’re coming from previous Samsung phones, but not much of a bother. You have a speaker port, a USB Type-C and a 3.5mm jack at the bottom.

Weighing in at 166g, you’ll forget you have a phone in your pocket. Perfect for travelling light without the worry of not being able to document your vacation. It almost has the same dimensions of the S10+ and fits my hand nicely, considering it’s a 6.4-inch display. Although it feels plasticky and light, the body doesn’t easily bend under pressure. For a phone made of plastic, or “Glastic”, which makes the body looks like glass. 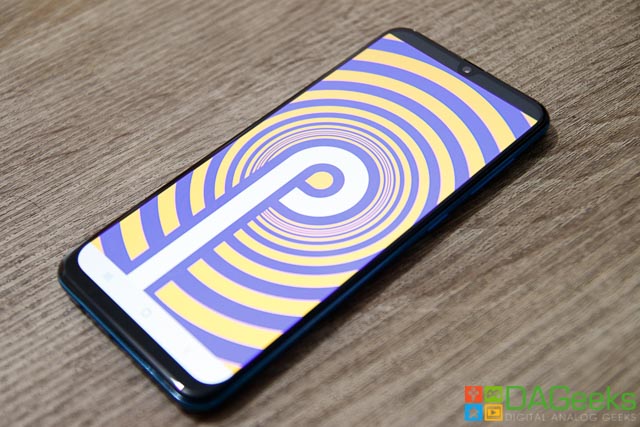 You won’t be disappointed with the 6.4-inch Super AMOLED display of the A50. The Inifinity-U screen has a U-shaped notch which cradles the 25MP selfie camera. The screen packs a resolution of 2340 x 1080 pixels, giving the user a pixel density of 403ppi. The screen is bright enough clocking in at 420 nits of maximum brightness, and 550 nits when under direct sunlight. The screen also has a built-in fingerprint sensor that sadly we can’t test. Watching your favorite movies or TV series is such a treat on this display. The colors pop and everything comes alive.

You wouldn’t notice that the A50 packs a 4,000mAH battery under its hood with how light it is. The A50 can get through your day even after heavy use of gaming, streaming or browsing social media feeds. The Super AMOLED helps in preserving your battery while on standby. The 15w charger gets the A50 from 0 to 100% in around 2 hours. If you’re a conservative user, it can easily last you until the next day before you look for an available outlet to charge. 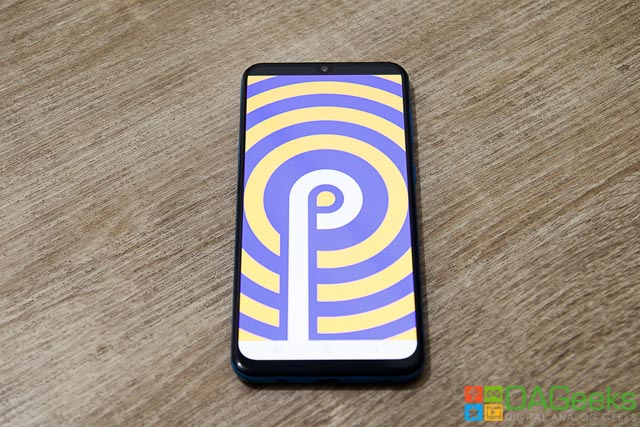 At the core of the A50 is Samsung’s Exynos 9610. The 9610 is designed with content creators in mind. Samsung boasts the Exynos 9610 as a processor that features a vision and image processing unit based on a neural network engine. The processing unit of the 9610 paves the way for DSLR-like picture quality and is equipped with an AI that can detect faces that are not facing forward. It has 8 cores with 4 cores clocking in at 2.3Ghz for that raw power, which makes the A50 a very good gaming phone also. While the other 4 cores are clocked at 1.7Ghz and focuses on efficiency. The Mali-G72 MP3 GPU supports processing techniques such as MSAA (multi-sample anti-aliasing) which gives games smoother lines and a more realistic feel.

As for security, the A50 features face recognition and fingerprint unlock. Same with the M20, the face unlock is very fast and secure, as again, I’ve tested it if it will unlock if presented with a picture of me. Like what I said above, we weren’t able to test the fingerprint sensor as it gives us an error message that still doesn’t work after restarting the device.

Samsung also has an app called Secure Folder which lets you create a secure and encrypted folder for sensitive documents, photos and other things you don’t want other people to get their hands on.

This is where the A50 shines. Given the 4,000mAh battery paired with a powerful Exynos 9610 processor, you have yourself the ultimate content creation device. The triple camera setup ensures you have the complete arsenal for that footage you need. The main camera boasts a whopping 25MP F1.7 lens, perfect for low-light photography, and even better during daylight. The 8MP fixed-focus F2.2 ultra-wide is perfect for any aspiring landscape photographers out there. And it’s as easy as tapping the Ultra Wide option on your screen. It’s also perfect for that big group shot that can fit everyone in the room. The third lens plays more of a support role as this is what they call a “depth camera” when using that Live Focus feature. The front camera is just as good as the rear cam. Now you can stream using front camera without sacrificing quality. The A50 is just the perfect recipe for content creation. The A50 lacks 4k video recording though, but upon checking the spec sheet of the Exynos 9610, it says it supports 4k@30 FPS. Downloading other camera apps from the Play Store can enable 4K video recording for the A50. 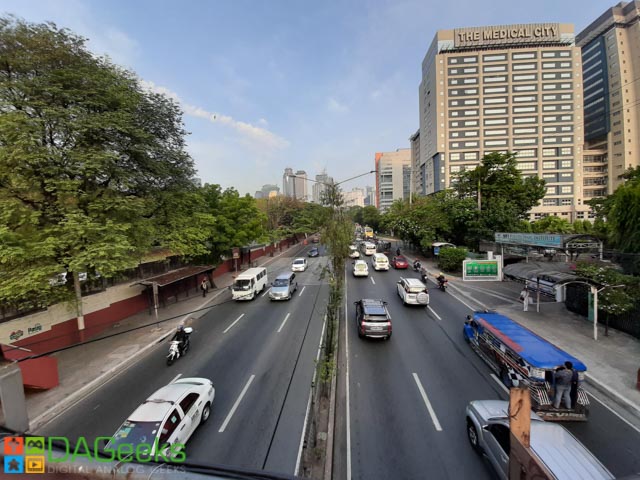 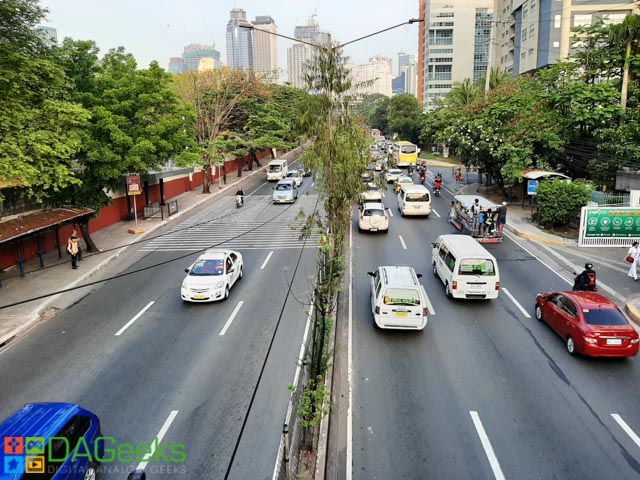 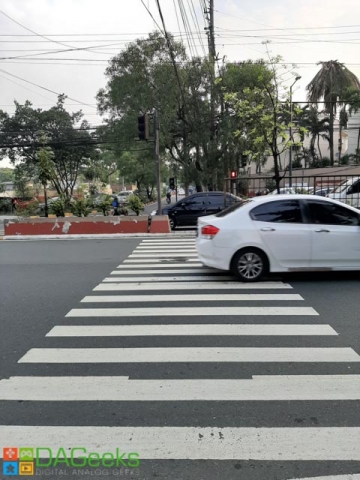 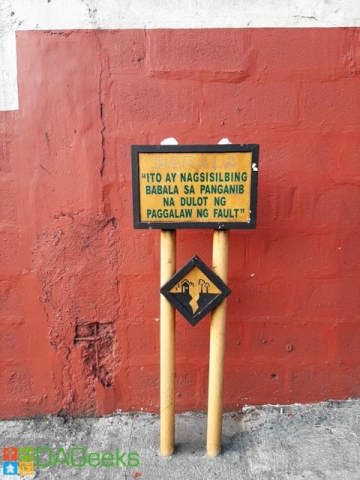 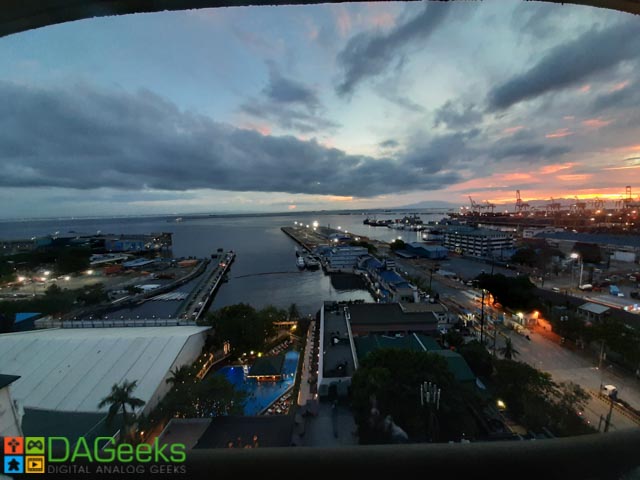 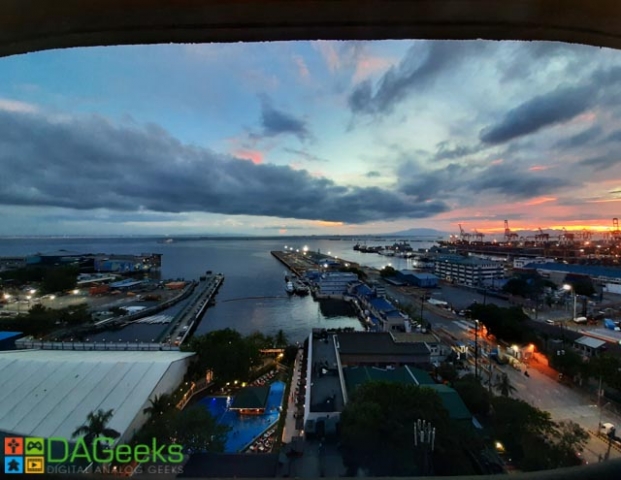 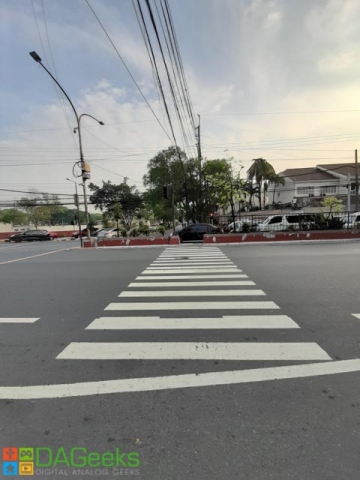 Samsung was able to strike the perfect balance with the A50 for content creators in the era of live streaming. The design is on point, the performance of a flagship at a quarter of the cost with ample battery life to help you get through the day. It can be your companion for capturing content and will never leave your side when you need to take a break and launch your favorite MOBA or battle royale game.