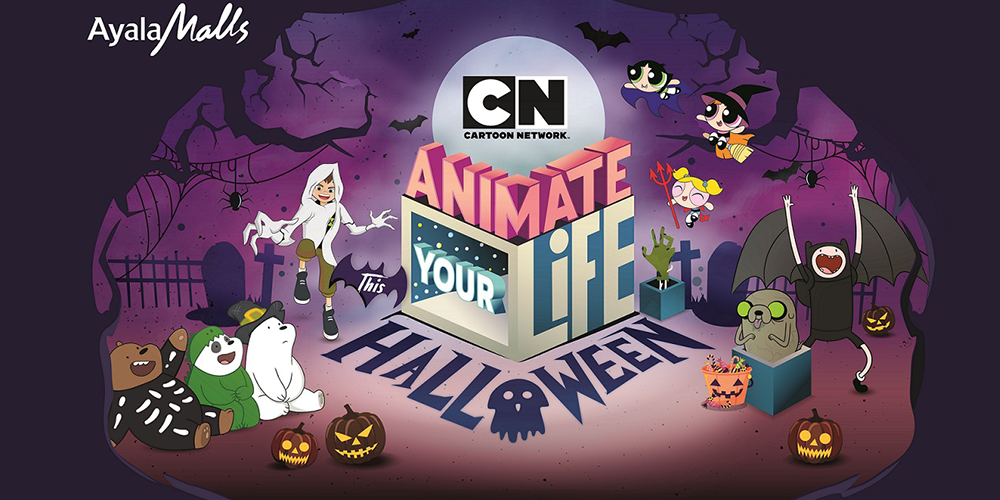 Cartoon Network and Ayala Malls for Animate Your Life This Halloween

Cartoon Network, partners with Ayala Malls, by organizing Animate Your Life, the brand’s biggest celebration of fun, fans and fans of fun.

For the whole month of October, Cartoon Network will be transforming Ayala Malls into a world of cartoons with large installations and inflatables of your favorite characters from The Powerpuff Girls, We Bare Bears, Adventure Time, and Ben 10 There are tons of activities attendees can enjoy.

And it seems like they are teasing something about an event:

Get a chance to see your favorite friends from Cartoon Network and take “groufies” or even “bear-fies” with them as they tour around the country. Did we mention that we’re giving away loads of prizes? Just make sure to take a lot of photos. There’s a special treasure hunt in store for those fans willing to mall-hop on the metro, so stay tuned on social for more details.

Also, from October 27 to 31, Cartoon Network and Ayala Malls will be hosting several Halloween parties. Go trick-or-treating with your friends and family at a mall near you to join. It’s more about treats than tricks, though, so dress up as your favorite Cartoon Network character for a chance to win awesome prizes.