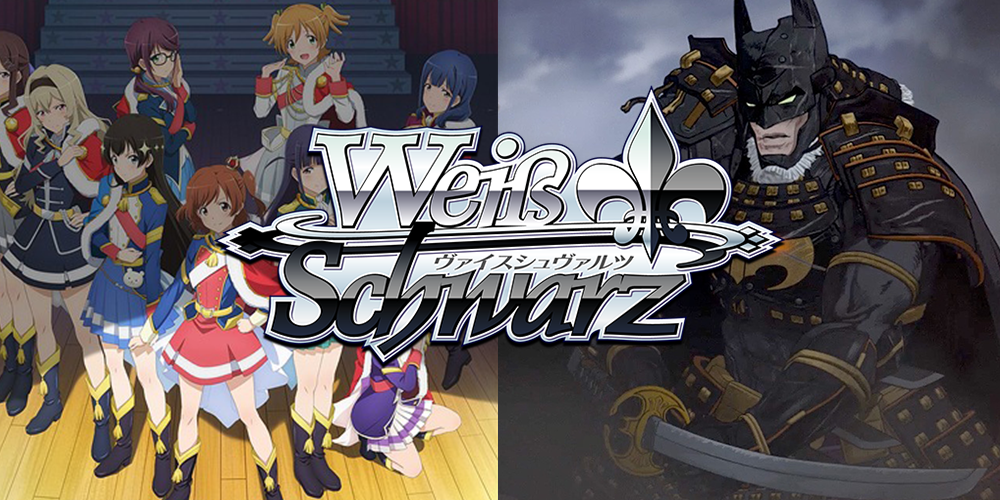 Batman Ninja and Revue Starlight are Coming to Weiß Schwarz

Bushiroad has unveiled two new titles, Batman Ninja, and Revue Starlight, that will be featured in the English edition of its popular Trading Card Game Weiß Schwarz at the Bushiroad Championship Series 2018 World Finals held at the Akihabara UDX.

Weiß Schwarz allows players to relive their favorite anime and games through an exciting, fast-paced trading card game. Popular titles include Cardcaptor Sakura: Clear Card, Sword Art Online, Fate/Apocrypha, and BanG Dream! have graced the game, along with many others.

Batman Ninja is a unique film featuring the Dark Knight that places the heroes and villains of the Batman universe in feudal Japan. The film features Batman and his allies doing battle with his nemesis the Joker as well as other villains in feudal Japan. Sent back in time due to Gorilla Grodd’s time displacement machine, the Dark Knight and his allies must fight to prevent their enemies from altering history, and return themselves to their rightful time.

This marks the second English Edition Exclusive title to be released internationally, and will serve to add more depth and selection to the game’s current environment. The first English Exclusive title, Cardcaptor Sakura: Clear Card, will be released on February 22, 2019.

The Stage Girls are ready to dazzle Weiß Schwarz stage. Reunited by fate, childhood friends and aspiring stage actresses Karen and Hikari must compete in a mysterious audition process to gain acceptance in the famed stage production “Starlight” and become top stars.

Both of these titles will be getting their very own Trial Decks and Booster Packs, as to the official release dates, this has yet to be announced.