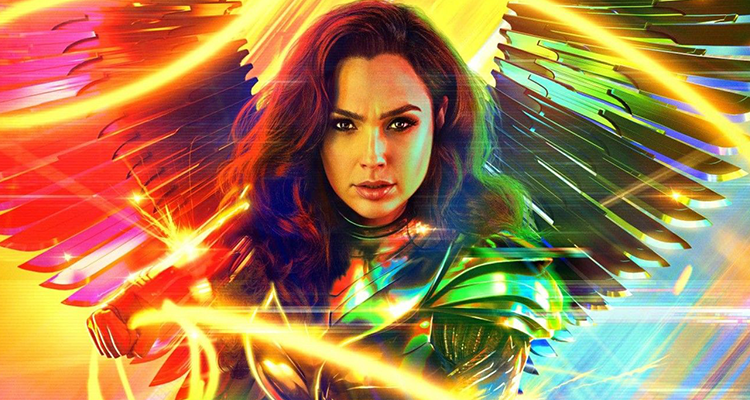 Wonder Woman 1984 is the long-awaited sequel to the 2017 Wonder Woman film that stars Gal Gadot and directed by Patty Jenkins. The movie follows the adventures of Prince Diana of Themyscira, an Amazonian warrior blessed with the power of the gods who fight for truth and justice for all. Wonder Woman 1984 is a great romp and an enjoyable superhero movie but you may need to turn your brain off as asking questions may poke too many holes in the plot.

The movie starts with a flashback of a young Diana back in Themyscira competing in something like the Olympics for Themyscira. Without going into spoilers, this short prologue sets the tone for the rest of the film which deals with desire and the importance of truth in all of that. The main movie, however, is set in the titular 1984 with Diana currently working for the Smithsonian under the guise of Diana Prince. It’s been a far cry from the time of the first movie and we get updated at how all this time Diana still pines over the loss of Steve Trevor.

The movie also introduces a dynamic new cast (since obviously it’s been a generation or two since her original friends have existed). We get to meet the klutzy and forgettable nerd Barbara Minerva played by Kristin Wiig and oil baron tycoon Maxwell Lord portrayed by Pedro Pascal. Minerva is a perfect addition and foil for Wonder Woman as she later becomes Cheetah — a long-time nemesis of Wonder Woman in the comics. Lord, on the other hand, is a very interesting villain that adds a different dimension to the story and character of Wonder Woman. Gadot, Wiig, Pascal, and Chris Pine, who reprises his role as Steve Trevor, do an excellent job at portraying their characters and I would say their acting was spot on. Wiig as Minerva aka Cheetah was an interesting choice as Wiig is more known for her comedic roles but as the nerdy Minerva, you can empathize with her desires and understand her transformation into Cheetah. Pascal‘s portrayal of Lord, on the other hand, is a bit more lighthearted than his original comic book counterpart and a lot less nefarious, however, it is rather refreshing and I am personally into it. Gadot and Pine’s chemistry as Diana and Steve continues to be a highlight in the movie like in the last one, though, honestly, at times it felt like I was watching a romance movie rather than a superhero movie as the plot tends to spend a lot of time in their love story.

One thing I particularly liked with Wonder Woman 1984 is the set pieces and the costume design. With the film set in the 80s, there is a high expectation for 80s nostalgia and the film delivers. From the costumes on all the major and minor characters, the hair, and even the set design, it mostly captured the 80s vibe. I would say this was probably the most spot-on in the film and you can truly see the dedication to reenact this period in American history.

However, where this movie actually falters is in the overall story. The story has a lot of plot holes and anyone not paying attention can easily get lost with what is happening. The trouble is that it has too many character plotlines it is trying to resolve and bring together that it gets lost in its storytelling. It suffers from the same problems movies like Spider-Man 3 (the Tobey Maguire version) and The Amazing Spider-Man 2 (Andrew Garfield) had. That being said, I did enjoy a lot of the action scenes in this movie and as always Gadot delivers something thrilling and exciting. Though admittedly, the film could use more “wonder woman-ing”  with her actual battle scenes a bit far in between. But in the times, she does don the costume, they are fun and exciting and you will find yourself rooting for her.

Overall, the movie is a fun watch despite its two and half hour runtime. There are a few dragging scenes and you need to turn your brain off at times to fully appreciate the movie. The first movie though is definitely better and the sequel has not yet surpassed it. But it’s definitely worth the watch if you have free time and it’s a great family movie too. Wonder Woman is currently available on HBO GO streaming service.

Wonder Woman 1984
Screenplay
60
Cinematography
90
Casting
95
Soundtrack
80
Visuals
90
Reader Rating0 Votes
0
DA Good
Great cinematography and iconagraphy, you really feel the 80s setting.
ight scenes and choreography are done well.
Wonderful acting from the main cast that you can really feel their motivations.
DA Bad
Fight scenes with Diana as Wonder Woman are a bit far in between.
Story is a bit messed up and all over the place, too many plot points that need to be resolved.
83