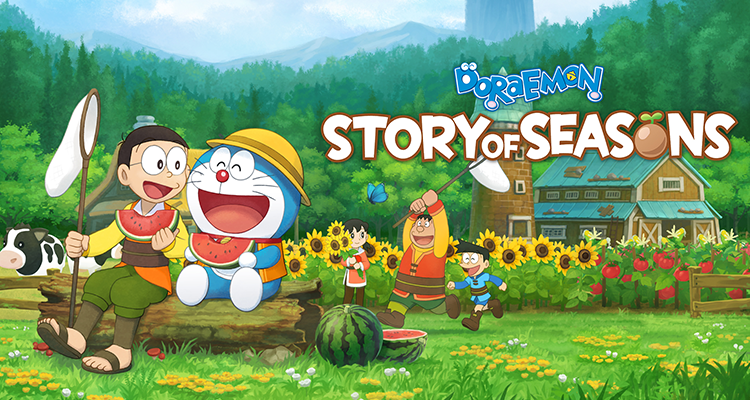 Farming simulators can be quite a niche. Popular, sure, as proven by games such as Stardew Valley and the ever-iconic classic Harvest Moon. But a never-ending task simulator isn’t exactly everyone’s cup of tea. I mean, why play a game that lets you do menial everyday tasks, right?

But that exactly is the appeal to certain people, especially during this time of you-know-what. That said, how then does Bandai Namco Entertainment‘s Doraemon: Story of Seasons stand in this niche genre? 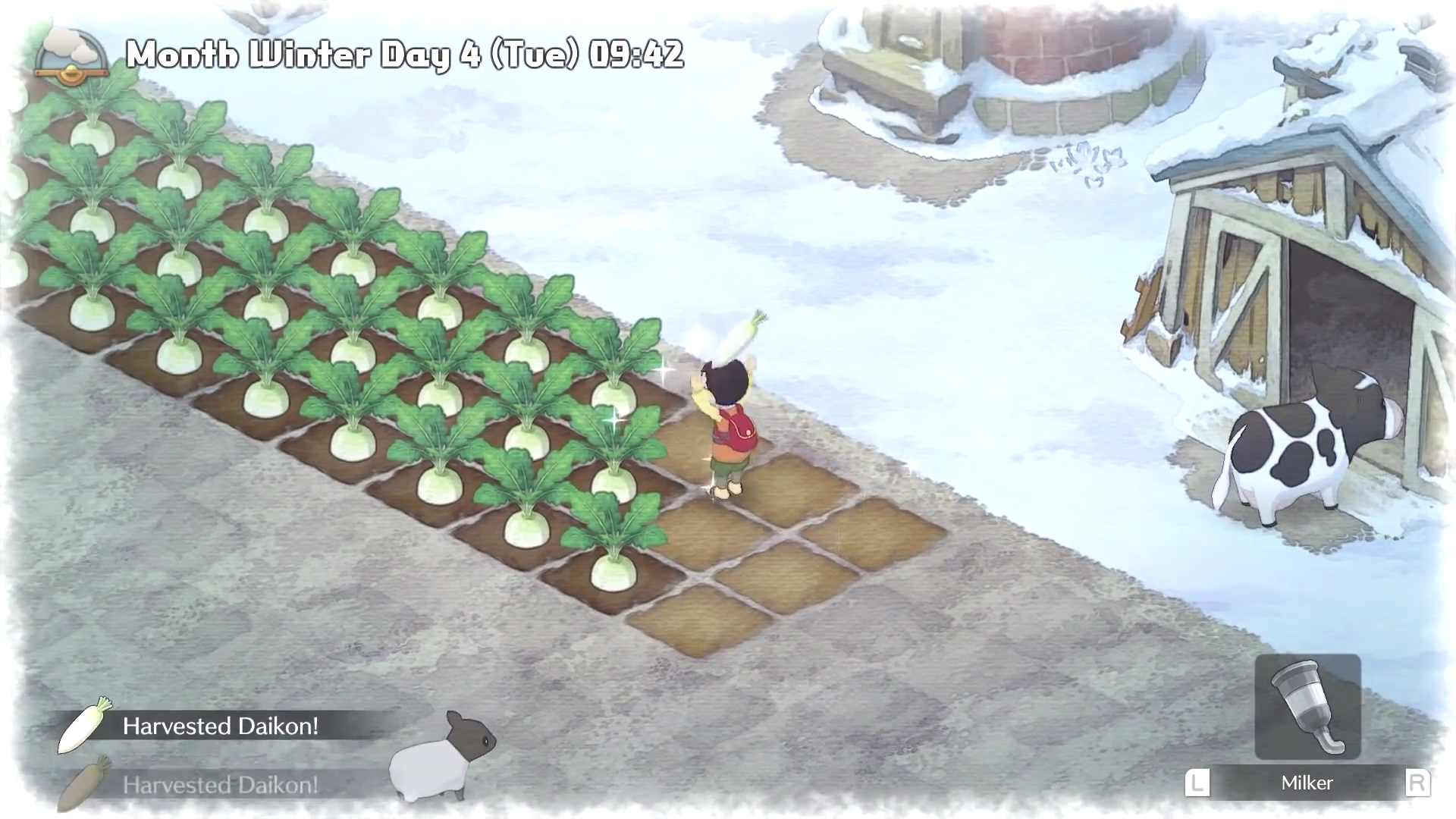 Before we begin, I’d just like to point out for those not in the know that Story of Seasons is actually just a rebranding of Harvest Moon as the HM title has been reacquired by its original creator for other purposes. That said, how does Doraemon compare to the longstanding franchise? Is it just a reskin of the classic game? 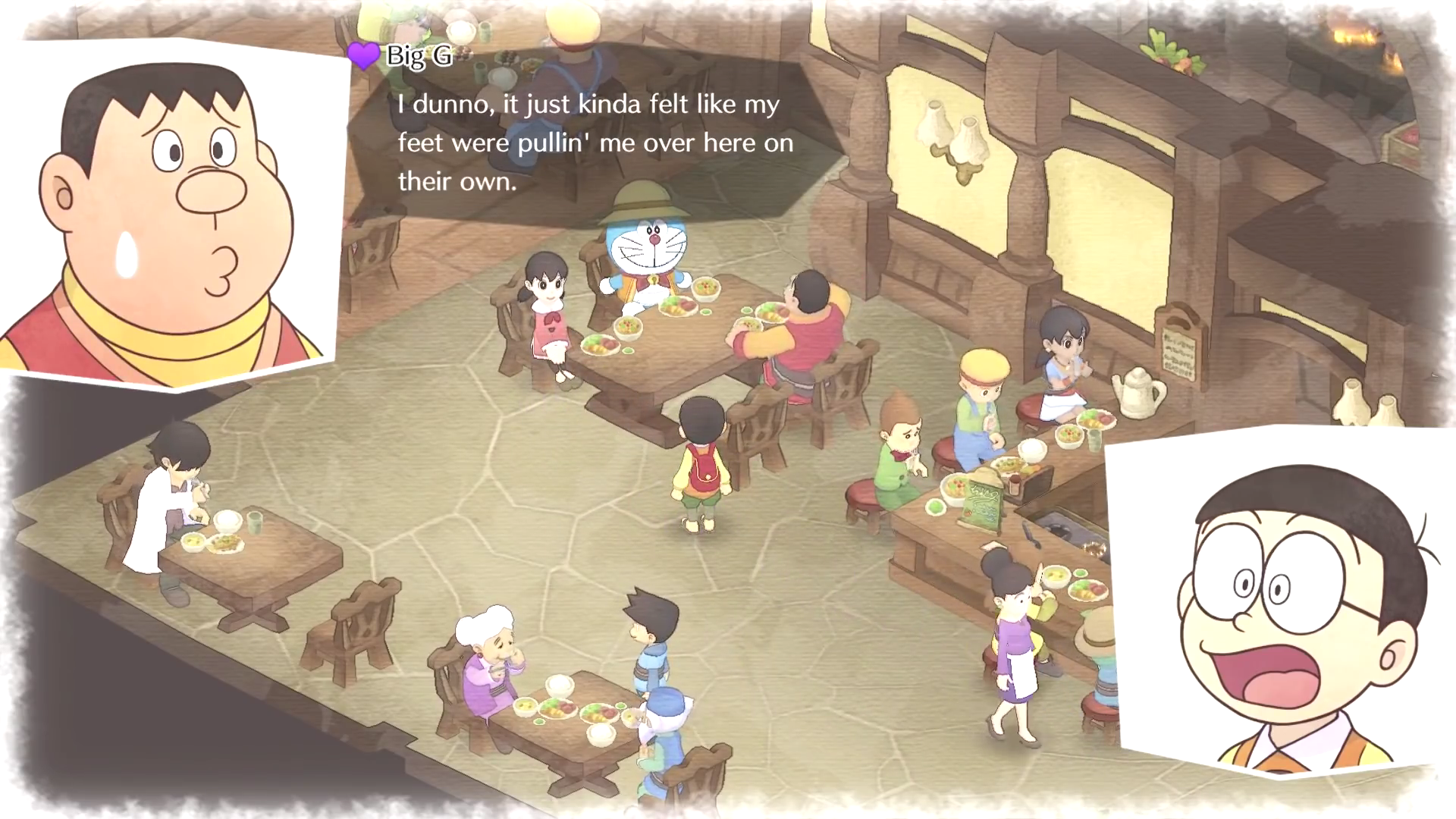 Starting with the plot (or at least some context) – Doraemon and the gang get whisked away by a mysterious storm that transports them into the world of Natura. Doraemon immediately discovers that his gadgets are missing. There, you take control of Nobita as he and the gang take up jobs in the town they find to help out as they figure out a way to find home. You will learn all about farming, fishing, carpentry, cooking, and many other skills, while looking for Doraemon’s missing gadgets. That actually sounds like a great plot for an anime movie. 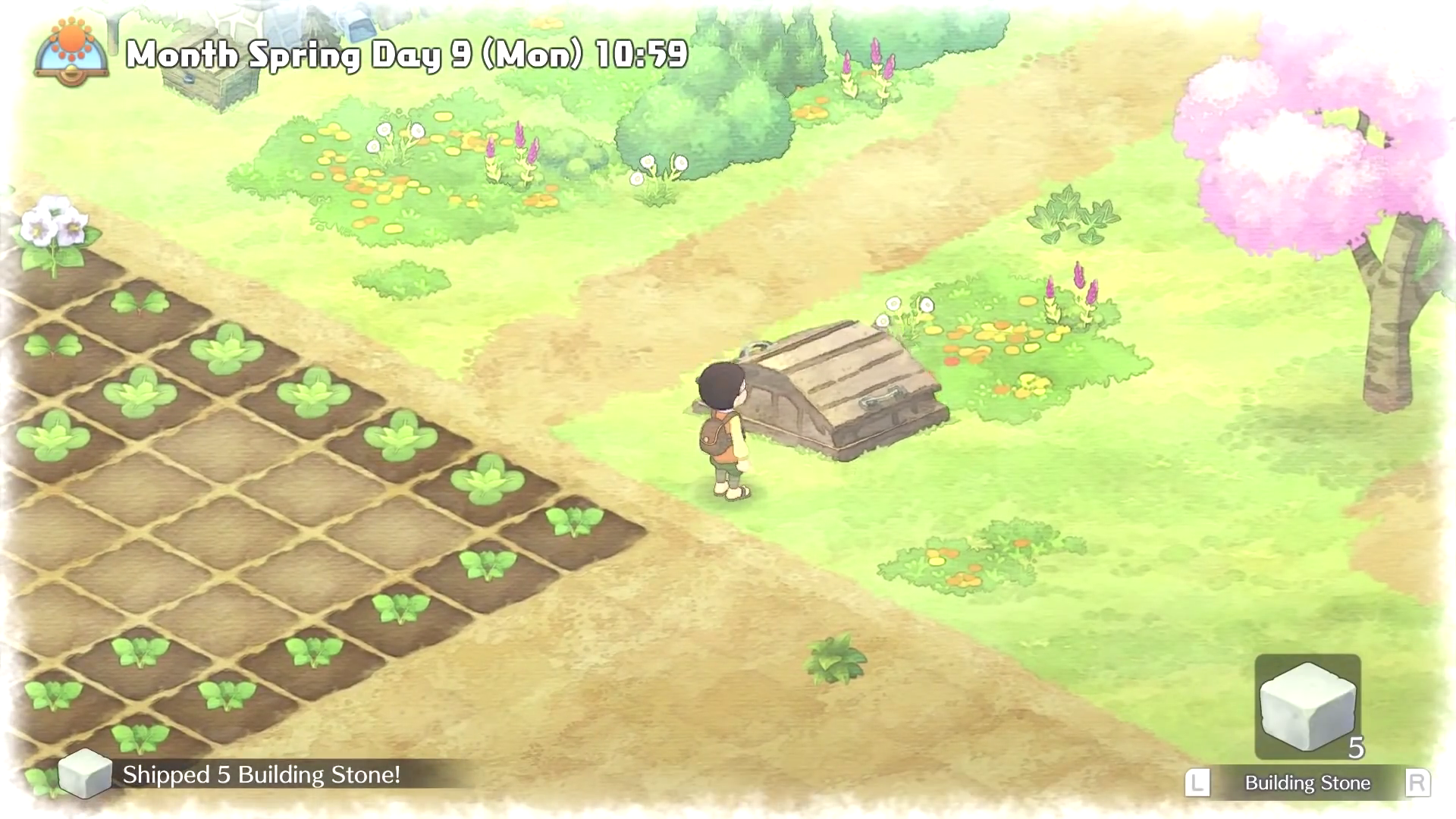 It’s effective in its simplicity. I’ve managed to play through til the “story ending” – don’t worry, you can still keep playing after it – and it’s every bit as charming and enjoyable, worthy of carrying both the titles of Doraemon and Harvest Moon / Story of Seasons. Nobita can be quite annoying with his constant whining (faithfully and repeatedly expressed by his “Eeeehh” voice line), but that’s kind of a default with him anyway, but it was endearing seeing him, Doraemon, Shizuka, Takeshi, and Suneo learn about their responsibilities while getting friendly with the Natura residents.

The gameplay of Doraemon: Story of Seasons actually strives to expand the established formula of Harvest Moon by adding the feature to use the gadgets you eventually collect like the iconic Anywhere Door, Translation Gummy, and the What-If Box. These allow you to do surprisingly practical and thematic things for farm life such as quick travel to town locations and controlling the weather – making the grind unique to the series.

Other than that, it’s the typical day-to-day business of planting and harvesting crops, raising animals, befriending villagers, exploring the world, mining, farming, baking, and a whole lot more.

It may seem intimidating at first to have so many things you are tasked to do, but once you establish your own pace and get used to things, it becomes easy to get lost in the endless farming fun the game offers.

One classic feature that is missing in this installment is the “marriage” feature (for the very obvious reason that you are playing as a child character from an established kid’s show), but it’s not really a total loss given everything else that’s happening. 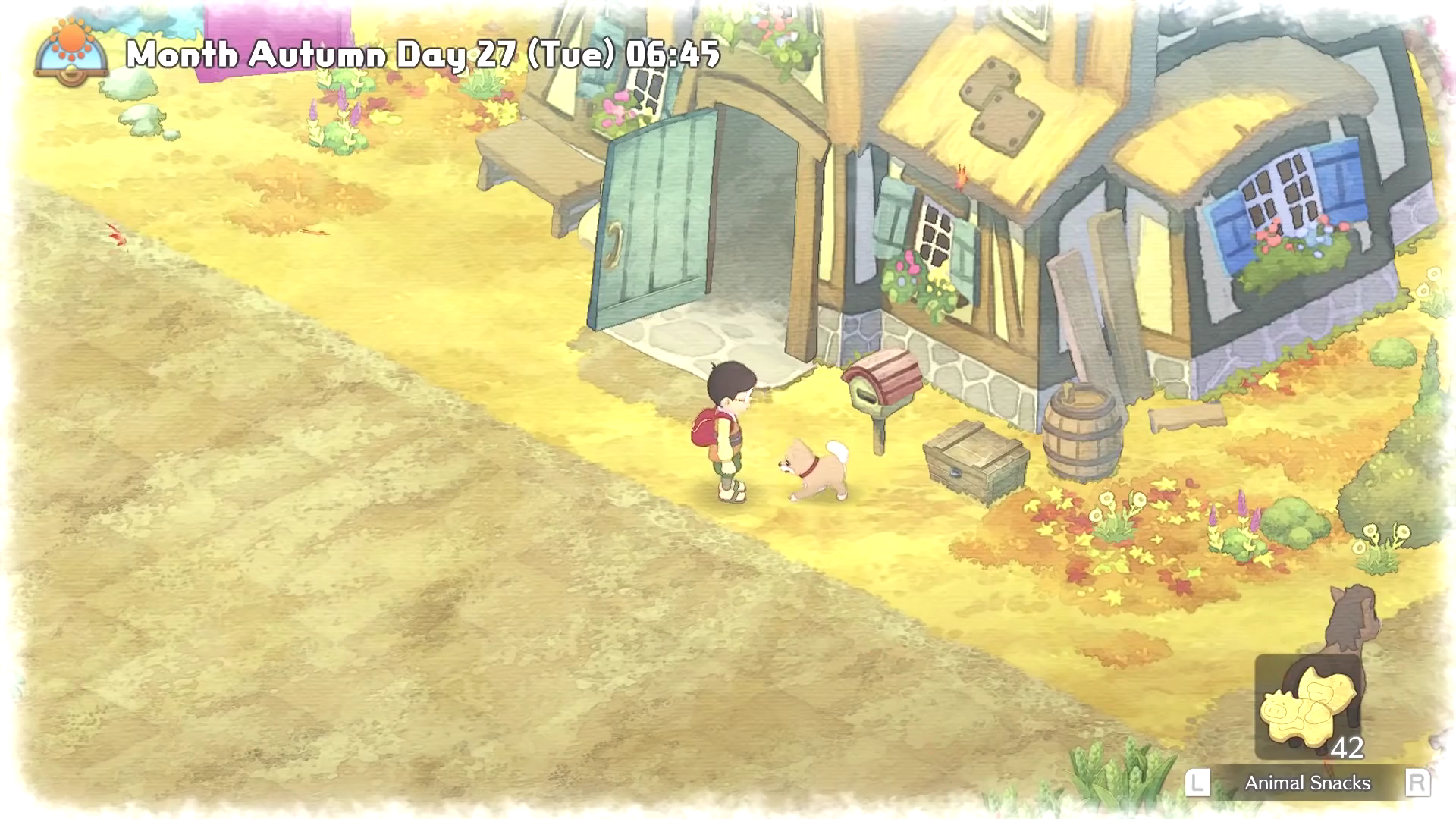 Visually, it’s amazing. There is a constant watercolor-on-paper texture that makes the game feel like a quaint idyllic countryside art piece. This – coupled with how very charmingly detailed the environments are and how naturally slow-paced the game is – makes D:SoS a much needed enchanting escape to a dream life of nonchalant every day.

It’s one of the few games where you’re not pressured to get stronger, save the world, or follow a strict game calendar.

The beloved cast of Doraemon shines with how their personalities match with the jobs they’ve chosen in the town with Natura, making this feel like it deserves a movie or even a series of slice-of-life adaptation. 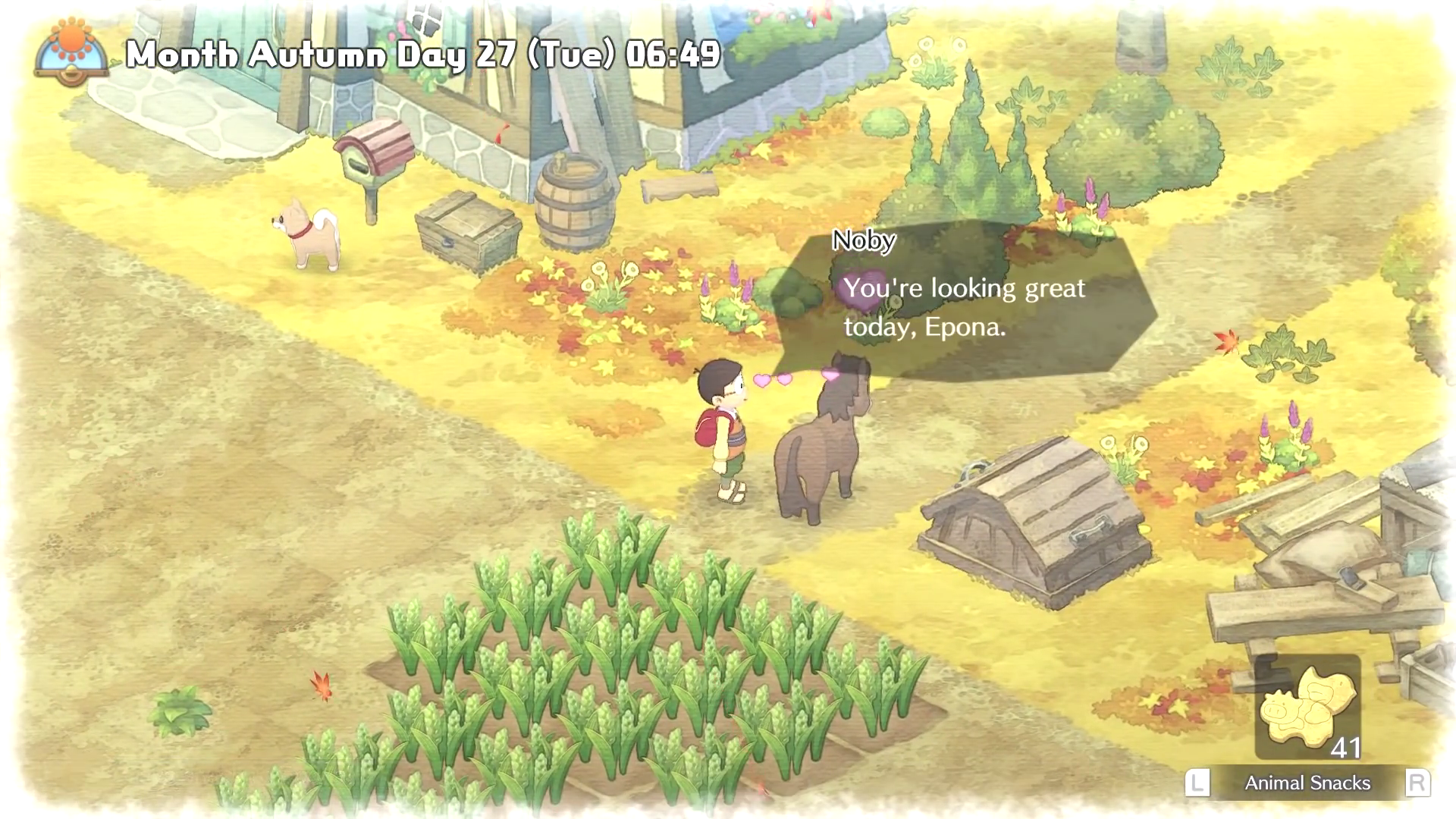 All in all, Doraemon: Story of Seasons is a refreshing casual game that fans, casuals, kids, and kids-at-heart can enjoy for a long time. There may just be a daunting impression of having a never-ending list of things to do, but once you get over that hump, it becomes an experience that’s hard to put down.

Long-time SoS fans may not find many new things about this installment, but it is something that softens the niche farming simulator genre for those just starting out.