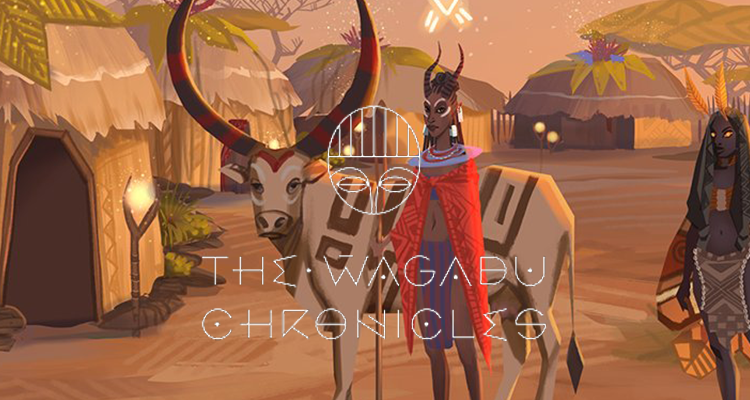 An occasional Kickstarter supporter, the Wagadu Chronicles was recently suggested to me as a project to look into. I’d like to summarize my quick jaunt through the Kickstarter page in three major points.

First, the Wagadu Chronicles is set in an Afro fantasy setting. This is a fairly unique setting that I’ve yet to see executed well. Considering the credentials of the people in this project, it seems we’re going to be getting a really authentic work.

I’m not really a good person to evaluate the authenticity, so I’m just basing it off the creds stated in the text, which highlights performers who are grounded in the ethnicity and academic orientation.

Second, it’s going to be a role-playing focused online RPG emphasizing on world and community building. I am also curious how this would be executed. Given my experiences in online RPGS have been mostly focused on combat elements. The game aesthetics also strikes me as a little unpolished (understandable given its alpha state). Or probably just outside of my preferences.

However, the concept of having non-combat and role-playing focused development as a very interesting format. Given that they’ve entered a partnership with Riot Games makes me even more interested. Considering their recent explosion into different genres of games and a focus on competitive gaming formats.

Third, they’ve released a free sourcebook compatible with D&D’s 5th Edition. A free 200+ page sourcebook for the largest tabletop RPG in the world is a major freebie that possibly can pay off in the long run. As it targets a large fandom base that might cross into their project.

The material is well written. Although I’d consider it a Beta-level publication for now as it needs a few passes for editing, consisting of typos and minor grammar glitches. All said it is meaty material that provides a lot of background and setting content, as well as very interesting takes on the classes and system of d20 5e.

I’d consider myself interested in an Afro fantasy experience. Given my only meaningful exposure to this would be Black Panther. Also, it seems rather timely considering the recent passing away of Chadwick Boseman, who likely stands out as one of the best icons of Black heroism in cinema.

Despite my personal preferences on the aesthetics featured, the double package of both a game and the sourcebook are both strong lures for me to consider backing this Kickstarter. I’d say I’m looking forward to this as it develops as my first dip into Afro fantasy as it’s setting.