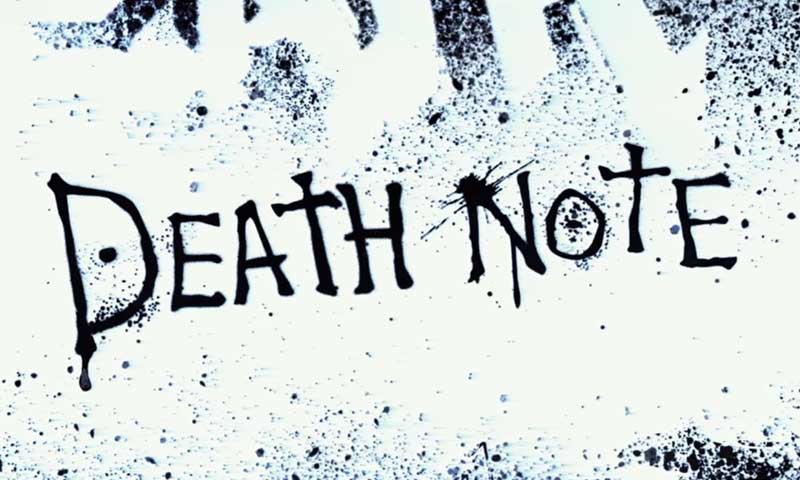 We Should Stop Hating On Netflix’ Death Note

We’ve seen it happen time and again. A live adaptation of our favorite anime or video game is announced. Some of us are excited, while the rest throw their heads back and roll their eyes, cracking their knuckles as they prepare to rant on social media how this new venture is out to ruin their childhood. And who could blame them? After blunders like Dragonball Evolution, The Last Airbender, and many other movies, it just feels like someone peed repeatedly in the swimming pool of nostalgia. We’d sometimes give passes, especially to the Japs, since they can produce a decent live action every now and then, (and hey, they’re Japs. They invented everything we worship) but even they aren’t immune to the curse of suckage. Shingeki no Kyojin anyone? Bottom line is if it’s a real person + big screen + an anime or video game title, it would almost always equate to a cringeworthy letdown.

And look where we are now. The prejudice has escalated to actual discrimination, to the point where we won’t even give new projects – promising as they may seem to new or unjudging eyes – a chance to prove themselves. It’s almost as if, as a culture, otakus everywhere have unspokenly erected a barricade against any Hollywood adaptation attempts. “Everything ‘3D and alive’ is trash and a disgrace to source material.” Not only that, due to the innovation of 2017 social justice warfare, we found a new pitchfork to raise – that these shows are blatant practices of whitewashing. Though this issue should be debated on a case-to-case basis, it’s a shocking development for us non-Japanese fans to cry out culture appropriation, when the Japanese themselves are completely okay with it – they themselves flattered and approving of the westernization of their works.

Which is kind of a shame. Hollywood has been getting better at the game these past few years. Sure, the decent ones are still a ten-to-one shot, but a good adaptation every now and then is still better than none at all. Remember ScarJo’s Ghost in the Shell? Of course, you do. It’s been the subject of criticism for months until its release last March. It was actually quite a satisfying watch – being as faithful to the pacing and aesthetic of the iconic OVA as possible – and could have been very well been the first decent otaculture adaptation since Edge of Tomorrow and Rurouni Kenshin. But that didn’t exactly how it went down. That honor was given to the recent Netflix animated production of Castlevania, giving the Konami classic accolades as far as being the “first show to break the adaptation curse.” Ghost in the Shell – despite being masterfully done –  was left to stale in the dust because all the censures and social media hate have discouraged the majority from even giving it a chance. Just because it’s a western live-action adaptation.

So, do we really hate western adaptations of anime as a culture, or are we just tired and so used to disappointment that we simply won’t have any of it anymore? Are we just so jaded on seeing live versions of our beloved fandoms fail to live up to our expectations?

So why did Castlevania succeed then, you ask? Because it’s still in an anime format.

So why did Edge of Tomorrow succeed then, you ask again? Because people didn’t even know it was a Japanese light novel.

What am I getting at here? What I’m saying is that it’s geek culture attaches a face to a beloved fandom – an image so venerated that anything that strays from it is sacrilege. We are so stuck in the past, in the moment the first time someone does it, that it would be pointless to bring something to succeed it unless it is exactly the same and more. By that definition, it would be pointless then to be making adaptations if you have to actually “adapt” it to a different culture, to a different audience. We say that we don’t like these adaptations, but what we’re actually saying is that we don’t like it if it’s not a direct remake.

I mean, I get it – a lot of live-action movies did us dirty and we don’t want to get hurt again, so we built this wall around us. No good story ever deserves to be bastardized for the sake of a studio’s paycheck.  We held on firmly to our ideals, and that’s good. But that shouldn’t mean we should crucify anything new that comes along the way.  Have we not read enough manga to know that that makes us the bad guys? I’m not saying we should let go of the originals, but we should judge the newer iterations on their own. Some of them might finally be good. Some of them were actually good. But we would never know because we never took down the wall and shot first.

Comparing a franchise to its remakes would be inevitable, but appreciating the remix doesn’t mean the original is getting killed off. And let’s not forget that these adaptations are keeping these franchises relevant. I’m pretty sure you wouldn’t want to be a part of a dying fandom. Retelling these stories is one of the major efforts taken to introduce them to a new audience, and not just to keep the existing fanbase engaged.

“Gee, Linda. This adaptation of Anime X doesn’t exactly match with my image of an ideal remake. I still think the original animation was better made, but it was a good effort, though.”

That’s not really a tough thing to say, and definitely not a bad mindset to have. Tolerance and being human don’t really cost much, even if you are on psychological budget.

Of course, not every adaptation from here on out is going to be different from the shitshow s we’ve had in the past. But to put disapproval on speed dial is really just hating for the sake of hate. If we’re going to hate a show, hate it when the director sucks. Hate it when the actors have no idea what they’re doing. Hate it when you’re sure the only thing the adaptation and the source have in common are names. Hate it because you know it deserves it. But don’t hate it when you haven’t even seen it. Don’t hate it when you’re not even sure it disgraces the legacy of a fandom you love. Even if you’re not up to giving it a chance, don’t poison the well and ruin it for anyone else who might want to watch and enjoy it for themselves. And a good practice session for this is coming up soon with the upcoming release of Netflix’ live adaptation of hit anime series Death Note.

There has already been a lot of backlash for it these past few months – which includes claims of whitewashing and incompetent casting, but it has been turning a few heads recently. With the latest teaser trailers and a private showing in San Diego Comic Con, audiences – both casual viewers and fans alike – cheered and applauded the screening. How’s my head? Sure, there have been some complaints, but this is SDCC we’re talking about, and it’s an event where you’d expect the nitpickiest of avid fans to be. They applauded for how the rainy and gloomy setting of Seattle fit with the dark story. They applauded the tweaks in the characters as how real teenagers would react to being given unbridled power. And they applauded the cast for explaining and defending their work, in the face of all the criticisms and controversy – on how they strived to remain faithful despite adapting it to different culture, and on how important the source material was for them as well.

Death Note has a special place in my heart as 90’s kid and an otaku. It was one of my first cosplays. I loved it even beyond episode 25 (which was ever everything started to become dragging and unnecessary). And I, for one, am going to watch it with no baggage of fandoms, of expectations – a total blank slate. I’m not going to be swept up with the hate mob until I’ve seen it for myself. If it’s gonna be good, then good for them! I’ll be among them breaking out the wine and firecrackers for continuing Tsugumi Ohba’s legacy. If it’s going to suck, I’ll just appreciate whatever there is to appreciate and move on. Maybe someone else will find it more enjoyable. What I’m not going to do is lambast it online and ruin it from potentially finding a special place in other people’s hearts. Let’s not turn this into another Ghost in the Shell.

As the OG Light Yagami once said,

“This world is rotten, and those who are making it rot deserve to die”.

Death Note probably won’t become one of Netflix’s biggest hits, but for what it pays tribute to and what it accomplishes, it’s not hard to recommend.

Death Note is heading to Netflix next month, August 25, you should go out and watch it!