Get ready for some serious magic on tonight, March 12, 2018, when the crime drama Deception premieres on Warner TV same day as the U.S.! The show features the timeless arts of magic, misdirection and deception to foil dastardly plans and bring criminals to justice.

Deception stars Jack Cutmore-Scott as the superstar magician, Cameron Black. The story jumps off after a huge scandal derails Cameron‘s high-flying magic career. Motivated by his desire to expose the person that led to his downfall, he teams up with the FBI. In every episode, he helps them to solve crimes, working through elaborate criminal plots using his extensive knowledge of magic and illusions.

Tada!
The full length trailer is here!
If you like #TheMentalist, you’re gonna love this!

Cutmore-Scott worked extensively with one of the show’s producers, David Kwong (Now You See Me, Blindspot), a professional magician, to learn tricks and various illusions that help lend credibility to his character. 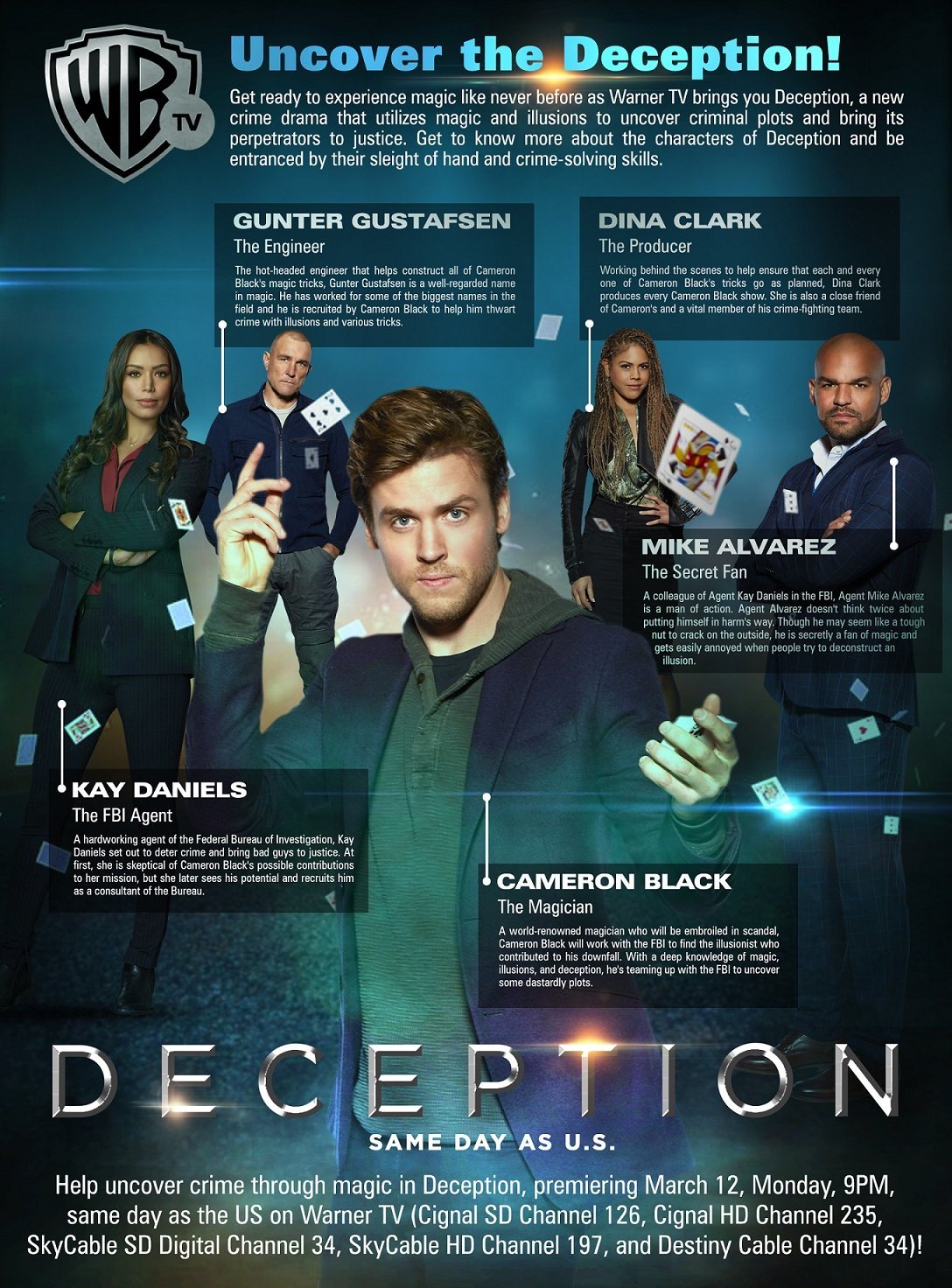