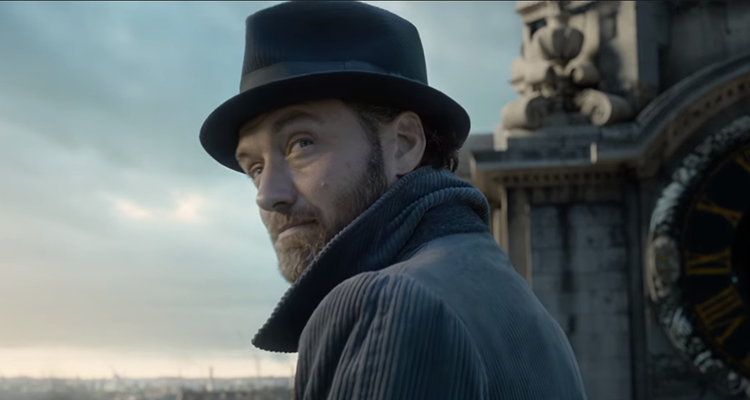 Crimes of Grindewald Trailer Reunites us with Newt, Jacob and Familiar Characters

Warner Brothers Pictures just released the first official trailer for the upcoming Fantastic Beasts and Where to Find Them sequel, Crimes of Grindelwald. The trailer reunites us with the cast of the first movie with the addition of the younger version of a familiar character, namely, Albus Dumbledore.

The trailer, seen below, reunites us with Tina & Queenie Goldstein (reprised by Katherine Waterston and Alison Sudol respectively) and Newt Scamander (reprised by Eddie Redmayne), and (to my joy) Jacob Kowalski (reprised also by Dan Fogler) back in action as Newt is tasked by a younger Professor Dumbledore (played by Jude Law) to take on Gellert Grindelwald, portrayed by Johny Depp.

The trailer also brings back Credence Barebone (reprised by Ezra Miller), the Obscurial in the first movie which seems to be now part of the Le Circus Arcanus and seemingly still has anger issues. We’re also introduced to Leta Lestrange (played by Zoe Kravtiz), who we know has a complicated (to say the least) relationship with Newt, and Maledictus (portrayed by Claudia Kim) a witch with cursed blood that turns her into a beast.

The movie is slated to be released this coming November 16, 2018 (so November 15, 2018 in the Philippines) and the month can’t seem to get any nearer.