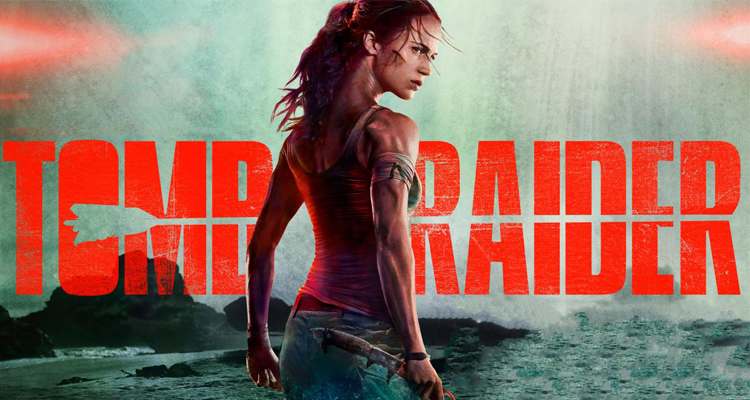 A reboot or perhaps a new iteration of the Tomb Raider movie franchise, Roar Uthaug’s Tomb Raider is a solid and refreshing movie. An adaptation of the recent video game, released in 2013, the movie depicts a more grounded and less fantastic kind of world for Lara Croft, portrayed by Alicia Vikander. The movie is essentially an origin story for a young Lara Croft, who searches for her father who has been missing for 7 years. Ancient legends and myth still form the heart of the movie, with the reason for her father’s disappearance being connected to Himiko, a shaman queen, and her realm of Yamatai.

This Lara Croft is a very different one from the Jolie-version Lara, young and inexperienced, yet talented and strong-willed. This is not your superheroine-level Lara Croft, yet at the same time she is undoubtedly a heroine in her decisions and with the skills to back it up. It is a much more low-key and gritty depiction than the previous franchise, but Alicia Vikander nonetheless brings a convincing portrayal of Lara Croft, in personality, athleticism, and ability. The weakness of the film might be more on the secondary characters, who do serve properly as supporting cast and antagonists.

Another thing I also appreciated was the way the movie felt like a real “Tomb Raider”, solving puzzles and escaping traps in a vibe reminiscent of Indiana Jones and the pulp stories of the 50s. The atmosphere and gradual unveiling of elements in the story were done with a comfortable pacing that helped to set a mood that hinted at the mystical and eerie without jumping headlong into it. All of this came together with cinematography and designs that melded together to bring a good movie that I felt was pleasing to watch without any major hangups regarding the story and characters in it, whatsoever.