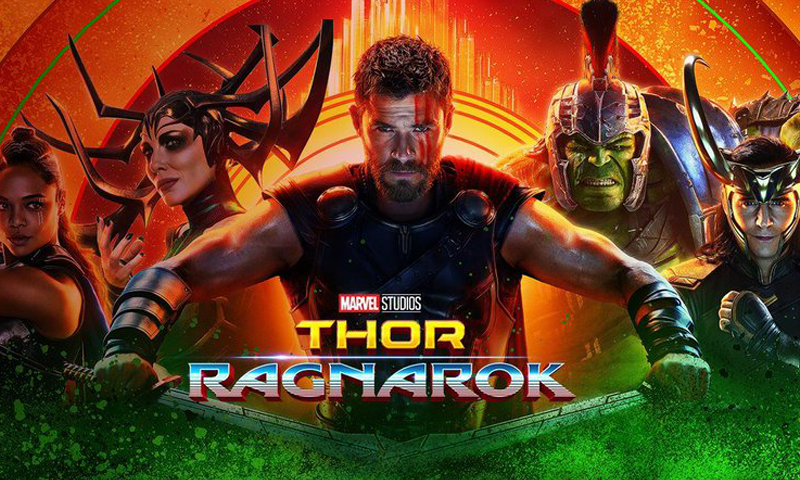 Chris Hemsworth returns in his third movie, once more taking up the hammer of Thor. The film carries on from its predecessor, with left us with Loki on the throne and with Thor heading out into the Nine Worlds with nightmares in his mind – all of this preceding the return of the Goddess of Death, Hela, and
the vision of Ragnarok on the horizon.

The story is not entirely unpredictable, but the enjoyable acting of the principal cast brings a great dimension to the movie. Hemsworth is convincing as the big-hearted, straightforward Thor. Tom Hiddleston continues in his mischievous ways as Loki, somehow being swept along by the wave of
destiny into becoming something other than the would-be villain he was once in Avengers. I can’t quite
say I like the direction they took for Loki, but nonetheless Thor: Ragnarok shows us amusing glimpses into their dynamic as brothers.

A treat in this movie was Mark Ruffalo, who is unforgettable despite his comparatively more limited screen time as Bruce Banner. I also liked the impeccable and enjoyable Jeff Goldblum as the Grandmaster, in his portrayal of an extremely peculiar tyrant-ruler. Karl Urban had his moments as the would-be henchman of Hela, Skurge.

The ladies were also out in a great way in this movie. Cate Blanchett was also great to watch and seems to have thoroughly enjoyed her stint portraying Hela, the Goddess of Death. An impressive, maniacal, and exuberant portrayal, in my opinion. Tessa Thompson’s addition to the crew was also interesting, but returns another high-powered female lead to the field who can match Thor pretty much punch for punch.

Thor: Ragnarok also has the rare distinction of being one of the few Marvel movies with an iconic riff that has stuck beyond the movie itself – the music of Led Zeppelin’s Immigrant Song – which matches the themes of Thor to a T.

The movie is a visual feast with its dynamic and high-power fight scenes, matched with a thoroughly loveable cast, and a decent enough storyline that brings it all together. By now, the tone of Thor’s movies have shifted from being dramatic to being more of an action-comedy. It has not lost its place in the MCU as the most heroically epic among the sub-franchises, which helps it keep a certain signature feel.