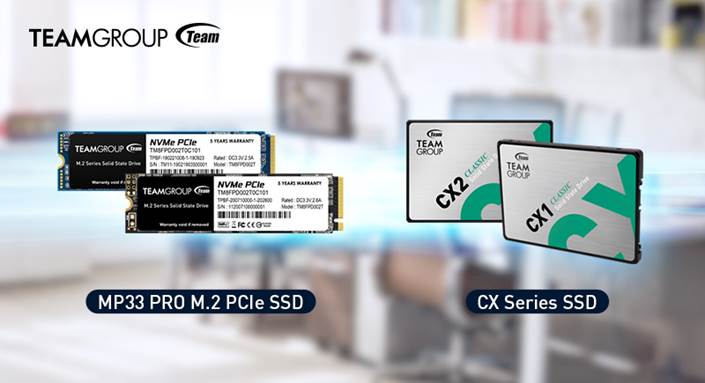 With the current situation where work-from-home and distance learning is becoming the norm, we could use an upgrade that can get our machines up and running in no time. One such upgrade would be an SSD, which cuts boot time significantly compared to hard disk drives. Gone are the days of powering up your computer before eating breakfast only to come back with your desktop half-ready. SSD-equipped computers can boot up so fast, your desktop will be ready faster than you can reread this paragraph from the beginning.

Teamgroup launched their latest SSDs, the MP33 PRO M.2 PCIe SSD and the CX Series SSD 2.5″, aimed at offering a full range of storage capabilities with a wide range of compatibility.

The MP33 PRO M.2 PCIe SSD adopts the PCIe Gen3 x4 high-speed interface in an M.2 2280 form factor. These drives can reach read and write speeds of up to 2,100MB/s and 1,700MB/s respectively. It’s available with up to 2TB of capacity, enough to replace your trusty old hard drive with new tech, and is built with an internal smart algorithm management mechanism, which gives users enhanced efficiency, speed, and reliability.

If your board doesn’t support the NVMe PCIe form factor, the CX series 2.5″ SSD would be your choice. This installs like a regular hard disk drive with a SATA cable. It has advanced SLC Caching technology which can provide the performance of up to 540/490 MB/s read/write speeds, 4x faster than traditional spinners. The CX series drives are available from 240GB up to 1TB of storage space, enough for the casual gamer/content creator. 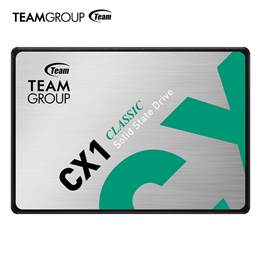