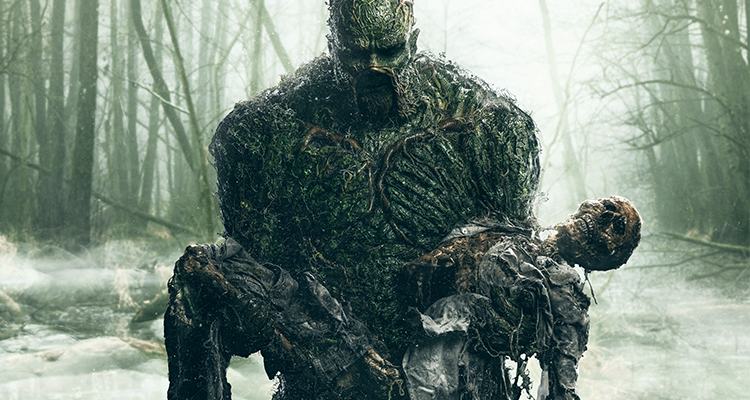 Swamp Thing is Unleashed via WarnerTV Next Month

DC‘s Swamp Thing which was pretty much a DC Universe (the multi media platform) exclusive up until recently will now be made available to fans through WarnerTV next month.

Swamp Thing follows Dr. Abby Arcane (Crystal Reed – Gotham, Teen Wolf) as she investigates what seems to be a deadly swamp-born virus in a small town in Louisiana but when a mysterious creature emerges from the murky marsh, she finds herself facing the nightmares of a supernatural world where no one is safe.

Based on the DC Comics character of the same name, the superhero horror drama series debuts on Warner TV (Cignal Ch. 235 HD) on 7 October at 9:50pm. New episodes air every Wednesday at the same time. Something unnatural is happening in the swamps outside Marais, Louisiana. When a mysterious illness strikes the town, CDC investigator and former Marais native, Abby Arcane is sent to investigate. At the hospital, she encounters biologist Alec Holland (Andy Bean – Power, It: Chapter Two) who believes the bizarre illness might be connected to his scientific work in the swamp for powerful businessman Avery Sunderland (Will Patton – Falling Skies, Halloween, Armageddon).

Also starring Jennifer Beals (Flashdance, The L Word) as Sheriff Lucilia Cable and Jeryl Prescott (The Walking Dead, Ray Donovan) as Madame Xanadu, with a special appearance by Kevin Durand (X-Men Origins: Wolverine) as brilliant biogeneticist Jason Woodrue, and Ian Ziering (Beverly Hills, 90210) special guest stars as Dan Cassidy/Blue Devil, this one-hour drama series is filled with Southern Gothic twists and turns and characters who are corrupted by the supernatural forces that surround the town of Marais. When these unexplainable and chilling horrors emerge from the murky marsh, no one is safe.

With the series canceled earlier on by Warner last year and was relegated into DC Universe (which is pretty much inaccessible by people outside the US), it’ll be interesting to see if we’ll be actually seeing seasons 2 – 3 if the demand is going to be large enough.

With that said, it’s good to finally see the horror series be available in a global market.