SM Cinema Unveils the Avengers: Endgame Experience to Hype Up for the Movie 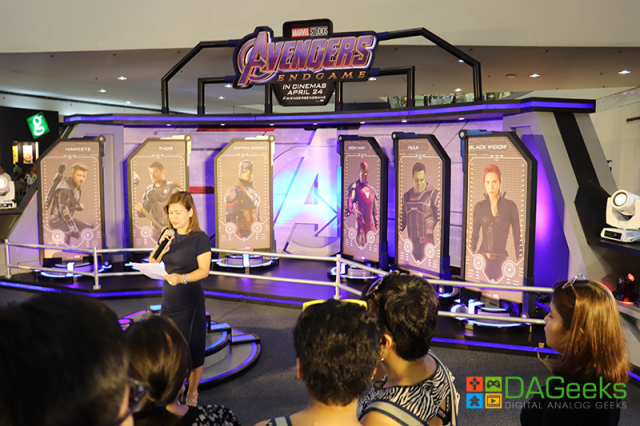 And one of the biggest set pieces in the Avengers: Endgame Experience is the big Avengers logo you can find, smack dab in the middle of the exhibit:

The exhibit is a collaborative effort between SM Cinema and The Walt Disney Company Philippines and will be at the SM Mall of Asia up until April 14, and will move on to SM City Clark from April 13 to 19. It’s last stop will be on SM Megamall which will have the exhibit stay from April 16 up to April 28, four days after the movie officially launches in the Philippines.

Catch Marvel Studios’ Avengers: Endgame beginning April 24 at SM Cinema, SM Cinema IMAX, and Director’s Club Cinema branches nationwide. Skip the lines, get the best seats in the house, and save as much as 20 php by getting your tickets via the website or the SM Cinema App. Don’t miss the latest digital promos and online activities by subscribing to SM Cinema on Facebook, Twitter, and Instagram.