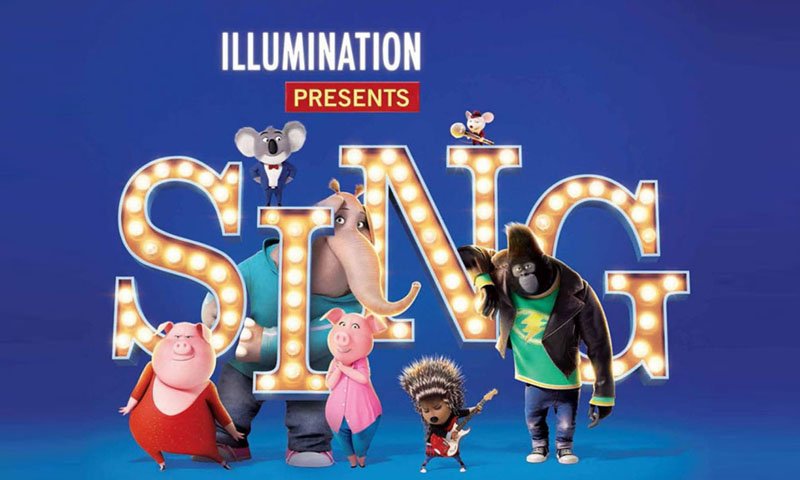 “Sing” is a movie about singing animals. Its main attraction is the array of songs and cast that brings life to the animated characters. I went in to be entertained with simple humor and fun songs, and I exited from the movie getting just that.

The plot and the depth of the story is, as to be expected, none too complex. Buster Moon, a theatre owner, is desperately trying to keep his place alive and hits on the idea of a song contest (The Voice anyone?) to draw people’s interest. Along the way, he runs into more problems (mostly his own doing) until they build up into a crisis that causes him to give up. But, by the end of the movie, his hopes are reignited and success returns to the Moon Theatre, thanks to the vocal talents he manages to farm (because animals!).

The movie genuinely feels built for a younger crowd with concepts that are not too difficult to explain, but incorporates just enough elements which help give it just enough nuance to keep most adults awake. The character stories were also fairly typical but fun enough. I particularly liked the prickly teenaged porcupine (Ash, heh), Mama Pig (Rosita), and the singing monkey (Heeere’s…JOHNNY!). Having the tiniest character (Mike) with the biggest ego and deepest voice wasn’t quite lost on me. Nor was having the elephant (Meena) having the smallest confidence.

Music is clearly the main drive of this thing, and it was pleasant to hear the snippets of songs used throughout the movie. There were a fair variety of genres represented by the different characters. Standouts for me were Ash’s songs (Scarlett Johannson) and Rosita (Reese Witherspoon). I had high hopes for Johnny (Taron Egerton), but I didn’t quite like his finale song. Probably just taste in music here, but I hope to see him in other music-oriented productions. Nice play though, having Johnny do an Elton John song, but *Ahem* let’s move along.

Overall, Sing is a simple movie with forgivable plot/story/character errors considering its target market. It has enjoyable animation and music, an easy flick for a relaxing night with the family.