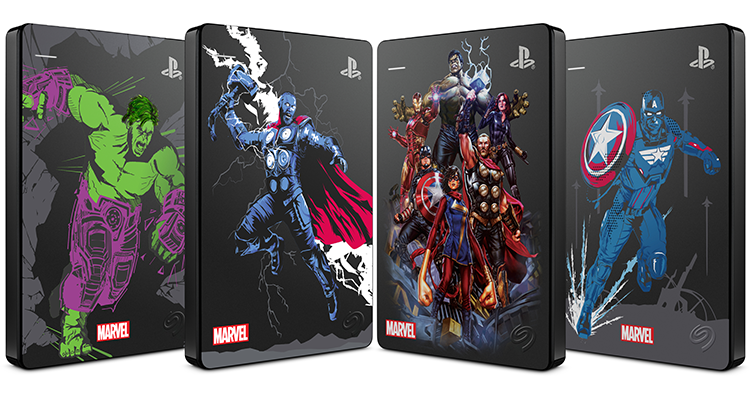 Seagate has announced the latest addition to its line of storage for console gamers the Game Drive for PS4 Systems Marvel’s Avengers Limited Edition.

This limited edition drive is in collaboration with PlayStation, Marvel, and Crystal Dynamics. And this is the only Marvel Avengers officially-licensed hard drive in the market at the moment.

Seagate‘s PS4 Game Drive is set to pair with PS4 and PS4 Pro systems with system software version 4.50 or higher. The Game Drive offers 2TB of capacity, USB 3.0 connectivity, and plug-and-play functionality. In fact, the Game Drive for PS4 recognizes it upon installation and it’s already good to go in a matter of minutes.

There is one caveat though when it comes to using the Game Drive, as per Seagate,

So, if you are deciding to bring the Game Drive to a friend’s place you may need to take note of your account and use it to access what’s stored.

You can now actually get the Game Drive for PS4 systems Marvel Avengers Limited Edition at Datablitz, Gameline, and Game One with an SRP of ₱5,290 (2TB).