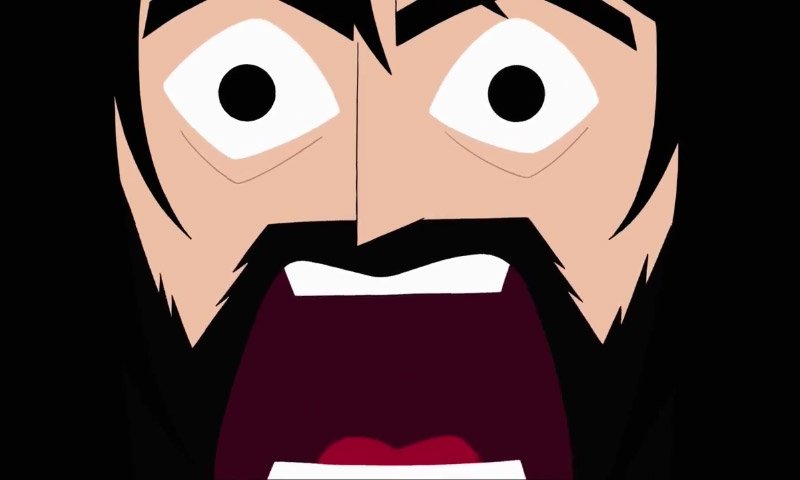 The latest season of the Samurai out of time takes on a lot of grizzly and darker themes as Jack is now starting to feel the effects of living too long. Seeing the man who, in previous seasons oozing with a almost calm version of confidence is finally showing a lot of cracks in his personality.

If you thought the previous episodes was pushing the envelope on what more Jack can take, the first two episodes in the latest season is showing us what happens to Jack when he is pushed too much and for far too long. That even with the nigh unbreakable spirit like Jack can and will eventually whittle down and break if given a long enough time. 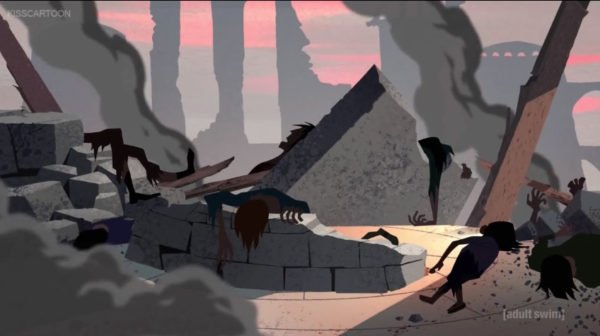 Episodes XCII and XCIII let’s us see Jack in his most vulnerable and the most different version of himself on screen. From someone who is surprised with the technological advances he has faced daily in the past, to someone who embraced everything that used to be foreign to him just to survive. We see Jack become just like the many characters he had to face on his quest to get back home and defeat Aku. But of course more bad-ass… because, why not?

For those who still aren’t familiar with what’s happening in Season 5. The story jump forwards 50 years from the previous season. We see Jack is unaffected by time as he still retains his youthful self. But during episode 1 of the 5th season (XCII), we are shown a Jack who’s feeling guilty of “losing his way” most especially after experiencing the worst loss he has to go through in his adventures in the future.

While we are still left hanging as to what really happened that lead up to this loss, one thing has not changed in his 50 years of being lost in time, and that is how he just stomps everyone who gets in his way.

Also, we are shown here of a Jack that’s so weathered and worn, that he is now more of a reluctant hero. We’re shown a Jack who, before doesn’t bat an eye in jumping in to save someone in trouble, now is more than willing to ignore people who are in need.

Moving on to the 2nd episode (XCIII) where we see Jack facing one of the deadliest enemies he has faced in his journey. We were shown a group of opponents that was bred and was trained to kill the Samurai. And with Jack being at his most vulnerable, these enemies could not have gotten a better time to take him out.

Episode XCIII also shown us a bit more on how is Jack taking everything in. We are shown how deep the brokenness Jack has experienced. And we see a Jack, who used to have inner peace, fight against his inner voices to be able to continue on living.

We are also shown in the 2nd episode a Jack that commits one of the things we never thought he would do under a kid’s network. And since he’s in Adult’s Swim now, this would probably be the beginning of more acts like it in future episodes to come. 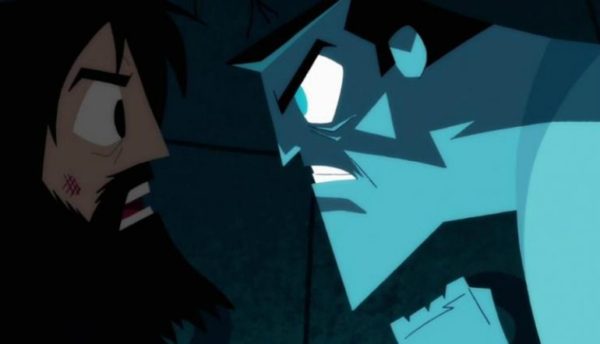 Season 5 currently just shows us, that while Aku may have failed to kill Jack numerous times. His throwing Jack forward in time may be the worst thing he could’ve done to the Samurai. He wasn’t able to kill him, but Aku broke Jack. And hopefully, this is the season where we see the man get back everything he has lost.

Season 5 is off to a good start. While it pains me to see the Jack just take on all these things on screen. What Tartakovsky does to our hero makes for great story telling. I’m remembering Odysseus in Jack as he keeps on facing one challenge after another, but with a harder hitting set of circumstances compared to the Greek hero.  I love that the art and story telling style is consistent to what we were seeing before. But the upgrade of the coloring and vibrancy of the scenes are a step up from the show’s previous seasons. And I love the fact that the new Aku VA was able to retain Aku’s voice.

Samurai Jack is definitely back with Season 5, the series being stronger and more engaging as it is visually more appealing than ever before. I hope that the succeeding episodes will continue the trend the first two episodes have started. And hopefully by then, we get to see a new Jack rising up from his current predicament, stronger and more bad-ass than ever!