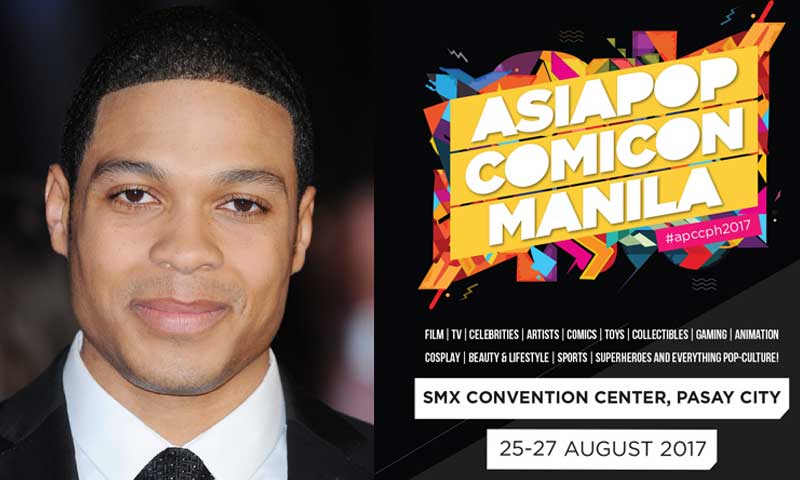 Ray Fisher, Justice League’s Cyborg is Coming to APCC 2017, Along with Updates on Artists and Their Musical Guest!

With AsiaPOP Comicon Manila 2017 just a few more weeks away, they already dropped their first big celebrity bomb in the form of Ray Fisher, aka, Cyborg in the upcoming Justice League movie.

Fisher is the con’s first major celebrity headliner for the 3-day event. Information on what we can expect from Ray Fisher in APCC has yet to be released so you can check out their fanpage and site for more info.

Meanwhile, three more artists have been confirmed to arrive to the event. Whilce Portacio, Carl Potts, Shoji Kawamori, and Serena Kozuki. For those who aren’t in the know (like me). Here’s a short intro/brief on who these artists are.

Fil-Am Whilce Portacio returns to APCC 2017. He is most famous for working on titles Uncanny X-men, X-Factor, The Punisher, Heroes: Reborn Iron Man, Wetworks, and Spawn. He’s an inker, penciler and also a co-founder of Image Comics. He’s currently working independently for Image, DC, and Marvel.

Meanwhile, Carl Potts, worked as an Executive Editor in Marvel Comics for the past 13 years. He created Alien Legion and the graphic novel Last of the Dragons. He has a book out titled, The DC Comics Guide to Creating Comics: Inside the Art of Visual Storytelling. He is currently working on a graphic novel project called, The Flying Column.

Of course, the last and but not the least (and someone who’s works I’ve fallen in love) is Shoji Kawamura. He acts as a creator of original works, an animation director, a scriptwriter, a mecha designer and a ton more of other roles. He’s had a hand in  animated TV series Macross (Robotech, to us here), and he’s the creator of one of my favorite animes before, The Vision of Escaflowne.

Moving on to the musical guest for APCC 2017. The event has announced  to bring in the Japanese idol, Serena Kozuki who will serve as the event’s musical guest.

You can now get your APCC tickets via SM Tickets. One day passes are worth 600 PHP, 900 PHP for the two-day pass, and 1,100 PHP for the three-day pass. There’s also a limited edition Collector’s Pack for the event priced at 3,500 PH while supplies last. The Collector’s Pack includes a 1/12 Scale for Iron Man “Shotgun” Collectible Figure, 1x APCC 3-Day pass, 1x Special Edition Captain America Comic Book from Comicave Studios, and a 1x APCC 2016 Tote Bag.