Realme Philippines have announced that the pre-order for the upcoming Realme 3 Pro is now ongoing up until May 17, 2019. 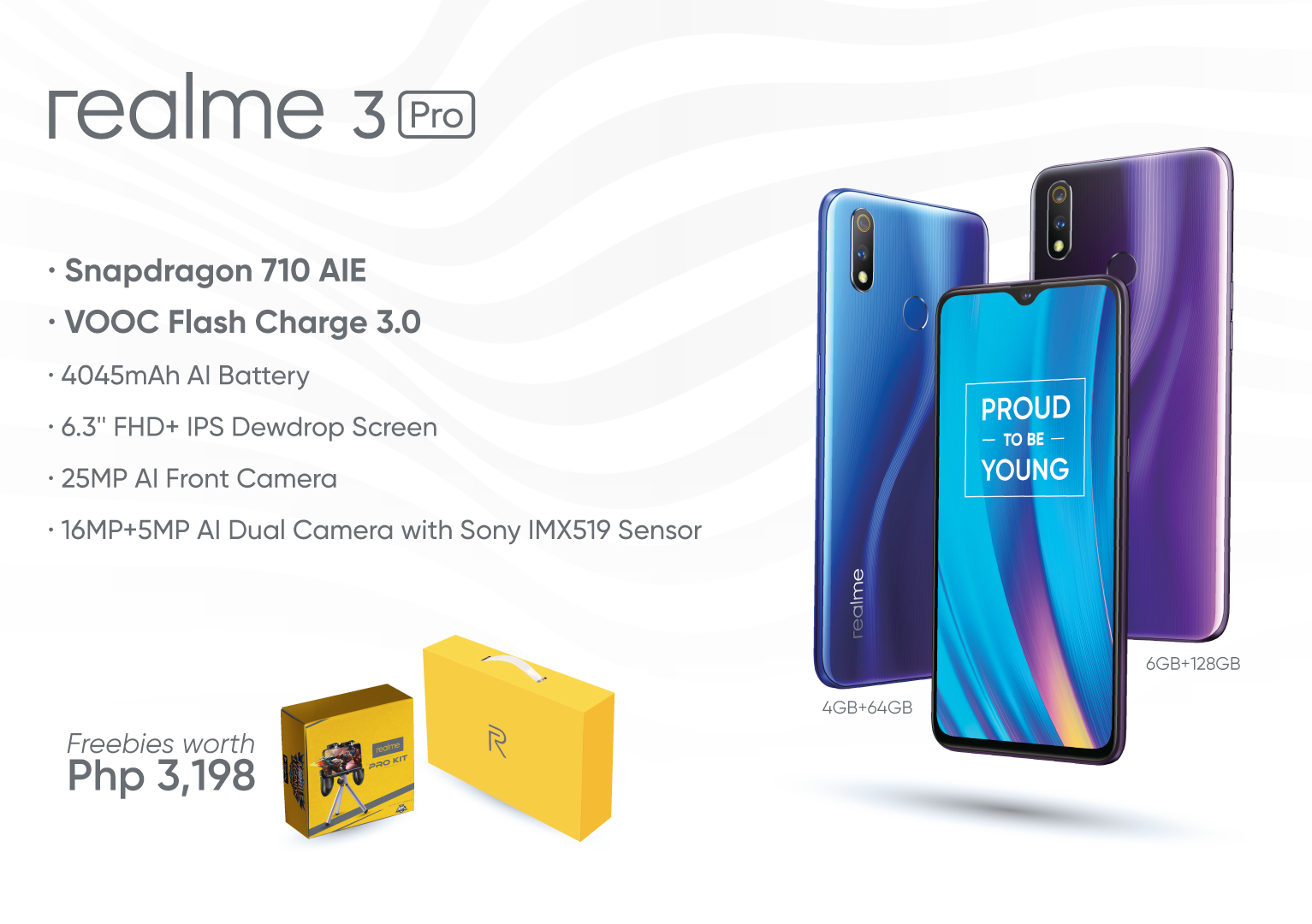 With a minimum deposit of 500 php, people can reserve either the 4GB RAM+64GB storage variant or the 6GB RAM+128GB storage variant. Both models are going to be exclusively available in Realme concept kiosks, MemoXpress,  PC Express, and Fonestyle stores nationwide.

We are humbled by the excitement we get from realme fans about the Realme 3 Pro, even weeks before its official launch here in the Philippines. We know that our loyal fans deserve the first dibs on our midrange champion, and this inspired us to start sales earlier than initially planned through a pre-order promo. We look forward to welcoming more members in our realme squad with this promo for our latest game-changing smartphone,

In addition, realme Philippines is inviting current realme users to join its upcoming realme 3 Pro launch on May 17, 2019 at Bonifacio Global City. Interested fans may check out the realme Squad Community Official on Facebook to know how to join.

For more information on the brand and its products, customers may visit realme Philippines’ official Facebook, Twitter and Instagram accounts. Buyers of the realme 3 Pro are also welcome to join the realme community on Facebook to see the latest news and discussions about the brand. Members also get exclusive invites to gatherings, special offers and many more.

Packed with an Adreno 616 GPU and a 10nm process-built Snapdragon 710 AIE processor, the Realme 3 Pro is promises to keep up with the gaming apps in trend without the fear of lagging. The phone is set to up the photography game of it’s users with its 16MP+5MP rear shooter supported by a Sony IMX 519 image sensor, Ultra HD mode, Chroma Boost and Super Nightscape Mode. The Realme 3 Pro is carrying a 4045mAh battery with VOOC 3.0 flash charge’s 20W charging power.