MSI has announced their month long Easter promotion with their Easter EGG-stra Promotion. 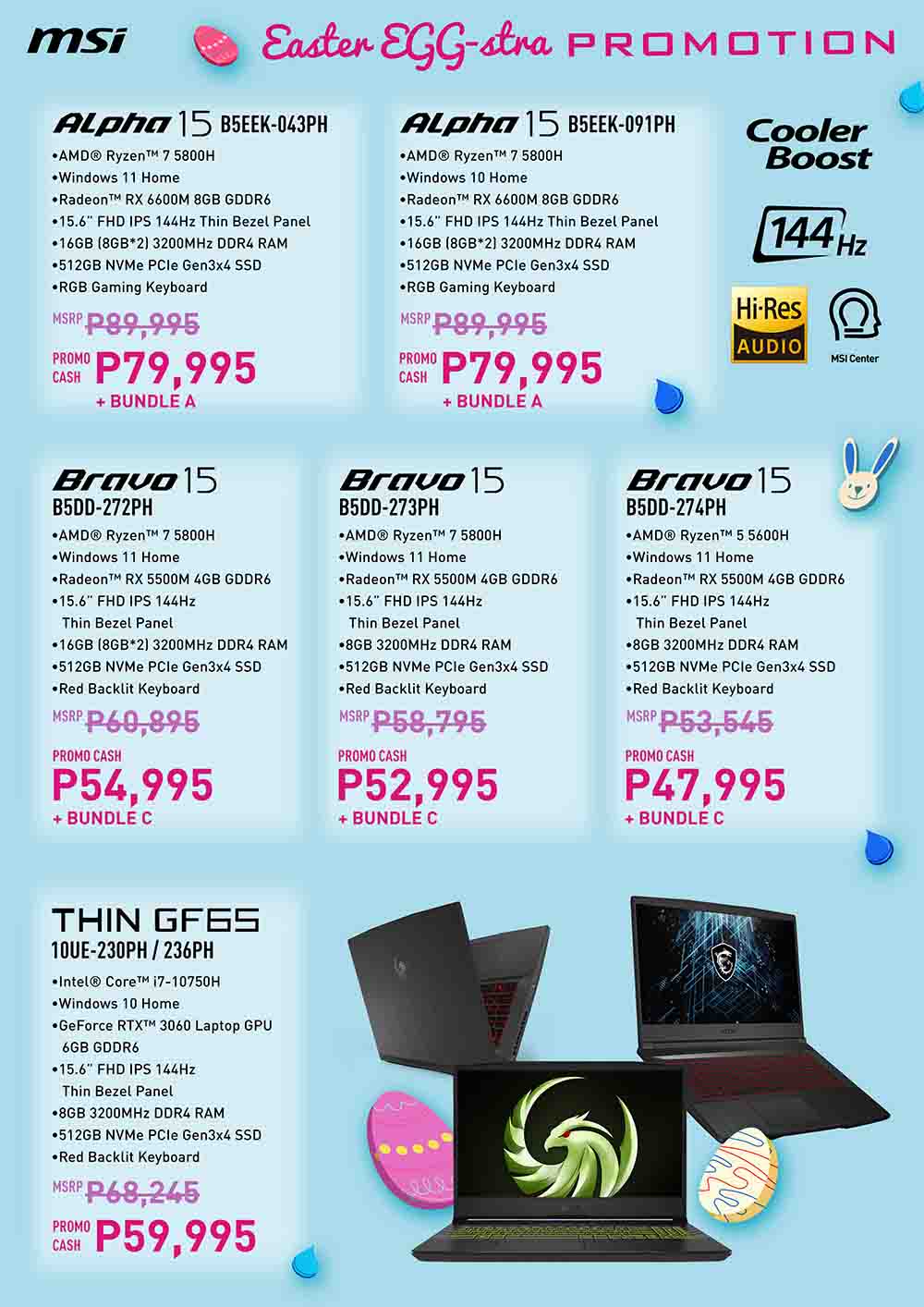 The Easter Egg-stra Promotion also includes MSI’s Thin GF65 and Katana GF66 series which are powered by the 10th and 11th Gen. Intel Core i7 processors respectively and both paired with NVIDIA’s GeForce RTX 30 Series. The Thin GF65 comes at a discounted price of ₱59,995 and the Katana GF66 series at ₱62,500 and ₱66,995 (limited edition). Get a gaming headset and thumb drive for the Katana GF66, and an additional Katana & Helmet Figure if you buy the limited edition.

As earlier mentioned MSI‘s business and productivity laptops are part of the promotion. These laptops powered by the 11th Gen. Intel Core processors and paired with Intel UHD Integrated graphics are off at ₱29,995 to ₱37,995 for the Modern 14 series and ₱38,995 for the Modern 15 series.

You can get these egg-sclusive offers through MSI Concept Stores, authorized resellers, and official online stores. Don’t miss the chance to hop in on MSI’s Easter Egg-stra Promotion this April 1-30, 2022.

For more information about the MSI Easter EGG-stra Promotion, you can head here.