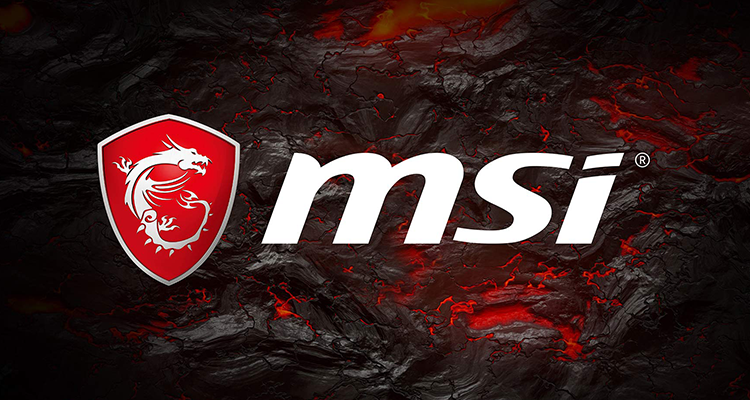 MSI has won accolades at Consumer Electronics Show (CES) 2020 with 10 innovation awards, which has established its pioneering status in both the gaming and content creation fields. Foreseeing future trends, MSI continues to innovate new advancements for laptops and will present its new flagship laptops, the GE66 Raider and GS66 Stealth along with an award-winning lineup of products made for both gamers and creators at this year’s CES.

This year, MSI unveils its futuristic flagship laptop: the GE66 Raider. The GE66 Raider is the fusion of sci-fi and resplendency. The design pays homage to the technology of tomorrow with its fantastic appearance, speed, and uncompromising performance. From the top chassis to the hinge, the integral aluminum casing, ornate with shining simulated titanium silver with subtle, cool-toned accents, exudes luster like rays of light gleamed from the galaxy. Most extraordinarily is the chassis which is illuminated by compelling, exclusive panoramic auroral lighting. The Mystic Light bar traverses the front of the GE66’s palmrest in 16.7 million colors which creates an alluring auroral, visionary ambiance.

The GE66 is much lighter, but with more uncompromised powerful performance than ever. The 15.6-inch laptop flaunts its new, aesthetic, oblique-angle design to present a sleeker, lighter appearance, while its performance is comprehensively upgraded. It is paired with an optional, ultra-fast 300Hz gaming display to deliver the most precise and blazing framerates; while its state-of-the-art hardware is powered by a 99.9Whr battery, the highest capacity allowed on flights, to extend the glory moments of gamers should their flights get delayed.

To demonstrate that the GE66 is a high-performance vehicle as powerful as a spaceship for gamers, a never-before-seen limited edition was born. The GE66 Raider Dragonshield Limited Edition is a design collaboration between MSI and famed digital artist Colie Wertz, known for his concept art and 3D modelling for Hollywood hit films such as the Star Wars prequels, Transformers and Iron Man.

I imagined the Dragonshield being the heart of the machine’s design. In doing so, I envisioned the shield being displayed prominently on the back of a winged ship. 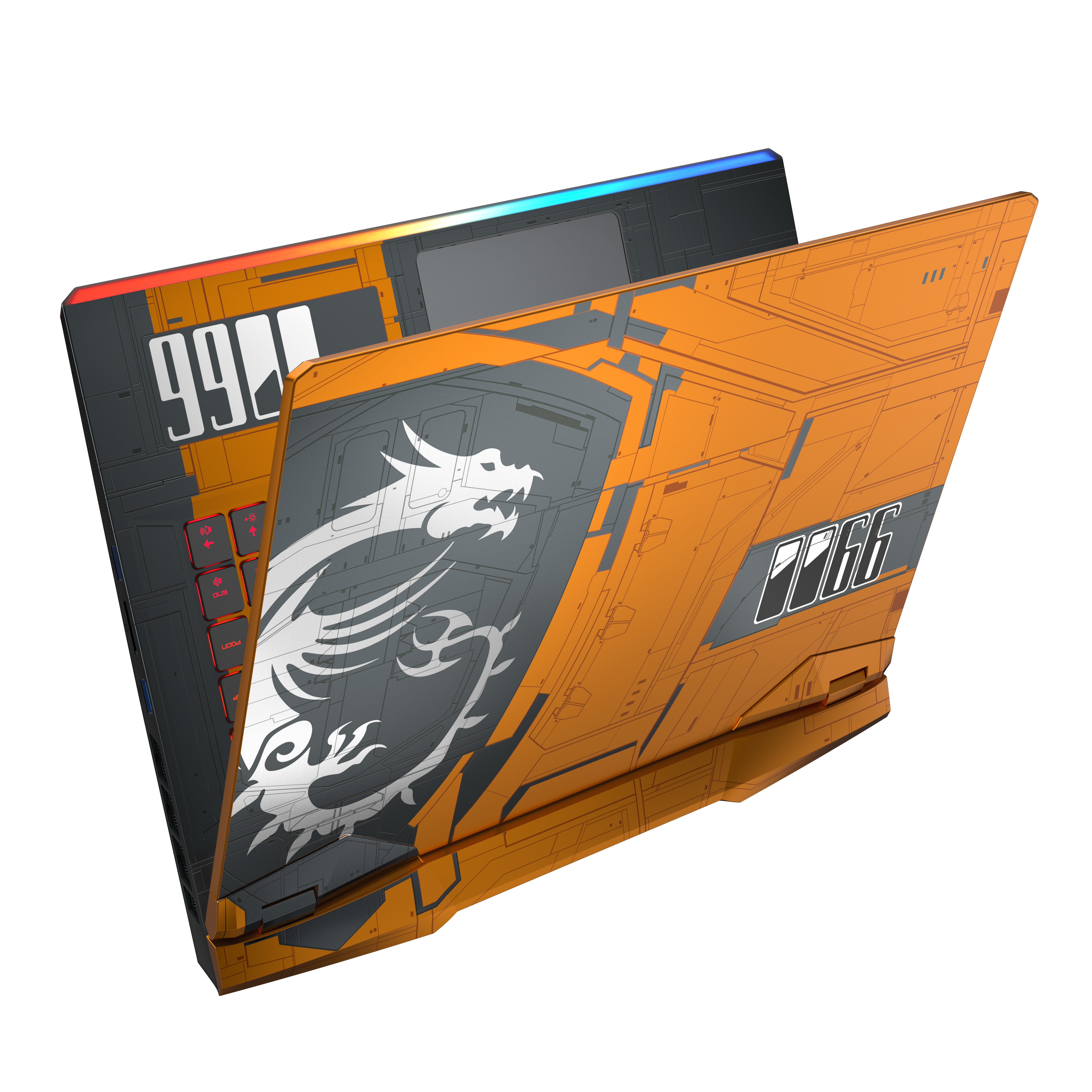 The chassis is partially armored with etched metal panels, which resembles the section of a spaceship. Colie Wertz successfully turned imagination into reality and vitalized the GE66 into a tough, interstellar fighter spacecraft from Star Wars, or maybe even droids like R2-D2 and BB-8. 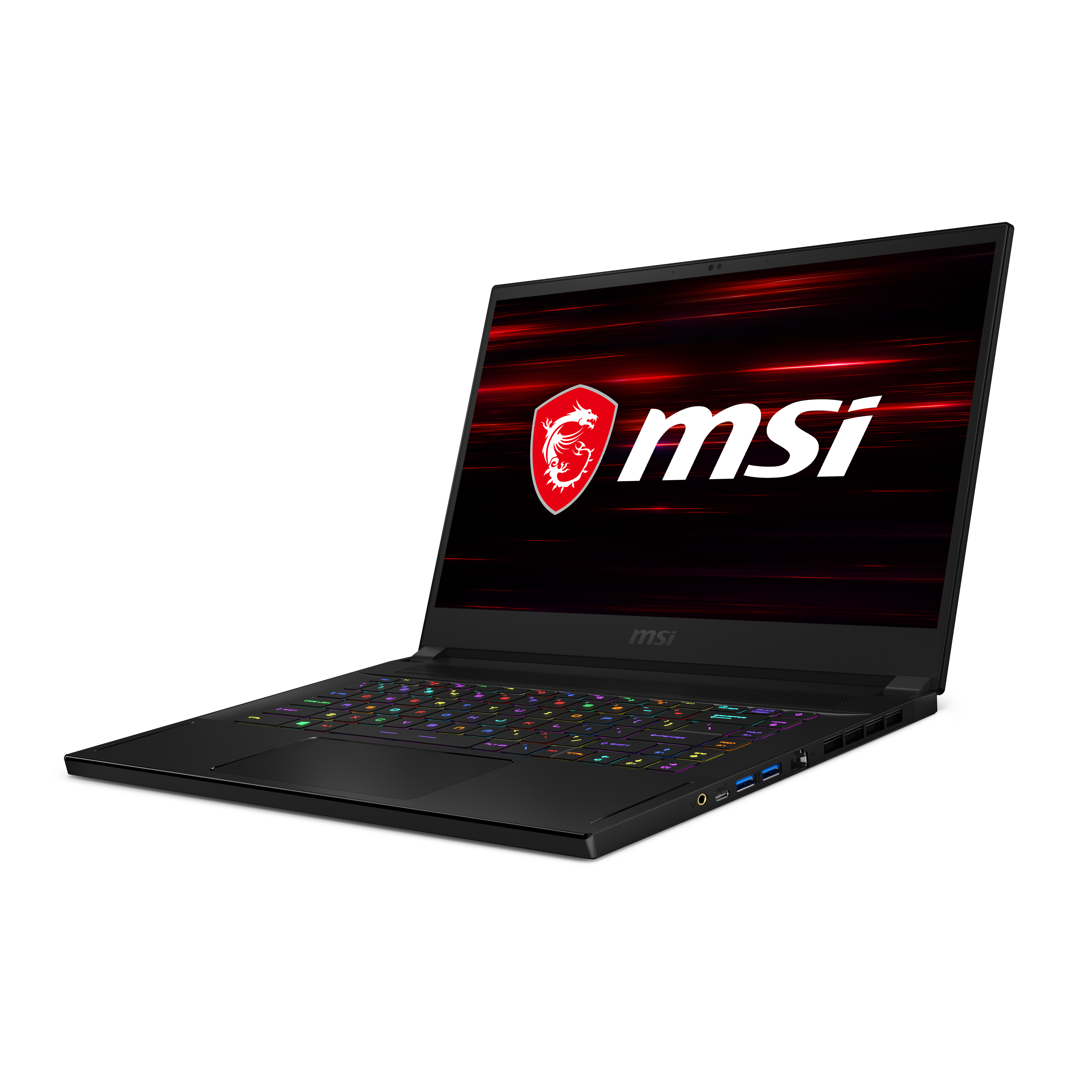 MSI GS66 Stealth is the latest member of the slim-n-light gaming squadron. The GS66 features a pure black, mystical theme and premium texture in a more low-key way, making it sharper and sleeker than ever. The cutting-edge features are all packed inside this stealth fighter, not only with a new battery that reaches the highest legal capacity for flying at 99.9Whr, but its triple-fan cooling design, Cooler Boost Trinity+, is now redesigned with the world’s thinnest 0.1mm fan blades for up to 10% more airflow for a much better thermal solution. With the most powerful battery and best cooling capacity, the GS66 has perfectly interpreted “worker by day, gamer by night” like a dark knight.

MSI Prestige 14 & 15 and Modern 14 powered by 10th Generation Intel Processors are now in the Philippines!

The award-winning MSI Prestige 14 & 15 and Modern 14 have received a much welcome upgrade and are now packing 10th Generation Intel processors for maximum performance for productivity. These laptops are excellent for content creation, enabling creators to take the power of a fully-loaded professional studio on the go.

These next-gen Intel processors redefine what’s possible in thin and light laptops enabling fast connectivity, smooth performance, and long battery life. The Prestige 14 & 15 can have up to a 4K display that boasts the most vibrant visuals with the brightest whites and deepest blacks with sharper, more detailed imagery. Furthermore, the screens are calibrated to support a wide color gamut, making it a contender for the best true-to-life color accuracy to human eyes.

For the list of available Creator laptops with Intel 10th Gen Processors and their full specifications head here.

All these breakthrough innovations are expected to outfit with the latest 10th Gen Intel Core H-series processors with NVIDIA GeForce graphics and will also be exhibited at this year’s CES, demonstrating MSI’s status as not just a leader in gaming laptops, but also a pioneer to evolve and develop laptops for creators.  For more information, MSI has set up a landing page with mysterious themes to display the latest leading-edge evolutionary laptops from MSI.