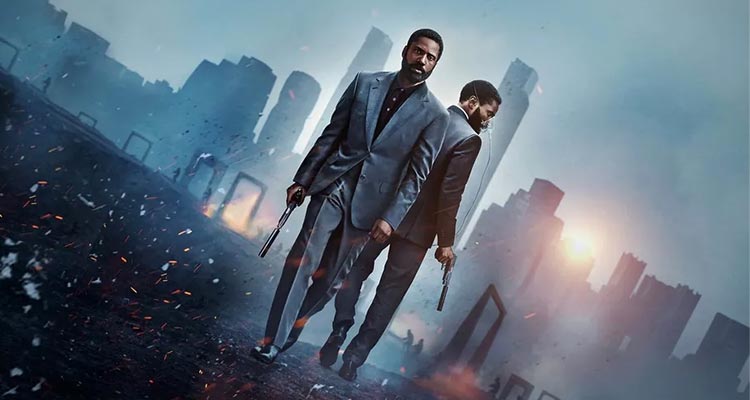 Just in time for the Independence Day holiday, Pinoy cinephiles are in for a treat as Tenet, the latest film from director Christopher Nolan premieres on HBO GO and HBO from June 12.

This original sci-fi action spectacle takes the Protagonist, played by John David Washington, through a twilight world of international espionage as he fights for the survival of the entire world on a mission that unfolds in something beyond real-time.

However, this story is not about time travel. It’s about inversion.

See the world in a new way

Most people see time as an unalterable dynamic of our existence, but in the hands of Christopher Nolan, it becomes a compellingly tractable thread, able to be bent, twisted, juxtaposed, or inverted.

The story takes on ideas of time and how we experience it—interacting a science fiction component with the classic elements of the spy genre.

As a storyteller, Nolan is well known for keeping details close, preferring audiences to discover the twists and turns of the plot as they are revealed. In describing the story, he cryptically shares,

Tenet is an espionage thriller with a Protagonist at its heart, who is inducted into a more-secret-than-secret organization known as Tenet. Often these types of characters are portrayed as being very hard and cynical. Yet, there is a degree of selflessness and self-sacrifice to what they do and what’s expected of them that speaks to a different set of ethics and an accountability and responsibility to their fellow man. John David Washington and I both felt that we had an opportunity here to tap into those attributes more, as a motivation for him doing the most extreme things, all for the greater good.

Washington, who stars as the character known only as the Protagonist, says that while

at the core of it, Tenet is about a man trying to save the world. The movie challenges our traditional ways of interpreting time, interpreting what we perceive is real, our learned behaviors. There’s a lot more going on. I had never read or seen anything like this before. Nobody has.

Tenet was filmed on location across seven countries – Estonia, Italy, India, Denmark, Norway, the United Kingdom, and the United States. Nolan says the global nature of the shoot befits the story.

The international component is very important because it’s about a threat to the entire world—to existence as a whole—and those stakes are integral to the drama. So, I think having that global feel is crucial to the rhythm of the film and the building of scope and scale.

The settings are essential to the director, who has long preferred to capture the action in-camera—eschewing greenscreen in favor of practical sets and relying more on special effects than visual effects. He notes,

I like blurring the boundaries between the photography of the actors, the situations they’re in, and the more improbable elements of the film, whether it’s an airplane crashing into a building or a sense of time being distorted. If there isn’t this divide between the fantastical and the character base, I believe you get a much more even tone to the film and you can keep the audience more engaged.

The film’s score was composed by Ludwig Göransson. Although he had never worked with Christopher Nolan before, Göransson shares that the director had a “colossal impact” on the way he approaches and experiences film.

Speaking with him, about his vision for the score, I was immediately struck by the depth of his musical knowledge and his drive to push the boundaries in music production with Tenet. When I started writing, those conversations became listening sessions where we would dissect the sounds, harmonies, and textures, then refine them little by little.

Stream or download Tenet on HBO GO. Download the app at the App Store or Play Store on your device. You can also access HBO GO via Cignal or at https://www.hbogoasia.com/. HBO GO can be accessed via Android TV, Apple TV, LG TV, and Samsung Smart TV – and comes with AirPlay and Google Cast functionality.