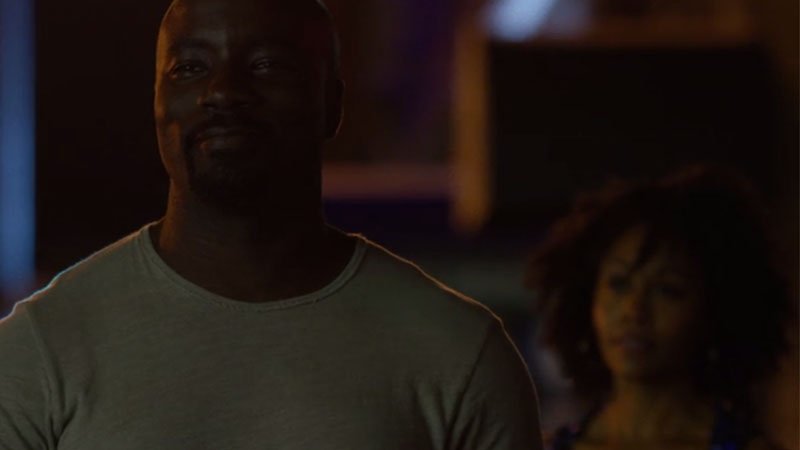 What’s up everyone, Gio here doing another Marvel series review. Today I am doing one on the first episode of the Netflix exclusive Luke Cage titled “Moment of Truth”. This series follows the life of the Hero for hire, Luke Cage. It is set in Harlem, New York after he meets Jessica Jones. 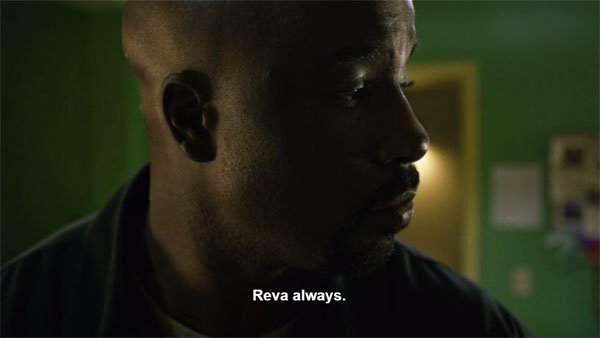 The series starts at Pop’s barber shop, where Luke Cage is currently employed as a janitor. This is where we are introduced to the prevailing problem for most people living in Harlem, which is poverty, lack of money to pay bills, and other expenses. Luke is seen working  on two jobs, one as a janitor in the barber shop and the other as a dish washer. There is also a reference here to the super hero name that he started with in the comics “Power Man” along with his powers of unbreakable skin and super strength. 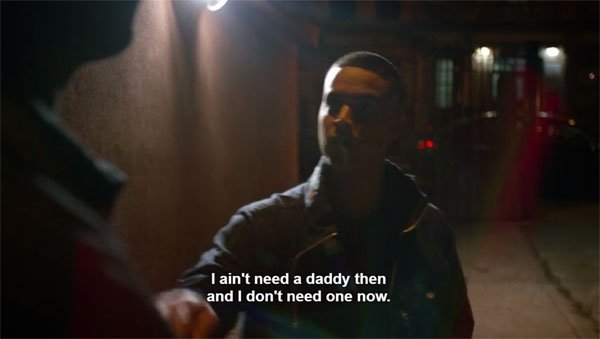 Next scene we see his co-worker Chico, who apparently keeps a gun on him (which usually means things aren’t going to end well for him), who rides with his friend Shameek (I don’t know how to spell his name). Luke Cage is late for his second job at the club. As he hurries towards the club he encounters his landlord, who reminds him of his late payments. He gives the money he made at the barber’s, and promises to pay after he gets back from his other job. He gets there, and apparently the bartender has called in sick, and apparently Luke is the next person in line when it comes to running the bar. He fills in for him where he see’s a lady, and they start to flirt with each other. Up on the balcony we have the main villain, or at least I think he is, Cornell “Cottonmouth”, talking to the Councilwoman, and a “business partner”. As they talk, a business transaction that Cornell had organized was being done. The deal is ambushed by Shameek, Chico, and the “sick” bartender, Dante. Some conflict happens and Smaheek shoots Dante because of his hesitation, and the fact that Dante is from Cornell’s club, and he is gone on the day that the money was stolen. The two of them leave not knowing Dante was still alive, Dante musters up his strength to let Cornell know of the stolen money. 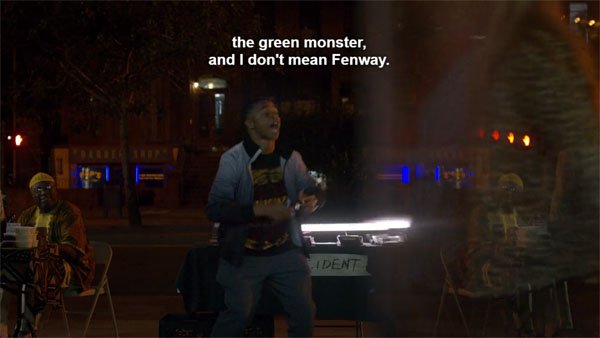 The next day Cornell is visited by a man called “Shades” to help him recover his stolen money. By relation to Dante they catch one of the people he was with, Shamiq, and beat him and kill him. I am skipping to near the end of the episode to leave some stuff for you to see yourself. We see at the building where Luke Cage lives, the landlords, the Chinese couple are being extorted just because they aren’t black, threatening to destroy the restaurant. In comes Luke to save the day, where we get a glimpse of his fighting capabilities and more of his powers. He beats them all, and in response to him saving them they try to reward him knowing how hard he has had it financially, of course being the hero he is he respectfully rejects the reward because it was just him helping out his community. Shortly after declining their offer, the Landlady offers to hire him(another reference to his comic persona). That was basically where the episode ends.

What separates Luke Cage from Jessica Jones and Daredevil, is the fact that in this series, he is one of the victims of the organized crime. You have Daredevil who is more of a third party since it doesn’t affect him directly, and you got Jessica Jones who didn’t really care at all, and was just looking to live from day to day. Luke Cage was framed for a murder, locked in jail, experimented on, and even financially he is a victim all caused by Cottonmouth. The people who have become very desperate.

Of all the 4 Defenders I think Luke Cage’s power has the least impact visually, since it doesn’t really translate well, though I do think making up for the CGI that could have been used, they did the choreography of the fight scene very well, showing him being the tank that he is starting with taking a punch to the face, and also catching a bullet with his bare hands. Story wise I’m not sure I can expect anything very intellectual I would say.

It’s just not part of his personality. where with big plot twists fit more into the stories of Jessica Jones, because she is a detective, and Matt Murdock because he is a lawyer, which gives them more things to do apart from the secret identities as super heroes. Though I do expect to see a lot more scenes where we see the perspective of the side characters like Pop’s, and maybe Chico which I think is the show’s strong point. Again this is still the first episode so my opinion of this series can still change for the better or worse.