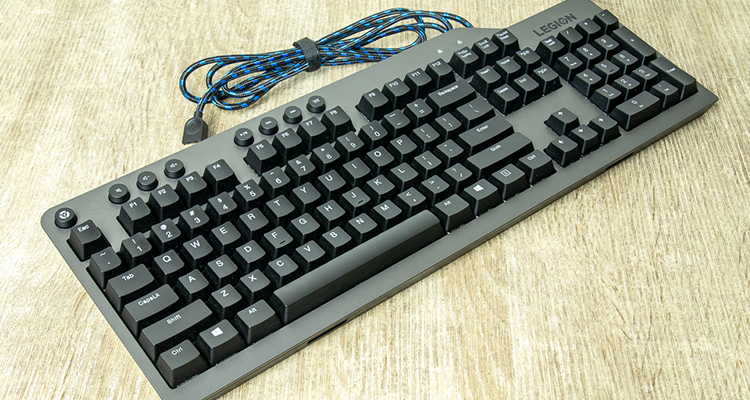 Lenovo’s growing family of gaming accessories is a welcome breath of fresh air. Lenovo recently introduced Legion into the gaming world with a suite of peripherals. They have been kind enough to send us samples to review and, in this review, we have the Lenovo Legion K500 mechanical gaming keyboard. 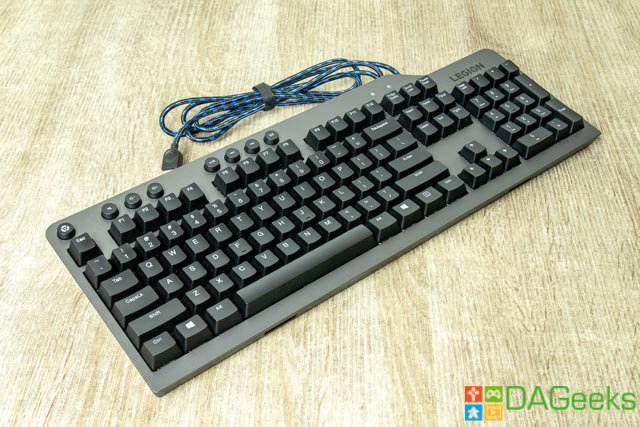 Mechanical keyboards have been used even way before computer gaming hit the mainstream. Increasing cost to manufacture caused them to be replaced by the vastly inferior, but manufacturer-friendly membrane keyboards. But recently, mechanical keyboards saw a surge in demand with the introduction of cheaper switches and gamers rediscovering how glorious it was to game on these devices. 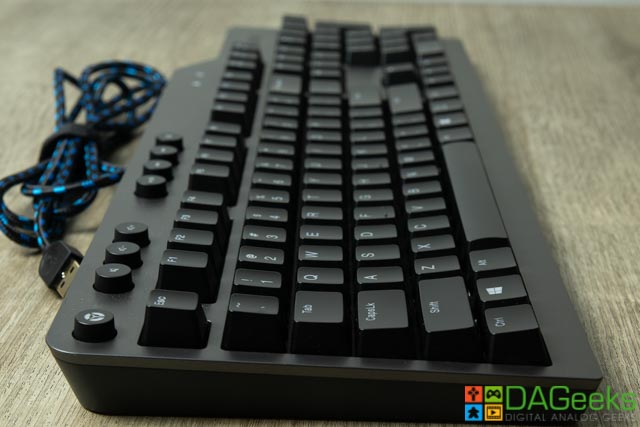 The Legion K500 gaming keyboard tries to penetrate that market as well and give gamers a new choice to type with. Adapting the minimalist design of the Legion family, the K500 is a no-frills keyboard that will get the job done. 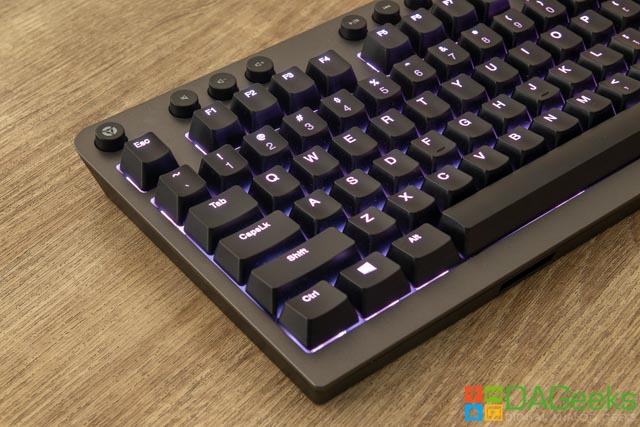 The K500 is a 104-key full-sized keyboard that has RGB backlighting. Popping off one of the keycaps reveals a red mechanical switch with the inscription “Long Hua” in it. A quick Google search led me to a thread in r/mechanicalkeyboards that says Long Hua is the company that makes Kailh switches. These keys are rated for up to 50 million clicks. 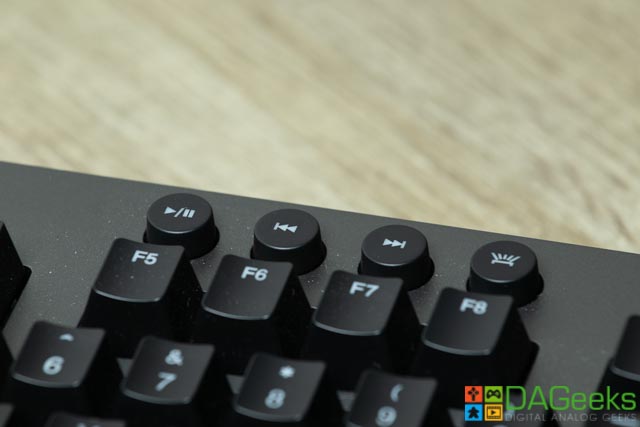 There are 7 media keys for volume up/down, play/pause, rewind, forward and a backlight key. There’s also a dedicated gaming key above the ESC key which disables the Windows key on the fly. Included on the package is a detachable arm rest if you prefer using one of those. 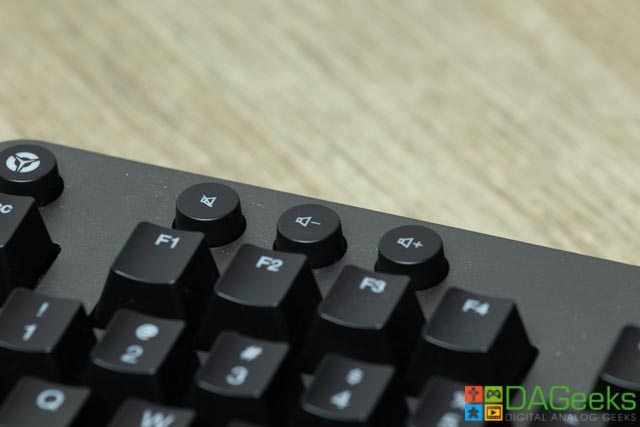 The case is solidly built and has some heft into it weighing in at around 1.2kg. You also have a braided 1.8m USB 2.0 cable with cable tie for some cable management. 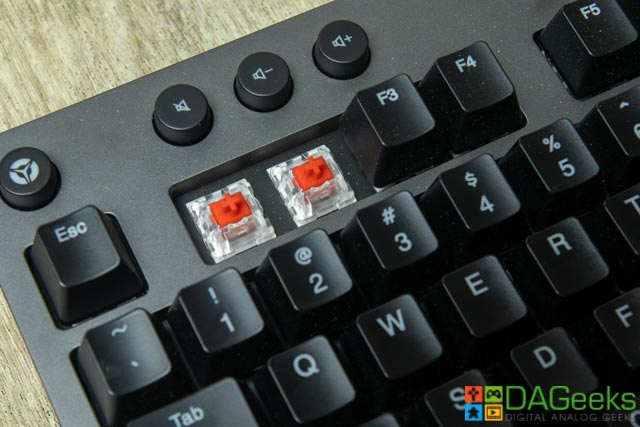 The red switch is a linear switch, which means it doesn’t have the same tactile feedback of the most common switch out there for mechanical keyboards, which is the blue switch. 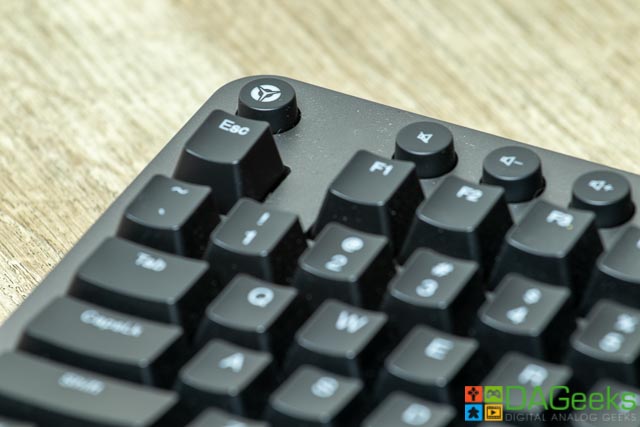 Red switches have been commonly referred to as gaming switches because they are light weight and provides a more rapid actuation and is supposed to be easier to press with 45g of actuation force. 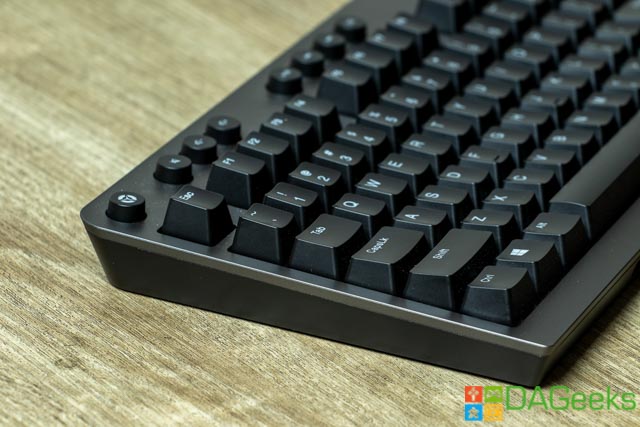 Because of this, red switches are also the quieter of the bunch, meaning you can game your heart out without waking anyone in your house. 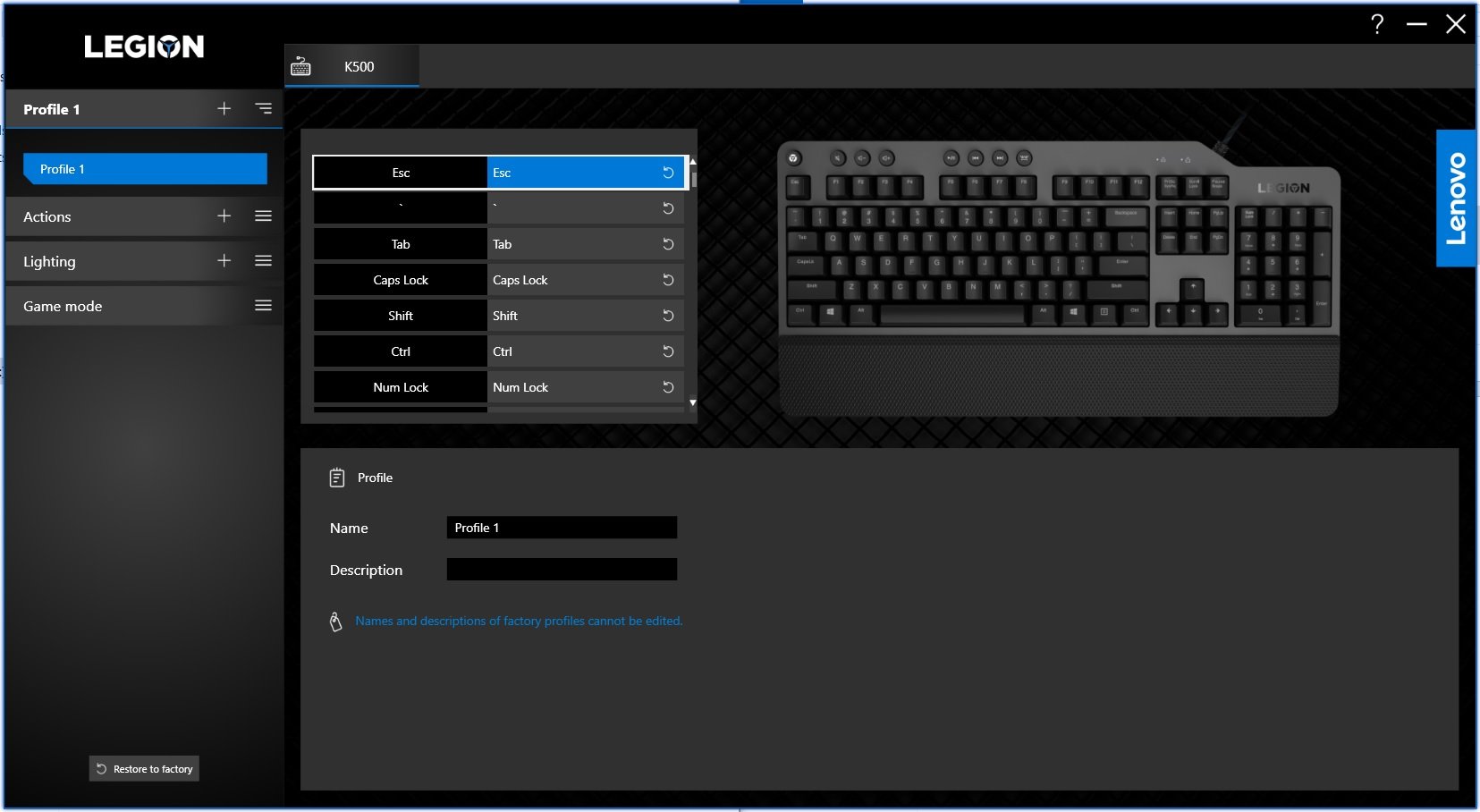 The Lenovo Legion K500 doesn’t bother you with gamery gimmicks and complicated software customization. Just a no-frills, worry-free, mechanical gaming experience. Now different people have different tastes when it comes to how they want their switches to perform. I could recommend you this Legion K500 and you could end up not wanting it because you want the clickety-clack of the blue switch, so it seems wise to first know what you prefer in a keyboard switch. 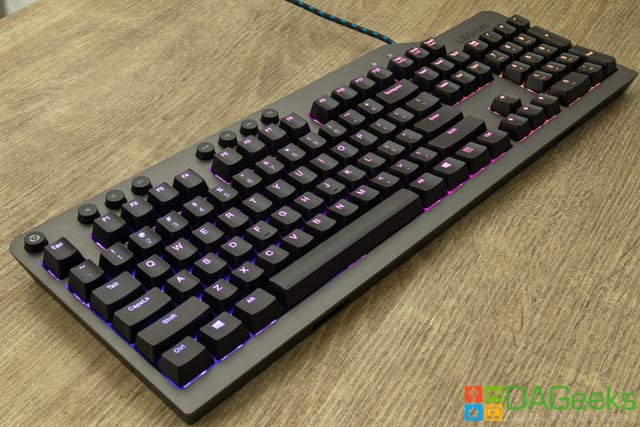 I myself am a fan of the Cherry MX Blue, but after using this for a while, I think I might get a red switch for my next keyboard as the linear switch really does feel good when you’re gaming. For 3,995 php, this is a keyboard I wouldn’t pass the opportunity on given the choice.