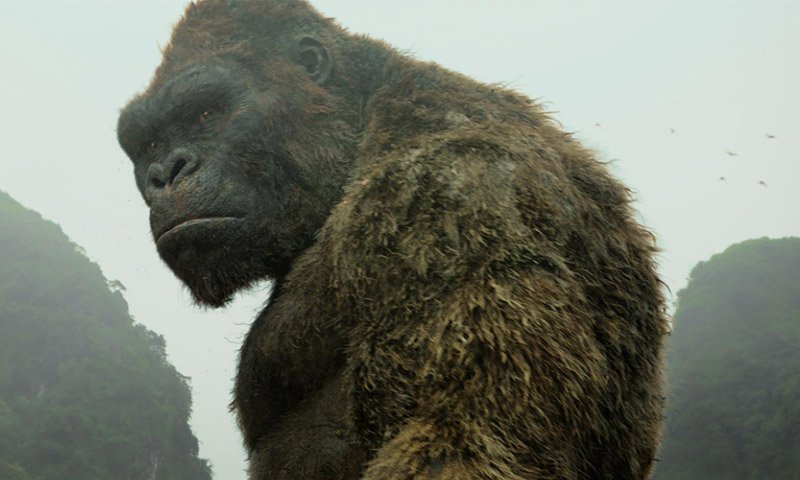 A venerable franchise, Kong seems to be made in the same monster universe as the recent Godzilla kaiju movie. The film is set in the 70s during the end of the Vietnam war and leverages the vibe of that bygone era. While important, the human actors of the film are not the main heroes – it is Kong of Skull Island who takes this role.

The movie is really a feature of the primeval Skull Island where Kong and many other monstrous beasts dwell. The apex beast of the island is Kong, but his features clearly show that he is not alone and has struggled to maintain his position. The setting of a lost land comes across in quite a few scenes, although some shots throw me back to familiar sights in South-East Asia (w/c is where Skull Island is anyway).

Although enjoyable as a movie, I felt that the character development of the different members of the Skull Island expeditionary team was a bit lackluster. Perhaps it was a decision to focus on the introduction of the setting and on Kong, but I considered it to have been a bit of a waste on the actors. They had some good moments but I would have wanted a little more depth to have been put into play for us to really enjoy their portrayals. The principal kaiju actors, Kong and his fellow mega-fauna, although an interesting bunch to watch, may require a bit of suspension of belief to enjoy thoroughly.

Ultimately, Kong is a decent romp of titanic proportions. It showcases the fights between massive creatures and the interaction (and interference) of mankind as it tries to survive the brutal and primeval threats it finds itself jumping into. Also, epic end credits scene, definitely stay for it if you enjoy kaiju movies.