We have the 27th Kamen Rider series out with the retro gaming themed, Kamen Rider Ex-Aid. The series continues to follow the more colorful and visually bright motif the Heisei riders have become since the start of 2010 with Kamen Rider W. This outing puts our protagonist, Emu Hojo (played by newbie Hiroki Iijima), a pediatrics trainee at Seito University Hospital facing against game themed cyber virus monsters called Bugsters.

The first episode starts of quite slow with a brief flashback on Emu Hojo’s history. We are briefly introduced to his motives on becoming a doctor. We are then introduced to the world Hojo’s in. Aside from the introduction that begun within the confines of a hospital. We are shown that Hojo has in fact another passion in life, gaming.

In Kamen Rider Ex-Aid, gaming has evolved to such a point that it has become more than just a mere entertainment tool. In fact, we are shown a world where the cyber zone transcend past into reality as the series antagonists, the Bugsters are cyber viruses that have affected man on a cellular level. These former cyber viruses affect their hosts in such a way that aside from getting physically sick, they would eventually turn into the monsters that has caused havoc to the real world. So to combat these monsters, this world’s secret group, the Cyber Rescue Center has created the Gamer Driver to combat these monsters. And supposedly, just like in previous Kamen Rider titles, one needs to have special skills to use the driver. 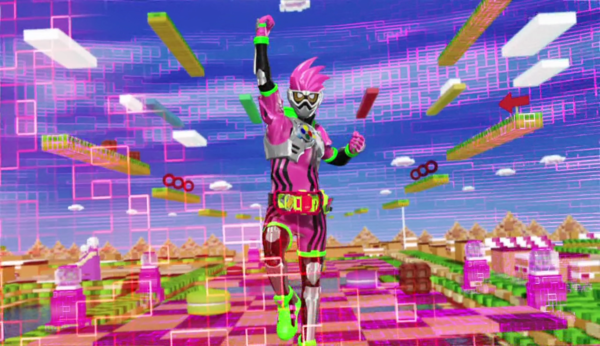 So far, the starting episode has had a few awkward starts. You can see first hand the actor still trying to get his footing with the first episode. In fact, even the main female lead, Asuna Karino (played by Ruka Matsuda) acting felt a bit too awkward whenever she’s on-screen. The show’s premise on the other hand would require you a to suspend your disbelief a bit more than usual. This would be required even more with the way game elements have been infused during the episode’s really ridiculous battle sequences. Ex-Aid’s visual design on the other hand is a bit too gaudy for my taste. While I have no problem seeing a bit of a purple/pink rider (heck we had Decade didn’t we?) his Mighty Action X form is a bit colorful for me. 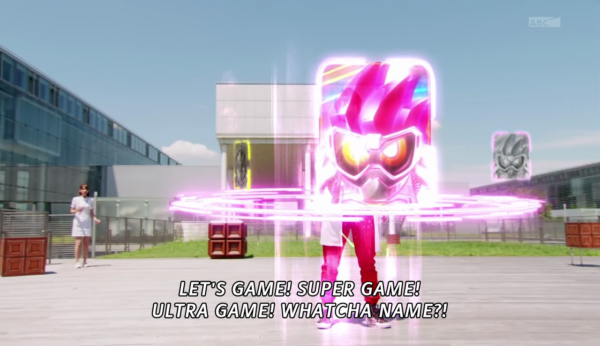 I also have to mention that the series feels just like how Kamen Rider Drive felt. With tons of elements reminiscent from Drive are also incorporated into Ex-Aid. Just like Tomari, Hojo, has his derpy moments. However, when the chips are down, he will step up the plate and really bring his A-game literally, as he is also a really good gamer, or so the episode’s narrative narrates. There’s also Hojo’s director is somewhat quirky just like Drive’s captain, with tons of visual cuts incorporated whenever he does his derpy moments. And let’s not forget Asuna Karino, who, just like Drive’s Kiriko Shijima, acts as the actual serious foil to Hojo’s derpy moments.

So far, the series has yet to get my full attention really. And a lot of scenes are cringe-worthy. Too much for the first episode of any series. I’m going to keep an eye on the series for the meantime since this was how I felt with Kamen Rider Gaim at the start. But the show eventually proved itself one of the really good series to me, especially in the narrative’s escalation part.

So far, Ex-Aid encapsulates the Kamen Rider theme that I’ve always wanted. Since I’ve really believed that gaming as a theme is just ripe for a Kamen Rider title. But right now, I’m sure this isn’t the Game themed Kamen Rider I’ve wanted.

Some notable elements in the episode: 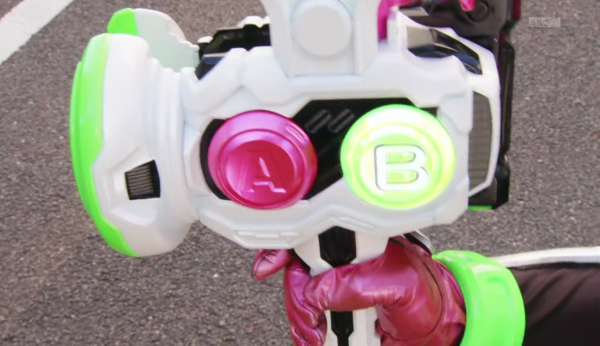