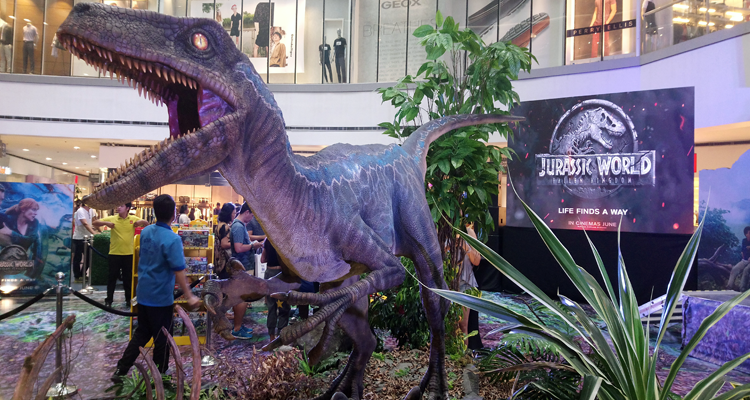 SM North EDSA the Block Atrium is home for the Jurassic World: Fallen Kingdom exhibit to promote the upcoming movie this coming June.

The one day pre-launch event had attendees participate in Jurassic World-themed games and events especially to kids who were at the event.

Three years after the destruction of the Jurassic World theme park, Owen Grady (Chris Pratt) and Claire Dearing (Bryce Dallas Howard) return to the island of Isla Nublar to save the remaining dinosaurs from a volcano that’s about to erupt. They soon encounter terrifying new breeds of gigantic dinos while uncovering a conspiracy that threatens the entire planet.

Jurassic World: Fallen Kingdom is going to be shown worldwide this coming June 6, 2018.