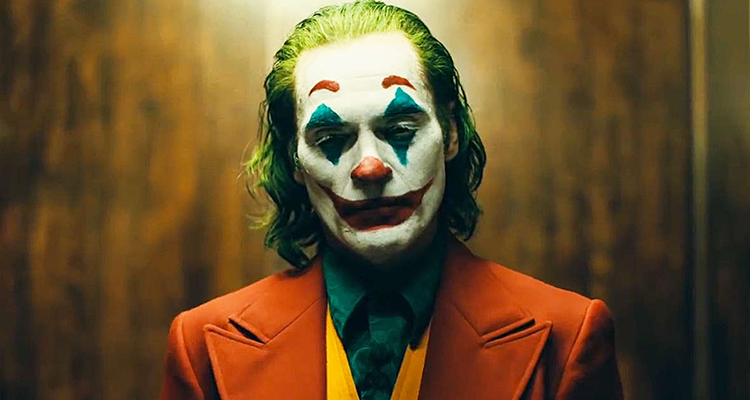 Word on the street is there’s a new clown reigning the box office these days, but this one don’t float. Joker lives up to its hype by being bold, gritty, “real”, and devastating. It’s sensational, yes, but for anyone to say that they enjoyed watching it must either be using those words wrong or a sadist. It’s very unsettling and unnerving, designed to disturb its viewers by showcasing things we normally avert our gazes from – secondhand embarrassment, imminent failures, mental illness – to name a few. And while this doesn’t sound very enticing so far, it’s exactly its fearlessness to stomp and dance on these eggshells people usually tiptoe around that provides its appeal.

DC has come a long way from the campy attempts at Justice League and the fever dream that was Suicide Squad. Now that it no longer focuses on creating episodes of an extended movie-verse, DC films have upped the ante on its storytelling quality. But have they gone too far with their latest venture?

The Joker serves as an origin story for the titular villain, and how his narrative goes is hardly what one would expect knowing classic interpretations of Gotham’s clown prince of crime. It tells the tale of a one mentally ill Arthur Fleck who enjoys working as a clown in a morally starved Gotham City. His sickness is that he has a tick where he gets random uncontrollable fits of maniacal laughter which paves the way of his future self. Despite this causing people to look down on him as a social pariah, he still remains humble and content with his simple life of making (some) people happy, taking care of his aging mother, and dreaming of one day becoming a successful stand-up comedian. But life isn’t very kind to Arthur as misfortune after misfortune hounds him in every step – from people taking advantage of his good nature to abuse to injustice to circumstances he could do little against. Spoiler-free nutshell, cascading bouts of bad days drive Arthur into a downward spiral until he finally breaks and becomes the murderous psychopath we know him to be.

What a lot of people find controversial about this is that it lends a sympathy to those who felt unfortunate enough that they had to resort to violence – which might inspire more violence. Given that shootings, bombings, and various other acts of terrorism are rampant in the world today, people might see The Joker as vindication and glorification of violence given that they can justify it as “reclaimed justice”. But what I feel the true motive of the movie is to show how we as a society demonize anything that doesn’t follow the norm – mental illness being the case in this movie. Arthur wasn’t malicious or inclined to violence. He was simply a man who has had the cards stacked too high against him and has grown too tired of a system that refuses to see him as a being worthy of love and life. The narrative follows heavily on the “Then Let Me Be Evil” trope, where a non-evil character gets labeled and treated as evil long enough that he just gives up proving they’re wrong and becomes the monster they made him out to be.

Something that really struck me was a line he wrote in his journal, which reads “The worst thing about mental illness is that people expect you to behave as if you don’t”, and the movie plays mostly on this as a theme. It is quite saddening as this is a truth I can witness in life – not just for mental illness, but in almost every negative situation. People are always expected to be “considerate” about everyone else that sometimes it’s frowned upon for you to just let yourself feel and react. We are expected to not make things inconvenient for anyone else as a courtesy.  This aspect of The Joker paints the “Inconvenient Truth” of mental illness and social politics, and I sympathize with that. People should be allowed to express themselves – to feel when they need to, to act as they feel, then be guided accordingly – not to be stifled before they are even given the option to think about it. People being uncomfortable watching the movie is the point as it needs to be pointed out that people suffer from what we consider normal behavior and it needs to be corrected.

But that is probably where my sympathy with The Joker ends. A lot of things about the movie unnerved me, but these things that made me uncomfortable I can also see as a truth that needs accepting. But the one thing I was truly averse to was that it unconsciously created a direct link between violence and mental illness. While Heath Ledger’s portrayal of the Joker was also criticized for exacerbating stereotypes of mental health, he kept the characterization vague and muddled enough for people not to be able to draw a clear path to his questionable sanity. Joaquin Phoenix’ Joker explicitly links it, which is problematic and irresponsible.

To be honest, I can’t even see it as a comic book movie. It could have done away with all the nods towards the Gotham-verse and it would have still have the same effect. I find it a compelling story though not one I can recommend to anyone, even to fans. It’s like a step or two further than Killing Joke. While I do applaud it for daring to cover an issue most try to avoid, and for Phoenix’ stellar performance, you would need the moral stomach to get through it.

One thing I could say that could get people interested to watch though is that it gets interesting if you rewatch it at least once (assuming you’re still standing after your first run, of course). The movie uses Arthur mainly as an unreliable narrator – meaning it gets revealed later on that some (or maybe a lot) of the events that happened in the movie are not exactly what was shown to us and are shown to be delusions of his. Once you feel brave enough to dive into it again, it’s quite interesting to see and try to figure out which parts may or may not have really happened and see how this multiple changes in perspective affects the story for you.

That said, I think Joker is a movie that isn’t necessarily a must-see but its message is a must-hear – at least the part about sympathy for social outcasts. While I do think it’s masterfully crafted from visuals to design to sounds to performance, I felt that it may have relied on its sensationalism and jumped too many leaps in logic. It tells an interesting story – not necessarily a good one, but an interesting one indeed, and I encourage anyone with the moral stomach and stamina to give it a try and sift through its storytelling to find the well-intended message it wanted to give across.