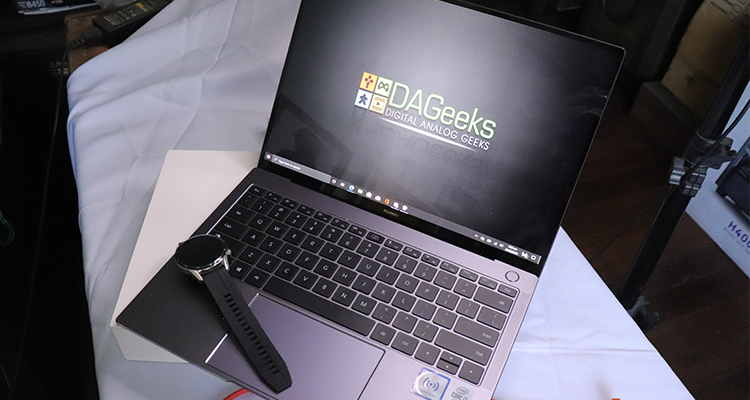 Huawei’s MateBook X Pro Made Me Interested with Touchscreen Laptops

I never really thought about getting touch screen laptops until now

As I type this first impressions article of Huawei‘s MateBook X Pro, I’ve seen my fair share of laptops and their gimmicks from various brands. And I must admit, this would be the first time that I’d have an extended experience with a touchscreen laptop. I must say that I’m pretty impressed with not only the aesthetics of the device, but also the amount of things I can do now that I have a touch screen instead of relying on the built-in trackpad.

The unit’s overall aesthetic follows the usual themes of what you’d expect from a device that focus primarily on bringing minimalistic experience to the user. Out of the box, you have the unit itself and the 65W USB-C power adapter.

I actually like the idea of Huawei using Type-C as it’s connector since it means that in the off chance (or when) the included cable breaks, or is ruined or frayed, you can just easily find a replacement in the various cable stores within the metro.

What I notice immediately is that the MateBook X Pro is pretty light. With an approximately 1.33kg weight, it’s a lot lighter than the laptops I’ve used to review and experience. With the MateBook X Pro being this light it’s a bad decision for me to bring the laptop to bed to be honest. I already destroyed a laptop by accidentally drop kicking it when I fell asleep watching on when I was asleep. It was already a heavy ASUS Strix laptop, so what more than the Light as a book MateBook X Pro.

Of course, that didn’t stop me from doing so. Nothing ventured, nothing gained right?

Out of the Box Media Consumption

As part of this specific first impressions article. I wanted to experience the MateBook X Pro in terms of how it let’s me go through my usual media consumption. And so far I’m impressed with how vivid the colors are especially within a dark room setting. However, the default settings is making it hard for me to see the darker shades of Snowpiercer, the show I was watching with on the MateBook X Pro.

The sound quality on the other hand is lackluster. Though I pretty much expected this since this isn’t really one of the device’ more prominent features.

The other thing that I liked, though I found weird at first is the built-in camera for the MateBook X Pro. While the camera itself isn’t impressive, the placement is weird since the camera can be found in the middle of the keyboard layout. This is weird since I’ve already been used to see laptop cameras on the top of the screen in the middle. While the camera placement is weird, I liked that you can press the camera to open up physically. This at least shows that there’s some sort of camera safety measure with the MateBook X Pro.

So watch out for my full review in the next few weeks!