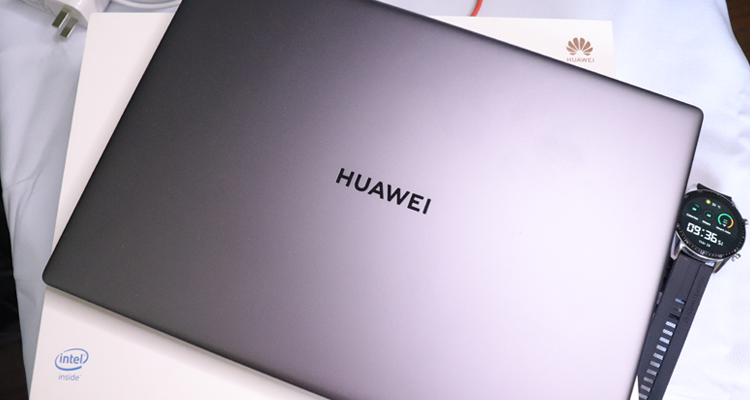 Made me want to get a touchscreen laptop actually

Huawei hasn’t been known locally for its non-smartphone products save for its wearables and tablets which we have covered here. But this would be the first time that anyone from DAGeeks has done a review of Huawei‘s notebook offering. And I must say while skeptical at first, my experience with their top of the line MateBook, the MateBook X Pro made me change my mind about the brand’s capability of branching outside of what we in the team used to see from them.

Before I start things off, here’s the spec list of the Huawei MateBook X Pro:

With that said, the initial impression of the Huawei MateBook X Pro is that of elegance and simplicity. This fits exactly with the aesthetic Huawei is aiming for for the MateBook X Pro, which is basically a device that subtly blends into your office decor.

It’s one of those notebooks that looks like an iPad or a tablet at a cursory glance, in fact, it feels like a tablet more than a notebook with the light metallic chassis and the eight of the device of around 1.33kg making it easier to carry around by hand or by bag.

The Huawei MateBook X Pro was designed with ultra-slim bezels on all sides. Huawei was able to fit in a 13.9″ Ultra FullView display which supports up to a 3k resolution at 260ppi. The display allows makes looking at documents that I was working on and even writing blog posts easy on the eyes even when I am using the notebook in a pretty dark room.

The vibrance of the screen lends to ease of watching shows via Netflix and from Prime Video. Though there are times when I had to increase the brightness of the display on dark scenes. I had to adjust the display a few times but eventually got the sweet spot so whenever I work or watch leisurely it’s easy on the eyes.

One of the Huawei MateBook X Pro‘s prime feature is the 10-Point touchscreen. The screen is very responsive that it can easily distinguish between tapping or dragging across the screen. The response rate is in fact so smooth and reactive that it’s a good supplement to the clickpad or in you can, in fact, use the screen more than the aforementioned clickpad. Another thing that’s notable is the screen’s anti-fingerprint coating for protection, while the fingerprint does show on certain angles, it’s not as prominent when you use it.

During the review period, I’ve tried to watch Netflix with the Huawei MateBook X Pro. While I’ve already mentioned the experience visually, it’s audio delivery, on the other hand, is pretty decent. It’s something that you wouldn’t write home about and since you’re pretty much using the MateBook X Pro not for its audio delivery but for its visuals. If you’re looking for a more robust sound it’s better you rely on a separate speaker or earbuds/earphones which you can plug using the 3.5mm stereo headset jack.

Another test I had to do with the Huawei MateBook X Pro was the gaming capabilities it has. I was able to install Legends of Runeterra and League of Legends on it since those are the less than demanding games that I can install with it. Since the MateBook X Pro carries an NVIDIA MX 250 with 2GB GDDR5 and Intel UHD Graphics.

So aside from using the MateBook X Pro as a media and gaming notebook, I focused on the notebook’s utility which is the MateBook X Pro’s main bread and butter. And as far as I’ve tested it out, it pretty much delivers its promise. The mix of the notebook’s lightweight chassis, it’s pretty snappy keyboard and it’s surprisingly responsive clickpad. I must say, however, using the clickpad does take time to get used to especially with trying to get the left and right mouse clickers.

Using the MateBook X Pro as my day to day is a comfortable experience. Since it’s light and the keyboards are pretty easy to use to whatever flat surface I can find me typing on (in fact, I was also typing this review on my bed and on my work table, switching between the two places).

There’s one thing of note though when I was using the MateBook X Pro, is that the notebook heats up real fast especially if you’re using max settings on the device. It actually became hot enough that it actually burned me when I wasn’t paying attention. This is going to be problematic especially if you’re using the MateBook X Pro on your lap. Though to prevent this I actually just had the notebook at lower settings so that it doesn’t create too much hear during usage.

Considering all the features the Huawei MateBook X Pro has, the more prominent features I love with the notebook is the fingerprint power button which also makes logging into the device without the burden of actually trying to remember your PIN or your password. Another notable feature is the included 65W Power Adapter. And since the device uses a USB-Type C cable as it’s charging cable, it’s pretty much usable not only for the MateBook X Pro but also on other devices.

Price-wise, the Huawei MateBook X Pro is priced at around ₱119,990 which is pretty much within the batting price range for the Apple Macbook Pro. So if you’re looking for the window’s equivalent of the Macbook Pro then this is pretty much it’s Window’s alternative.

Overall, the Huawei MateBook X Pro is a delight to use. It checks off all everything it set out to do and provides a compact, light but complete Windows experience in a 14″ body.