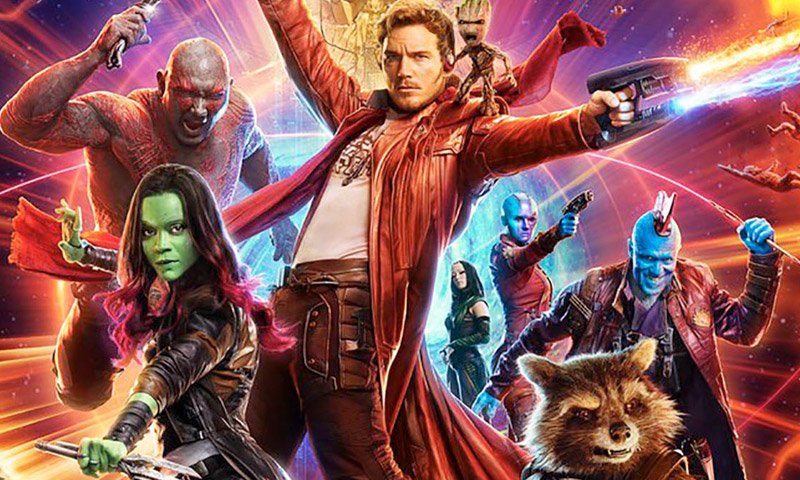 GotG2 is one of the more expected movies of the year, coming from the success of its predecessor. Considered to be somewhat of a surprise hit, the first movie was funky and fairly original. It brought together an interesting mix of strong musical themes, an interesting plot line, and a cast of characters that proved to be quite powerful.

Guardians Vol. 2 attempts to replicate this formula. The movie is full of comedic moments and lines, each highlighting the quirks of the characters who deliver them and help to set the odd dynamics and relationships between everyone. It makes for interesting byplay between the members of the team as a whole.

However, the movie seems to suffer from the mix of epic moments and the comedy sometimes it works out well enough, but in other sequences it feels a little awkward. It was only by recalling that the tone of the movie as a whole is a bit of tongue-in- cheek that I was able to settle down and just enjoy the film as a whole. The mix of awesomeness and comedic (perhaps campy) parts didn’t quite meld together for some parts, but it gets it done.

The movie really revolves around the character development of the team members. I felt some cases were a bit rushed, such as Rocket’s and Nebula’s. But the depictions of some of the others made up for it. Yondu (Michael Rooker), Drax, and Mantis (Pom Klementeiff) were particularly enjoyable in the movie, both with their storylines and their roles. And as always, watching Starlord and Gamora’s dynamic was fun to see.

As for the other members of the movie, Ego’s (Kurt Russel) role was interesting although I felt his “presence” declined towards the latter half of the movie – which was understandable, given his character was a cosmic being. I do look forward to Kraglin (Sean Gunn) in the subsequent movies though, as well as the Sovereign high priestess (Elizabeth Debicki), who was quite a showstealer.

Another highlight of the film was the gratuitous use of more 80’s-era music. Unfortunately, I wasn’t able to appreciate most of it until near the middle and the end. The climax fight scene made particularly good use of the music.

Overall, Guardians Vol. 2 was enjoyable, if perhaps a little too ambitious in trying to replicate its own formula. It nonetheless maintains its signature mix of epic scale conflicts with personal dramas, alongside very thematic 80’s music and colorful visuals.