Warning: A non-numeric value encountered in /home/dageeks7/public_html/wp-content/themes/valenti/library/core.php on line 1457


Ever since last year I’ve been totally enjoying the GL553VE I purchased from ASUS. And I have been enjoying the laptop immensely. I can stream and even play a lot of games that my old Lenovo laptop could not, and at the same time I’ve been able to fully enjoy the whole experience of gaining (and using) my very first gaming laptop.

With that said I still can’t at this point call myself an expert in laptops. So just a disclaimer for this review, most of what I’ll mention for the GL503V is purely experiential. I won’t go through the review and act as if I know everything and be totally technical. There are other blogs that can do that for you like Gadget Pilipinas and Back2Gaming who have done a more technical and in-depth review of the unit. 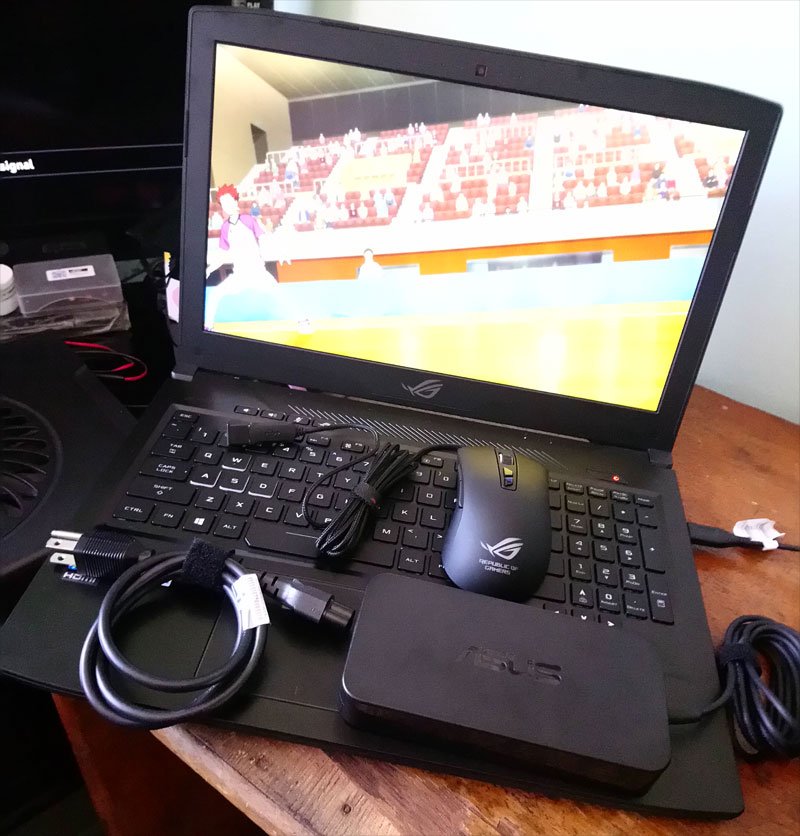 What you can get out of the box

For those looking to get into the nitty-gritty of the ROG laptop, here’s the tech specs of the unit I’ve been given to review:

One of the things that popped out when I opened the box for the GL503VD is the change in design for the unit. Unlike it’s predecessor the 553VE where the design is clearly “for gaming” and that the branding is a bit gaudy. The 503VD’s visual design is a bit more subtle (subtle as gaming laptops are concerned anyway) and the ROG branding is not as in your face as the brand’s older laptop designs. I actually appreciated that ASUS put on the ROG logo in the low center of the screen instead of having REPUBLIC OF GAMERS spelled out on as I had on the 553VE (yes, we get it alright, this is an ROG laptop).

Another notable change in the design for the 503VD is the way the usb ports are now better distributed. Instead of having the USB ports crammed all within one cluster in the laptop (like the 553VEs), the 503VD’s USB port has better spacing in between, which allows for a more workable cabling solution, especially for those who are going to use the laptop as their main computer. Also, I liked that the SD Card slot is now on the sides of the laptop, instead of having it smack dab in the middle of the laptop like that of the 553VE’s.

Another notable design improvement for the 503VD is that the laptop is really light for a gaming laptop. It’s even lighter than the 553VE even though the ASUS website has both laptops at around 2.5KG. I also like the thinner profile since the 503VD doesn’t have an optical drive like the 553VE.

The laptop’s more compact and more comfortable to lug around. 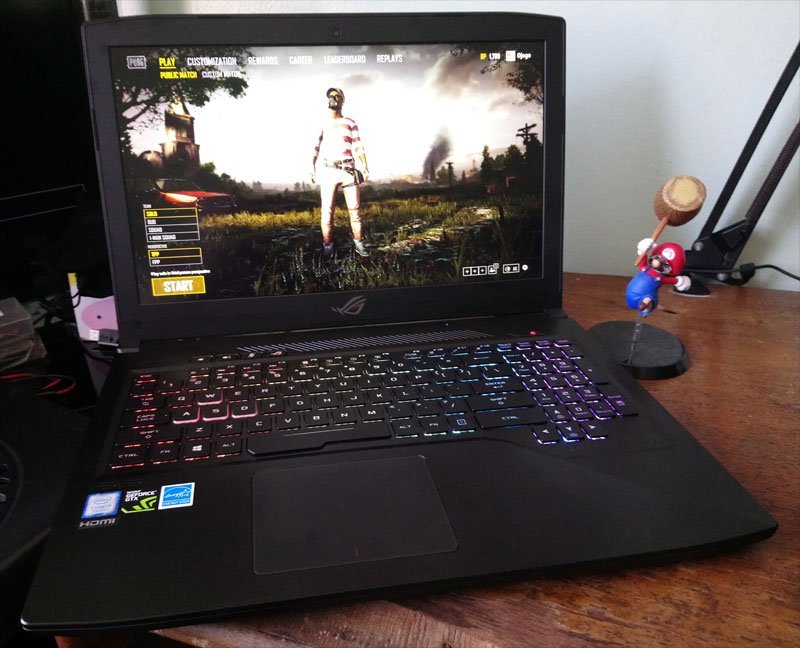 Moving on to the 503VD’s performance. Everything is up to spec when it comes to the laptop’s overall performance. With the NVIDIA GeForce GTX1050 4GB installed as the laptop’s video card I can run most popular games like PUBG and League of Legends at high capacity without having frame skips. However, since the laptop comes with only 8GB of RAM and the SSD is at 128GB, you may want to upgrade both to maximize the design and performance specially since games right now are becoming too RAM and HD intensive.

The 15.6 inch 60Hz screen is wonderful on the eyes. I can read documents easily and even watching movies on the unit is comfortable even on it’s default setting. The unit though allows you to adjust the screen’s setting if you find the default setting’s unbearable through the splendid app.

Another notable addition to the 503VD is the laptop’s built-in speakers. The sounds are crisp and solid and the bass registers quite well.

Meanwhile, the laptop’s built-in keyboard feels like a step down from it’s predecessors. I did not like the hand feel of the 503VD and didn’t like that the keys felt like they were just pasted over the laptop. I prefer my keyboards to have a bit more resistance, and I like them to feel like every key stroke I do has a bit of resistance from the keyboard I’m using. RGB fans though will still be able to enjoy the keyboard since you can setup the RGB colors for the keyboard though ASUS’ Aura Core Program which is practically included in every ROG laptop right now. 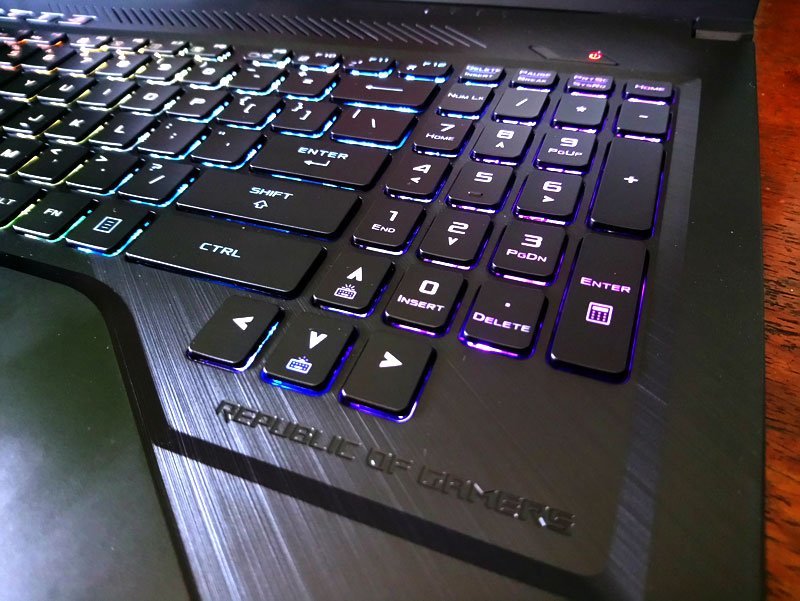 If there’s one expected problem with the 503VD is the short battery life. It’s kind of expected, and I got a minimum of 2 hours of playing on the laptop on battery with all the specs turned low to extend the life as much as I can.

The 503VD is a solid entry level gaming laptop for anyone who’s looking for one. With the specs and price tag of 69.995 PHP the  503VD has enough in its plate for gamers to really enjoy what it has to offer. I personally loved the design changes ASUS did witht he 503VD and I hope that they incorporate this design philosophy to their other laptop lines down the line.