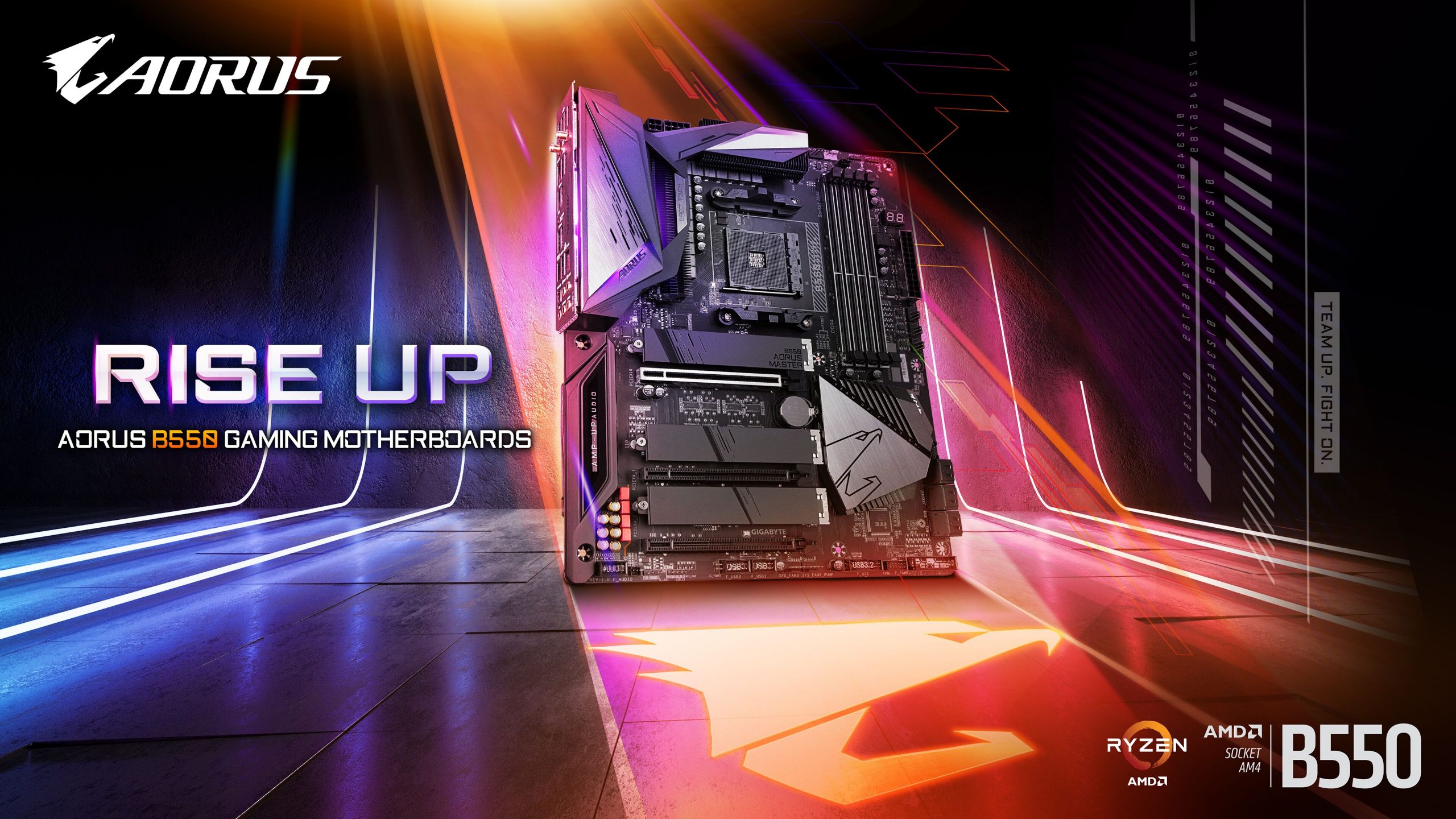 Gigabyte Launches its B550 Aorus Motherboards

With the launch of 3rd generation AMD Ryzen desktop processors, Gigabyte recently launched their B550 motherboards to support the 7nm chips from AMD. These boards feature the much awaited PCIe 4.0 for faster solid state drives, GPUs and other components. New features also include up to Direct 16 phases of digital power with advanced thermal solutions for a much more stable power delivery to your components. Select models will feature native USB 3.2 Gen2 interfaces, a feature-rich I/O panel with a preinstalled I/O shield, latest Wi-Fi technologies and Ultra Durable technology set to deliver an unmatched user experience.

Gigabyte 550 Aorus motherboards provides users the choice of whether they’ll need 10+3 phases, 12+2 DrMOS all-digital PWN design, go to the flagship model with a maximum 1120 amps solid power supply with 16 phases or as low as 6+2 phases of DrMOS for mini-ITX lovers. This versatility ensures that consumers don’t waste any resources or cash to any extra feature set they probably won’t be needing. The power efficiency and durability of these boards ensure that you’ll get the maximum overclocking potential out of your 3rd gen AMD Ryzen desktop processors. 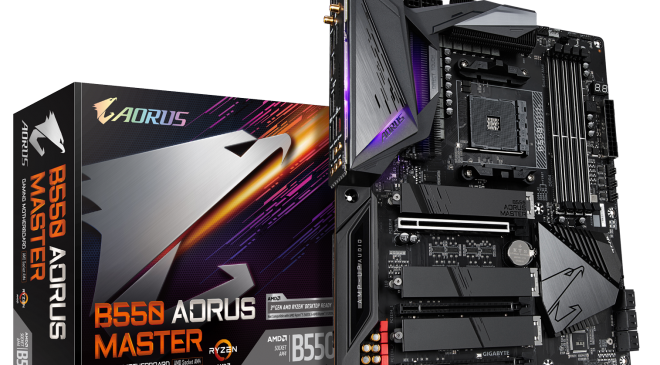 Every board in the B550 chipset supports PCIe 4.0 M.2 for blazing fast read/write and data transfers. All boards also implement a thermal guard design to ensure that your SSDs are cool and optimally performing under load. The flagship model, the B550 Aorus Master, features 3 PCIe 4.0 x4 M.2 slots which is strategically laid out directly from the processor to enable bandwidth allocation between PCIe and M.2 slots accordingly. It can even allow you to build an NVMe M.2 SSD RAID 0 array which can theoretically achieve 12,700MB/s write without compromising the performance of your GPUs. 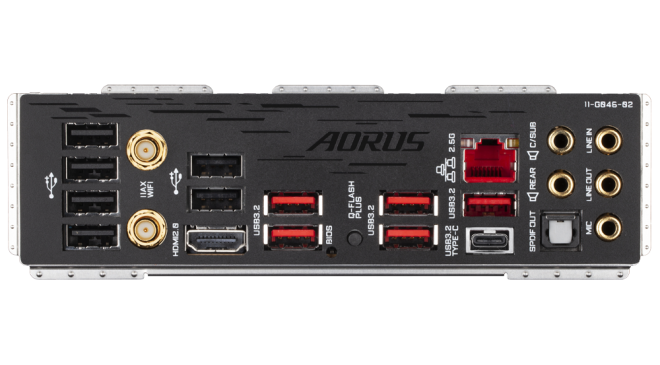 Gigabyte B550 Aorus boards are equipped with a comprehensive lineup of mainstream connectivity extensions and are capable of future upgrades. The ATX and Mini-ITX boards have 2.5Gbps ethernet ports, double the speed of gigabit LAN. Select motherboards like the B550 Aorus Pro AC features Intel WiFi 802.11ac and the B550I Aorus Pro AX features the newer WiFi-6 802.11ax protocol with 2T2R high-gain antennas. Gigabyte B550 Aorus motherboards also feature the latest USB 3.2 Gen 2 interface, allowing users to have speeds of up to 10 Gbps with compatible USB devices and USB Type-C connectivity on select models. The preinstalled I/O shield gives first-time builders the confidence of not forgetting to install the I/O shield after their build is finished. 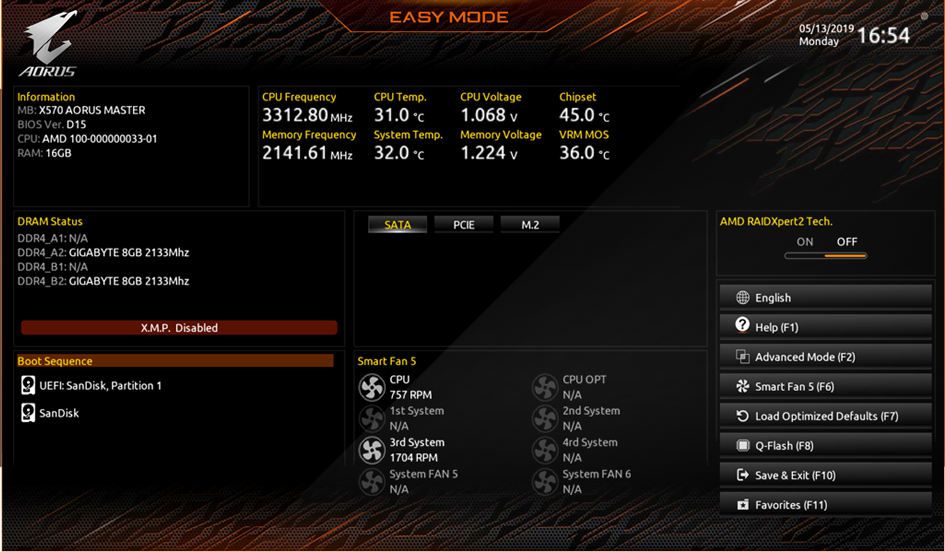 The B550 series motherboards features the latest Q-Flash Plus Technology which allows users to easily update the BIOS even before installing a processor or connecting anything really to the motherboard. Gigabyte B550 Aorus motherboards has a user-friendly BIOS interface so users can confidently fine tune their system to their liking and squeezing every ounce of performance out of their system.

The B550 Aorus series motherboards feature RGB Fusion LED lighting, programmable LED/RGB strip lights support, Smart Fan and several aesthetic-oriented features. Not only are they designed to look good, Gigabyte use only the finest components reinforced by their Ultra Durable Technology to extend the life of each part. All of these combined, solid caps, digital power designs, Smart Fan technology for energy-conserving and effective cooling solutions make Gigabyte B550 Aorus motherboards an excellent choice for enthusiasts looking to build their next generation AMD Ryzen system.