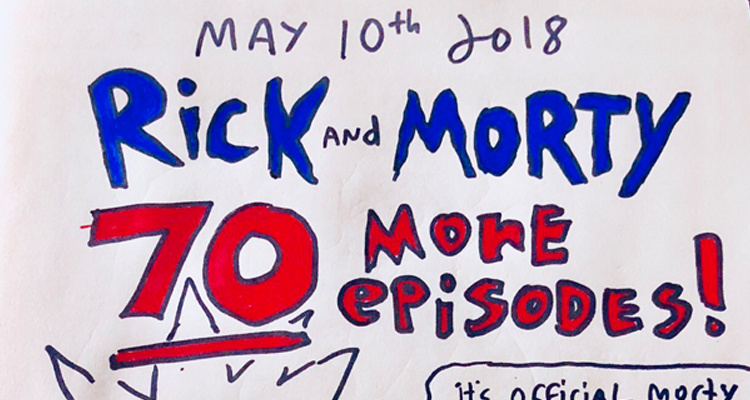 Get Schwifty with 70 More Rick and Morty Episodes!!

If you’re a fan of Rick and Morty, or just got caught up with the Szechuan Sauce thing, or just trying to figure out what the hell does getting schwifty mean, you’re in luck. Justin Roiland the co-creator of the series and the voice of Rick and Morty tweeted that 70 more episodes are being ordered by Adult Swim to him and co-creator Dan Harmon.

More Rick and Morty coming. Looking forward to all the tweets asking where it is! #theydrawingit pic.twitter.com/KZild3B9rP

He and Harmon actually made another awkwardly fun video sharing to us that they “need to go back to work” on Harmon’s instagram account:

Nothing this big has ever been seen in my shower

While the dates for the new episodes or season hasn’t been announced yet, at least we have an idea that the series will have a long run somewhere down the line.